Home » When Warren Buffett eventually is no longer Berkshire Hathaway CEO, Greg Abel will succeed him 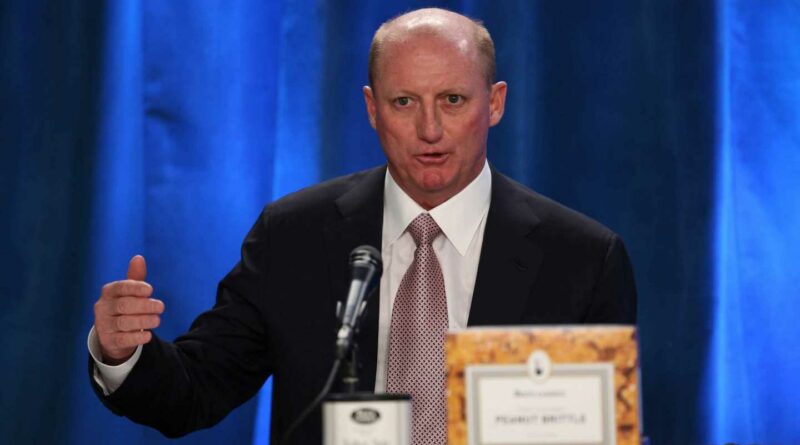 For the millions of people who tuned into the Berkshire Hathaway annual meeting on Saturday, careful viewers were rewarded with an unexpected bit of news: Who will be the next CEO of the company.

In response to a question about whether the company would eventually be too complex to manage, Berkshire Vice Chairman Charlie Munger, 97, made a comment that, on the surface at least, wasn't all that surprising.

"Greg will keep the culture," Munger said simply, explaining that the company's decentralized nature would outlast both he and Warren Buffett.

But that was enough to clue in some Berkshire watchers, who have been wondering about succession plans at the conglomerate once Chairman and CEO Buffett, 90, is no longer in charge. To many, it signaled the top job will go to Vice Chairman Greg Abel, who currently runs all of the non-insurance operations.

The impression was an accurate one, CNBC can confirm.

"The directors are in agreement that if something were to happen to me tonight it would be Greg who'd take over tomorrow morning," Buffett said. He praised both Greg Abel and Vice Chairman Ajit Jain, who runs all of Berkshire's insurance operations.

Both had been seen as being in the running for the top job since they were promoted to vice chairmen of the company in 2018. "If, heaven forbid, anything happened to Greg tonight then it would be Ajit," said Buffett, adding that age is a determining factor for the board. Abel is 59 and Jain is 69. "They're both wonderful guys. The likelihood of someone having a 20-year runway though makes a real difference."

The question of who would take over after Buffett has been a source of speculation for over 15 years. For years, it was assumed that Buffett's successor would be David Sokol, who ran both MidAmerican Energy, now called Berkshire Hathaway Energy, and NetJets for Berkshire. But Sokol left Berkshire in 2011 after it was disclosed he had taken on a $10 million stake in chemical company Lubrizol shortly before recommending Berkshire buy the company.

From Buffett's perspective, Munger was simply acknowledging what has been a common practice for the board of directors. "We've always at Berkshire had basically a unanimous agreement as to who should take over the next day," said Buffett. "The world's paying more attention now."

Japan to use cyberattack countermeasures to protect Tokyo Games