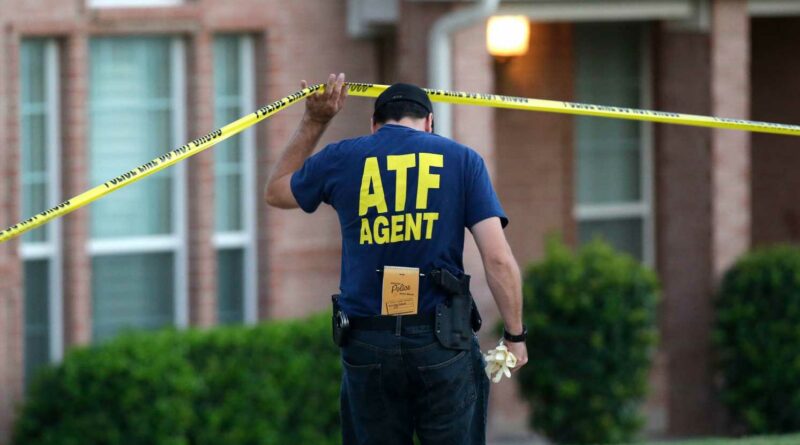 The chasm between congressional inaction and the real toll of gun violence was on stark display Wednesday. A gunman was killing nine people at their workplace in San Jose, California, as President Joe Biden’s nominee to lead the U.S. Bureau of Alcohol, Tobacco, Firearms, and Explosives faced ludicrous questions about firearms from members of the Senate Judiciary Committee.

Over 17,500 people have already died from gun violence this year, while interference by the gun lobby and its bought politicians have stopped the ATF from fulfilling its role as the agency charged with overseeing and regulating the gun industry.

A landmark report published by this newspaper Wednesday now clearly shows the cost of that interference: American lives. Brady, the organization I lead, provided tens of thousands of pages of inspection reports to USA TODAY and The Trace which we had obtained through a Freedom of Information Act request and subsequent litigation. Those reports reveal the extent to which this interference has hobbled the ATF and allowed crime guns to flow unchecked into our communities.

The ATF inspected gun dealers on average only once nearly every seven years, the reports show, and would only lightly enforce existing laws or penalize those who broke them. In one particularly galling statistic, analysis of these reports showed that “More than 81% of violators received no penalty or a written warning. The ATF sought revocation of only 580 violators, or 1.6%”

In real terms, these are not paperwork infractions. They are often wanton and blatant violations of federal laws designed to stop guns from flowing into the hands of those who should not have them.

That is not to say that the men and women at the ATF are unconcerned with their charge. The gun lobby has stopped Congress from adequately funding and modernizing ATF while passing riders and provisions to prohibit it from publicizing statistics and findings from its work.

B. Todd Jones, a former U.S. attorney who served as the ATF’s last and only Senate-confirmed leader explained that the gun lobby’s machinations have effectively tied ATF’s hands. “We did our best to plug holes and stop the worst offenders,” he told USA TODAY. “But what’s the alternative? No regulation at all?”

Our answer is no. The alternative is breaking the gun lobby’s stranglehold on the ATF and allowing it to do its job to protect American lives. Brady has already been working with communities impacted by everyday gun violence nationwide with our Enhanced Inspections Initiative to help identify dealers with real risk of violations. But ATF could galvanize that work across the nation and use its resources to shut down illegal trade in guns if simple steps are taken.

Boulder shooting: Senators have no excuse for inaction on guns. Tell them to save lives.

First, Congress must adequately fund the ATF so that it can perform its basic functions. As USA Today and The Trace reported, Congress has opposed increasing funds for ATF. That must end. The mission is too important to be held hostage by gun extremists who represent the views of a vanishingly small minority of Americans and gun owners.

Second, Congress must repeal ridiculous congressional riders and other gifts to the gun industry like the “Tiahrt Amendments.” These riders were pushed by the NRA to prevent the publication of trace data, essentially, hampering ATF inspectors in the course of their duties and pulling a curtain over the most irresponsible practices of the gun industry. There are already solutions to this, some of which the Biden administration can address directly, but Congress needs to reverse once and for all the stranglehold on ATF that these riders created.

Now is the moment to transform ATF

Finally, the Senate must confirm David Chipman as ATF director. Chipman served as an ATF Special Agent for 25 years, helping to lead complex investigations such as the 1993 World Trade Center Bombing and the Oklahoma City Bombing. He understands ATF’s needs and the agency’s critical role in stopping gun trafficking and preventing gun violence, having worked on stopping illegal gun and drug trafficking from the Tidewater Virginia area to New York as well as having served since 2016 as a senior adviser to Giffords, the group named after former Rep. Gabby Giffords, a gun violence survivor.

All of this is why his nomination has been endorsed by numerous attorneys general, former ATF agents and law enforcement officials. USA TODAY’s reporting showed the extent of the problems facing ATF. Chipman is ready to take the helm on day one, steward ATF, and ensure that the agency can perform its critical oversight role. The Senate must confirm him at once.

These steps will help put ATF on the path towards a fully functioning, modern and accountable law enforcement agency. It is far past time to do that – and with advocates for gun-violence prevention controlling the House, the Senate and the White House, this is the moment we can finally get it done.

Kris Brown is the president of Brady, one of the oldest gun violence prevention organizations in the country. Follow her on Twitter: @KrisB_Brown 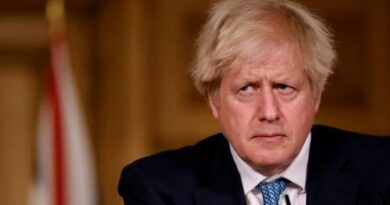 Andrew Yang on ‘The View’: Looking forward to upcoming debates