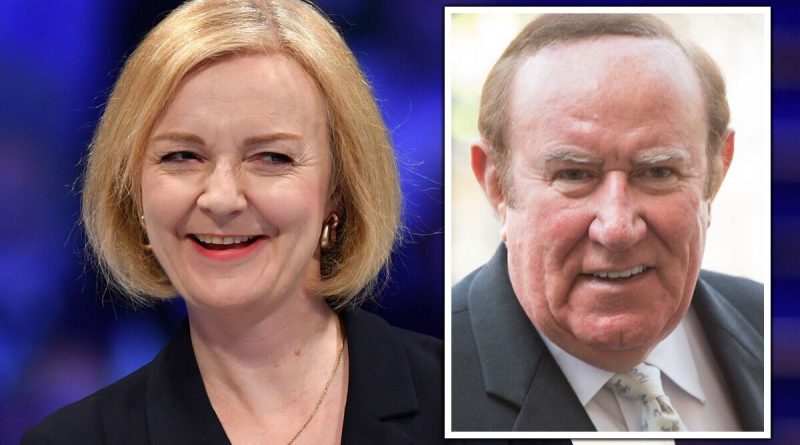 The UK’s next Prime Minister will be announced later today after Tory members voted for who they want to take the keys to Number 10. Either Liz Truss or Rishi Sunak will take the reins in a turbulent time for the country as it grapples with the cost of living crisis, ongoing Brexit negotiations, and the war in Ukraine.
The Foreign Secretary is widely expected to beat Rishi Sunak in the contest to replace Boris Johnson, with the result set to be announced at midday.

But Andrew Neil said the “most important” thing Ms Truss said was that for her “economic growth matters more than income distribution”.

The two candidates took part in a final interview on ‘Sunday with Laura Keunssberg’.

Mr Neil’s comments came after comedian Joe Lycett slammed Ms Truss on the show as he pretended to be “right-wing”.

Asked about Ms Truss’s strengths the comedian sarcastically replied You said earlier I’m not left or right. I know there’s been criticism in the Mail on Sunday today about lefty liberal wokie comedians on the BBC.

“I’m actually very right wing and I love it.”

He continued: “I thought she gave great clear answers. I know exactly what she’s up to.” 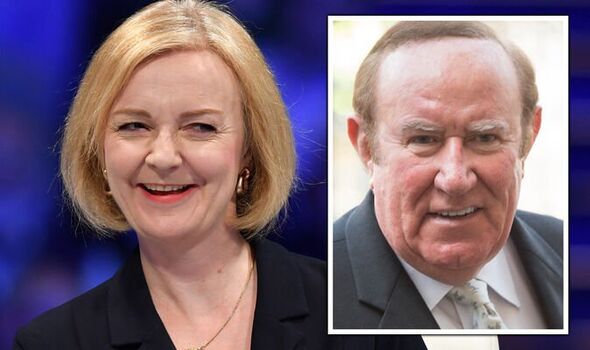 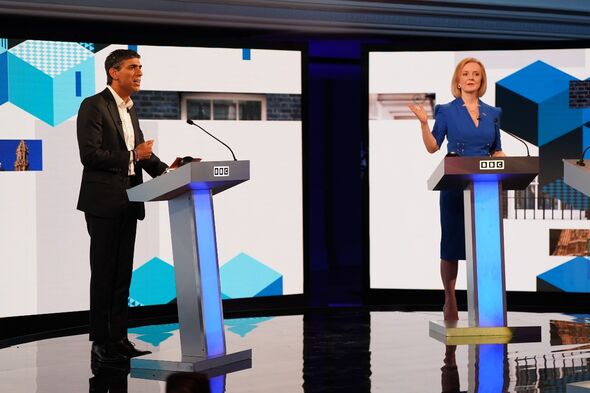 Ms Kuessberg pressed him on the answer to which he insisted he was not being sarcastic.

Following the programme, Mr Neil took to Twitter to voice his views.

He pointed out “the most important thing” Ms Truss said that Mr Lycett “certainly missed”.

Mr Neil said: “What she said — in marked contrast to B Johnson — is that, for her, economic growth matters more than income distribution.

“It’s a clear break — and by far the most important thing she said. But did the panel discuss it? Mr Lycett certainly missed it.”

During the interview, Ms truss said she will “act immediately” on bills and energy supply amid continued calls for the government to help struggling families.

Another big problem ahead is the ongoing tension over the Northern Ireland Protocol.

Ireland’s Foreign Affairs Minister has said he hopes “the direction of travel” of British-Irish relations can be changed under a Liz Truss premiership.

Simon Coveney said he and Irish premier Micheal Martin were in Oxford at the weekend to meet British ministers, and that “everyone was talking about what a Liz Truss premiership would look like”.

“Whether the strident way in which she has brought forward the Northern Ireland Protocol legislation in the UK, which, of course, has created a lot of tension and undermined trust, that will continue to be her strategy as prime minister or not.” 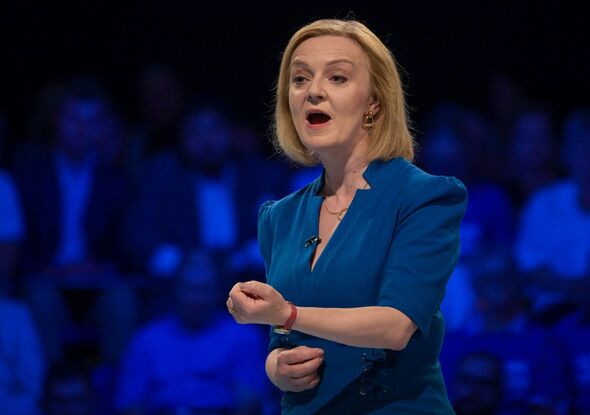 Mr Coveney described Ms Truss as a “talented, very energetic politician”.
He added: “She is going to be the next prime minister, and we will work with her and her team, but I hope we can change the direction of travel for British-Irish relations that we’ve seen over the last couple of years, which really has been one of tension and standoff on very important issues – predominantly related to Northern Ireland.” 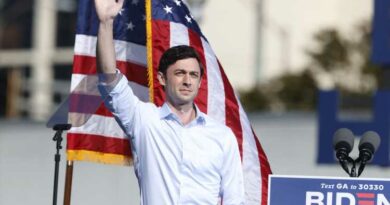 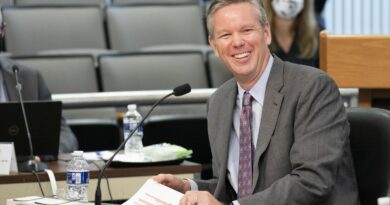 House of Lords shamed: Peer breaks cover to admit he’s embarrassed to be a member