Lawmakers struggling to finalize a $1.1 trillion infrastructure package narrowly focused on roads, bridges and waterways are no longer looking at strengthening enforcement at the IRS as a way to pay for the bill.

Sen. Rob Portman (R-Ohio) said Sunday on CNN’s “State of the Union” that the provision faced “pushback” from Republicans and conservative anti-tax groups, who lobbied for its removal in a letter to top GOP lawmakers earlier this month.

“Another reason is that we found out that the Democrats were going to put a proposal into the reconciliation package, which was not just similar to the one we had, but with a lot more IRS enforcement,” said Portman, a member of the bipartisan group that is drafting the bill.

The bipartisan group negotiating the proposal was hoping that as much as $100 billion would be collected over the next 10 years by beefing up enforcement to close the so-called “tax gap” and make sure people pay taxes they already owe. In its most recent official analysis, the IRS said it missed out on an average of $441 billion per year from 2011 through 2013 due to taxpayers not complying with the law. IRS Commissioner Charles Rettig, an appointee of former President Donald Trump, said recently that the tax gap could be as much as $1 trillion annually.

On top of that, the richest 25% of Americans pay less in taxes than many ordinary workers do, and many of the nation’s top earners pay next to nothing in taxes, according to a ProPublica report published last month.

However, GOP opposition to the IRS provision has left the negotiators — a group of 11 Democrats and 11 Republicans — scrambling to find new ways to offset the cost of their infrastructure bill before a procedural vote Senate Majority Leader Chuck Schumer (D-N.Y.) plans to set on Wednesday. The senators are expected to meet again on Monday. 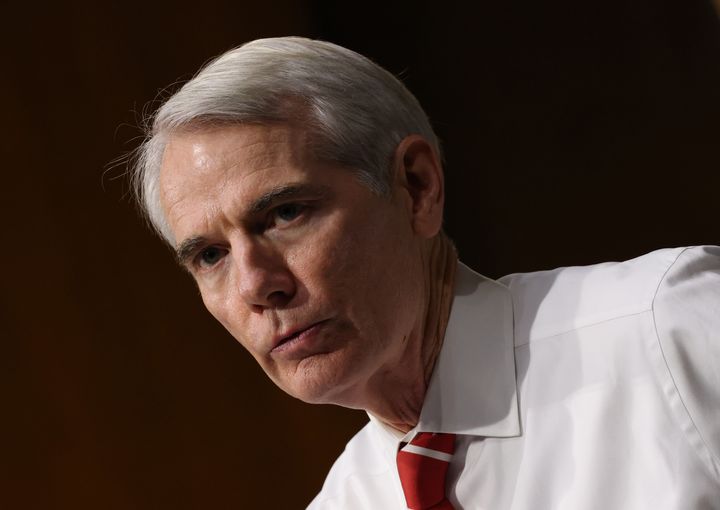 Democrats have little time to advance both the bipartisan bill and their $3.5 trillion “human” infrastructure package before the August recess and a packed fall schedule. The bipartisan group announced a deal weeks ago that President Joe Biden endorsed after months of negotiations. Still, GOP senators say Democrats shouldn’t be rushing the process.

“How can I vote for cloture when the bill isn’t written?” Sen. Bill Cassidy (R-La.), another negotiator, said when asked about the schedule on “Fox News Sunday.” “Unless Senator Schumer doesn’t want this to happen, you need a little bit more time to get it right.”

The measure will require 60 votes to advance, which means all Democrats and at least 10 Republicans will need to sign on.

The groups pushing Republicans to oppose IRS funding ― including Americans for Tax Reform and Freedomworks ― cited scandals from the Barack Obama administration as a reason not to boost the agency’s budget.

“No additional funding for the Internal Revenue Service, especially given its multiple scandals over the past decade,” they wrote in their letter. “We have not forgotten about Lois Lerner’s tactics of using IRS enforcement to harass conservative groups and donors. Republicans in Congress shouldn’t either.”

But the agency’s supposed targeting of conservative groups might have been less scandalous than it seemed at the time, when even the Obama administration said something grievously bad had happened.

An initial report from the Treasury Department’s inspector general for tax administration found in 2013 that the IRS had improperly overscrutinized applications for certification of tax exempt status from conservative advocacy groups. A followup report in 2017 revealed that the agency had similarly used improper criteria to target liberal groups.

Negotiators have already ruled out several sources of revenue for new infrastructure spending, including corporate tax hikes, an increase to the gas tax, user fees and deficit financing. They’ve resorted to more politically appealing ways to offset the cost of the bill, including having the government auction off spectrum bandwidth to telemarketing companies and selling off portions of the Strategic Petroleum Reserve.

“For the life of me, I can’t figure that one out,” Sen. Ben Cardin (D-Md.) said Monday on CNN when asked about GOP opposition to strengthening IRS enforcement. “If the IRS had the tools they needed, they could collect more taxes.”

“I don’t think Wednesday is a magic day that we can’t go beyond,” Cardin said. “I think Senator Schumer recognizes that if you don’t have deadlines, you won’t get things done.” 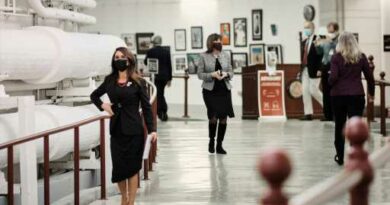 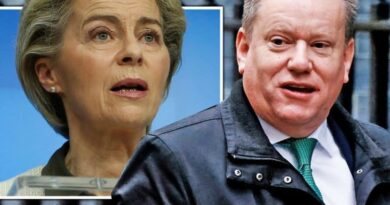 This isn’t over yet! Bitter Brussels wants to punish UK for Brexit – eurocrats fuming