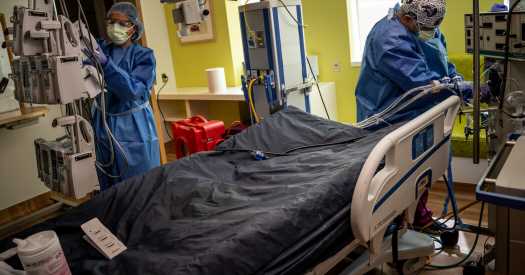 WASHINGTON — Facing overcrowded hospitals and an unrelenting surge of Delta variant cases around the country, the Biden administration on Thursday renewed its call for health providers to use monoclonal antibody treatments, which can help Covid-19 patients who are at risk of getting very sick.

Dr. Marcella Nunez-Smith, a White House adviser on racial equity in health, said at a news conference that federal “surge teams” deployed to hard-hit states were working to increase uptake of and confidence in the antibody drugs. They have already been administered to more than 600,000 people in the United States during the pandemic, she said, preventing hospitalizations and helping save lives. President Donald J. Trump received one such treatment when he was diagnosed with Covid-19 last year, before it had been authorized for emergency use.

In states where vaccination has stalled and cases have soared, the treatments have become a key component of the federal strategy to reduce the toll of the worst outbreaks, underscoring how many Americans remain at risk.

Distribution of doses, which are ordered by medical providers, increased fivefold from June to July. About 75 percent of the ordering is from regions of the country with low vaccination rates, according to the Department of Health and Human Services.

The administration “continues to stand ready to assist states and territories and jurisdictions across the country to get more people connected” to the treatments, Dr. Nunez-Smith said on Thursday, though she emphasized that vaccination was still the best option for preventing Covid-19.

Dr. Nunez-Smith said the administration had conducted virtual trainings on how to administer the drugs for doctors and health system officials in Arizona, Nevada, Utah and Wyoming. In Arizona, federal teams are offering the treatments at two sites, where none of the Covid-19 patients who had received them had subsequently been hospitalized.

The treatments, which the federal government pays for and makes free to patients, mimic antibodies that the immune system generates naturally to fight the coronavirus. They have been shown to sharply reduce hospitalizations and deaths when given to patients soon after symptoms appear, typically by intravenous infusion. There is also evidence that they may be able to prevent the disease entirely in certain people exposed to the virus. Unlike coronavirus vaccines, which take as long as six weeks to provide full protection, the antibody treatments can be given to patients who are already sick, with a more immediate effect.

The latest data from the Department of Health and Human Services shows that just under half of the distributed supply of the treatments has been used, by more than 6,000 hospitals and other provider sites, dating back to late last year. The federal government relies on providers and state health departments to report their usage numbers and does not track the demographics of the patients who receive the drugs.

Dr. Nunez-Smith said that shipments to Florida, which is experiencing a devastating surge in virus cases, had increased eightfold over the past month, and more than 108,000 courses of the treatments were shipped around the country in July.

Gov. Ron DeSantis of Florida on Thursday introduced a “rapid response unit” for administering the Regeneron treatment in Jacksonville, saying that the state would set up similar sites in other cities.

Interest in the monoclonal antibodies has been spotty throughout the pandemic. When they were authorized last year, the treatments from Regeneron and Eli Lilly were expected to be in high demand and to serve as a bridge in fighting the pandemic before vaccinations ramped up. They were relentlessly promoted by Mr. Trump, who called the Regeneron treatment a “cure,” and top health officials in his administration.

Still, they ended up sitting on refrigerator shelves in many places, even during recent surges. Many hospitals and clinics did not make the treatments a priority because of how time consuming and difficult to administer they were at the time, when they had to be given via intravenous infusion. Physicians can now administer the most frequently used treatment, from Regeneron, subcutaneously, or by injection.

Understand the State of Vaccine and Mask Mandates in the U.S. 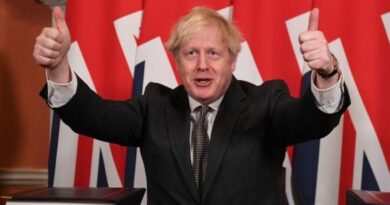