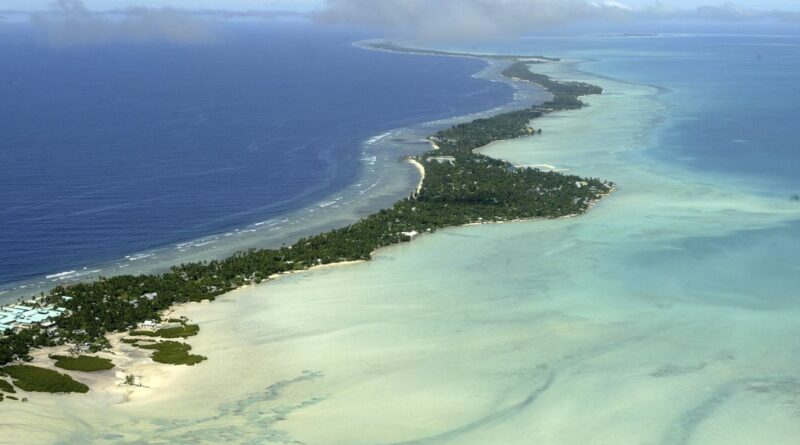 Australia is moving to boost ties with small island nations off its eastern coastline, pushing back against China’s growing influence in the Pacific Ocean as the virus outbreak hinders travel.

Prime Minister Scott Morrison’s government has promised to supply its neighbors with Covid-19 vaccines in 2021 as part of aA$500 million package aimed at achieving “full immunization coverage” in the region. It also recently signed a “landmark” deal with Fiji, one of the region’s most populous nations, to allow military deployments and exercises in each other’s jurisdiction.

“China has largely been missing in action in regards to providing Covid-related support in the region,” saidJonathan Pryke, who heads research on the region for Sydney-based think tank the Lowy Institute. “Australia has built up an amount of goodwill by not forgetting about the Pacific in a time of crisis.”

Over the past decade, China’s growing influence in the 14-nation Pacific Islands — whose cumulative population of just 13 million is sprawled over thousands of islands and atolls in a region stretching across 15% of the world’s surface — has triggered alarm bells in the U.S. and Australia. Diplomats and intelligence officials fear Beijing’s ultimate goal may be to establish a naval base that would upend their military strategies.

The battle for influence in the region comes after China hit Australia with a series of damagingtrade reprisals following Morrison’s decision to seek an independent investigation into the origins of the coronavirus. Australia’s largest trading partner has put curbs on everything from wine to lobsters, prompting Canberra to file a challenge against barley tariffs at the WTO.

Still, Australia has made inroads in the Pacific after island nations quickly blocked incoming flights and cruise ships to keep the virus away from vulnerable communities in the aid-dependent region. China also ordered workers developing projects tied to its Belt and Road Initiative to return home, and reduced diplomatic staff in the 10 Pacific nations that recognize Beijing instead of Taiwan.

In resource-rich Papua New Guinea, the region’s most populous nation and by far the biggest recipient of China’s financial backing, work on one of the region’s highest-profile infrastructure projects stalled this year, according to Paul Barker, chief executive ofInstitute of National Affairs, a non-profit economic research group partially funded by the private sector based in Port Morseby.

Chinese staff left the marine industrial zone site in Madang on the nation’s north coast, which has received at least $73 million in funding from Beijing and will be used as a base to fish tuna, said Barker, who has lived in Port Moresby for four decades. While other China-backed projects around Papua New Guinea’s capital have also crawled to a standstill this year, he said he expects China’s on-the-ground presence, along with offers of financial aid, to ramp up again when the pandemic is under control.

“It’s logical for Papua New Guinea to want to get competitive contractors and finance, and if the Chinese were to offer that going forward, the government will be interested,” he said. “While most Papua New Guineans tend to look to their ‘southern friends’ in Australia because they know them, they also want to be offered more opportunities.”

China hasn’t been completely inactive. New Chinese ambassadors to the two countries that recognized it over Taiwan in 2019 — Solomon Islands, one of the region’s largest economies, and Kiribati. The new envoy in the former British colony raised eyebrows when aphoto taken on his arrival seemed to show him walking over about 30 local men lying on their stomach.

The nation’s foreign ministry said in an emailed response to questions that ties with Pacific Island countries progressed during 2020 despite the impact of Covid-19. It said Beijing shared medical experience and provided materials to nations during the pandemic, while Belt and Road projects including a new highway in western Papua New Guinea and a stadium in the Solomon Islands had been “progressing steadily”.

“China hopes all other countries could adopt a mutually respectful attitude and open-minded spirit to facilitate the stability and prosperity of the region, instead of maintaining ‘zero-sum’ and Cold-War mentality and building exclusive ‘small groupings’,” the ministry said.

Kiribati’s plan to build two major tran-shipment ports looks set to be integrated into the Belt and Road, according to a September report bygovernment-backed think tank Australian Strategic Policy Institute. That would “raise the prospect of Chinese military bases across the center of the Pacific” through major sea lanes and near U.S. bases including Hawaii, the report said.

China also signed amemorandum of understanding last month to potentially fund a new $150 million marine base in southern Papua New Guinea, on Australia’s doorstep. The deal may have geopolitical implications, especially as the impoverished area isn’t near rich fishing stocks.

“The pandemic is not going to deter China from executing its strategy in the South Pacific because it wants to continue to exert its influence over weak, fragile democracies,” said Paul Maddison, director of the University of New South Wales Defence Research Institute. “Under a Joe Biden administration, there’s an opportunity for the U.S. and like-minded democracies to show sovereign Pacific nations they have a better choice in who they choose to work with.”

Lawmakers in Washington and Canberra have warned developing countries to avoid taking Chinese loans, saying that Beijing would use the debt as geopolitical leverage. China has spent at least $1.7 billion in aid and loans to the Pacific Islands in the past decade, much of it on much-needed transport and utility infrastructure, according to Lowy Institute data.

In response, Australia — seen by China as an American puppet — unveiled a A$2 billion ($1.5 billion)infrastructure fund for the region in 2018. The U.S., meanwhile, established a Directorate of Pacific Affairs within the White House National Security Council, which provides a hub for coordinating policy in the region with other like-minded countries.

With theeconomic devastation from the pandemic set to linger for years, the geostrategic competition in the region is only set to intensify as nations look to recover, said Pryke from the Lowy Institute.

“Beijing will be aware that Covid has shaped an economic crisis that’s made the region even more vulnerable and desperate for foreign aid and loans, creating a better strategic environment to further its interests,” he said.

— With assistance by Jing Li

‘Brexit can be stopped!’ Remainer hints at Lords blocking deal – even if it passes Commons