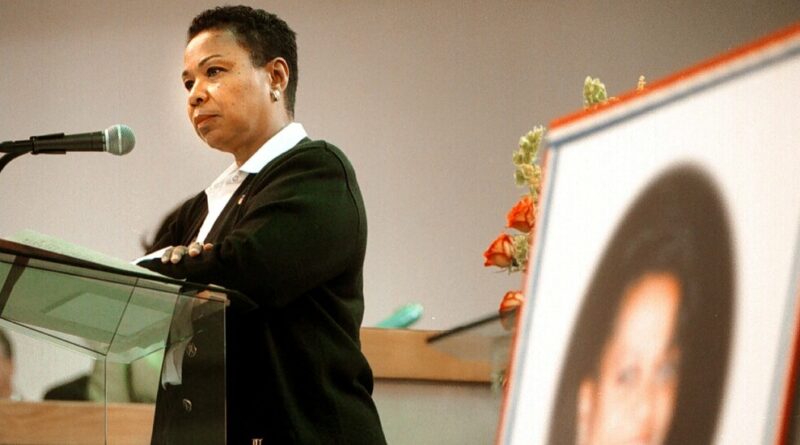 WASHINGTON — Just days after the Sept. 11 attacks, Representative Barbara Lee took a lonely stand as the sole lawmaker in Congress to vote against invading Afghanistan, warning that granting the president such broad powers would plunge the nation into perpetual war.

For years after that vote, Ms. Lee, a California Democrat, remained a solitary figure on a seemingly quixotic quest, pushing tirelessly — and often fruitlessly — to rein in the expansive war-making authorities that her colleagues had unanimously granted the president.

Twenty years later, Ms. Lee is no longer on her own.

Weary of continued conflicts abroad, lawmakers and voters in both parties have come around to Ms. Lee’s view that such authorizations have been abused by presidents in both parties to wage war far beyond the scope Congress ever intended.

Key congressional committees have voted along bipartisan lines for the past two years to repeal the 2001 law. And for the first time, a real pathway exists to repeal the 2002 authorization for the invasion of Iraq. Forty-nine House Republicans joined almost every Democrat to approve that repeal in June, and the Senate Foreign Relations Committee approved the legislation last month.

Now, just as legislative momentum appeared to be at Ms. Lee’s back, her mission is facing a fresh test: whether the congressional appetite for revisiting the decades-old authorizations can hold even as lawmakers balk at the consequences of the Biden administration’s withdrawal from Afghanistan. The chaotic departure has raised new fears about a resurgence of terrorist groups including Al Qaeda and ISIS-K.

“I’m hoping members of Congress realize they can’t be missing in action and passing the buck to the president,” Ms. Lee said in an interview.

But as Ms. Lee knows all too well, it is a posture her colleagues have been comfortable taking for nearly two decades. Congress has not voted on a new authorization of military force — or to curtail existing ones — since 2002, when lawmakers gave President George W. Bush the power to invade Iraq.

Since then, presidents of both parties have invoked the 2002 and 2001 war authorities to justify military force in many other places, stretching the laws to justify open-ended warfare around the globe.

That was the scenario Ms. Lee had feared when she voted against the 60-word resolution in 2001, three days after she and her colleagues evacuated the Capitol on Sept. 11.

That day on the House floor, in speeches alternately lofty and furious, Republicans and Democrats spoke with one defiant voice, vowing to destroy the terrorists who planned the attacks and to unify in support of Mr. Bush. A Republican congressman predicted the law would pass unanimously, and said the display of unity would give him great comfort.

Then Ms. Lee rose to speak.

“However difficult this vote may be, some of us must urge the use of restraint,” she said. “Our country is in a state of mourning. Some of us must say, let us step back for a moment. Let us just pause for a minute and think through the implications of our actions today so that this does not spiral out of control.”

In the end, 518 members of Congress, including senators, voted in favor of the resolution. Only Ms. Lee dissented.

The daughter of a retired lieutenant colonel who fought in World War II and Korea, Ms. Lee, 75, has long insisted that she is not a pacifist. As she mulled her vote, she said, it was her background in psychiatric social work — where she learned the importance of never making a decision in the heat of emotion — that helped make up her mind.

Her stance was quickly met with a fierce backlash. Some of Ms. Lee’s closest colleagues in Congress, she recalled, initially thought she had voted in error. When they learned she had purposefully opposed the resolution, they urged her to change her position, warning her that she would be voted out of office unless she did.

Outside Washington, voters furious with her stand deluged Ms. Lee with hate mail and death threats, to the point that she required a security detail, aides recalled.

But she remained undeterred. In 2003, Ms. Lee introduced an amendment that called for a study to determine whether the intelligence community withheld or manipulated information from United Nations weapons inspectors that formed the basis of the country’s invasion of Iraq. It received 185 votes, 33 short of passing.

So Ms. Lee found other openings to press the issue, introducing the same amendments to repeal the Sept. 11-era authorizations of force year after year and forcing her colleagues to go on the record. Behind the scenes, she buttonholed lawmakers in both parties, picking up votes as she made her case.

“Every step of the way, there’d be maybe two or three more members that I would sit down and talk with,” Ms. Lee said. “We’ve just been chipping away at it. This is a marathon.”

A breakthrough came in 2017, when the Republican-led House Appropriations Committee voted to repeal the 2001 authorization.

“You’re making converts all over the place, Ms. Lee,” Rodney Frelinghuysen, Republican of New Jersey and then the chairman of the panel, said at the time. “Indeed, you have been incredibly persistent and perseverant on this issue for a number of years. I think we recognize you, and obviously you have allies in the room. We share your concern.”

Paul D. Ryan, then the speaker, unilaterally stripped it from a larger spending bill, essentially killing the repeal. But the effort revealed a swell of support among conservatives for ending military conflicts abroad, mirroring a key pledge made by President Donald J. Trump.

Indeed, some of Ms. Lee’s most ardent supporters in her crusade have been unlikely allies, including archconservatives in the House Freedom Caucus — some of whom were vocal in supporting the Stop the Steal movement that fueled the Jan. 6 storming of the Capitol.

“It’s much more difficult now,” she said. “It’s a very difficult moment to talk with and try to work with those who don’t believe that” the election was legitimate.

Ms. Lee, who now leads the House Appropriations panel that oversees foreign affairs, said she was appalled to see some Republicans with whom she had worked on the repeal effort turn on President Biden after he withdrew American troops from Afghanistan.

“Either they were silent on the withdrawal or very very critical — even those Republicans who supported it when Trump issued the date for withdrawal,” she said. “So to see them now try to recreate history is very shocking.”

That whiplash — combined with vocal criticism from longtime hawks in both parties — could imperil efforts now underway in the Senate to repeal the 2002 authorization, which proponents view as the steppingstone to doing away with the more expansive 2001 law.

At a hearing on Capitol Hill on Tuesday, Senator Mitt Romney, Republican of Utah, suggested to Secretary of State Antony J. Blinken that the Biden administration “revisit” its previous recommendation that Congress work with the president to repeal the authorizations.

“We need to look to make sure we have all the authorities that we would need for any potential contingency, including the re-emergence as a threat” of Al Qaeda or ISIS-K, Mr. Blinken replied. “If we don’t have those authorities, we should get them, whether it means re-looking at those authorizations or writing new ones, which I think would be the most appropriate thing to do if necessary.”

For now, polling shows that ending the nation’s military conflicts abroad remains largely popular with voters. And activists in favor of the repeal who have been doing their own whip counts on Capitol Hill say that they have seen little evidence to suggest that their efforts could be crushed.

“We’re not finding that that is stopping people from wanting to say: ‘Well, wait a minute. Should the U.S. really be involved in all these wars?’” said Jim Cason, the associate general secretary for strategic advocacy at the Friends Committee on National Legislation.

“Maybe that was a lonely vote 20 years ago,” he added, “but looking today, can we really argue that these 20 years of war have gotten the United States what it had hoped to achieve?” 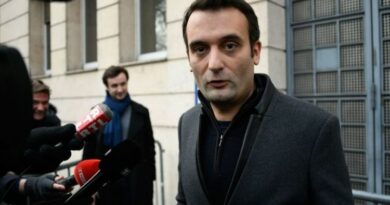 Now THAT’S how you do it! French politician praises Brexit – 11,000 sign Frexit petition 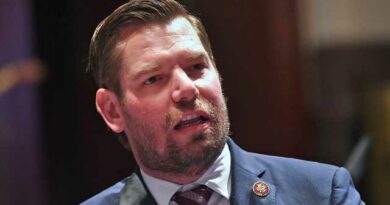