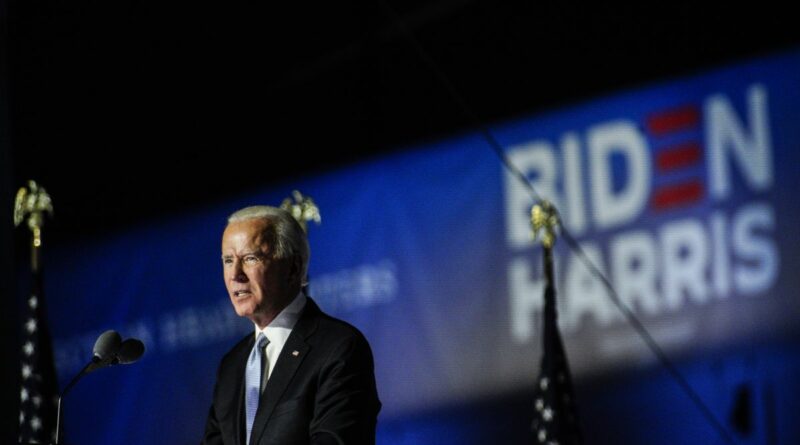 President-elect Joe Biden celebrated Democrat Raphael Warnock’s win in a Georgia Senate runoff election and said he was confident of another, calling the victories clear signs that voters want him to pursue his agenda while also seeking bipartisan consensus.

“Georgia’s voters delivered a resounding message yesterday: They want action on the crises we face and they want it right now. On COVID-19, on economic relief, on climate, on racial justice, on voting rights and so much more,” he said Wednesday in a written statement. “They want us to move, but move together.”

The American people, he said, “demand action and they want unity. I am more optimistic than I ever have been that we can deliver both.”

Democrat Warnock has defeated Republican Senator Kelly Loeffler, the Associated Press reported, while Democrat Jon Ossoff appeared headed toward victory over Republican Senator David Perdue. If both victories are confirmed, the Senate will be evenly divided between the Republican and the Democratic caucuses, leaving Vice President-elect Kamala Harris to make tie-breaking votes.

Biden said he’s pleased to be able to have Democratic majorities in both chambers of Congress, but stressed that the wins haven’t diminished his desire to draw Republican support for his plans.

“I’m also just as determined today as I was yesterday to try to work with people in both parties — at the federal, state, and local levels — to get big things done for our nation,” he said.

He also called on Senate leaders to move ahead on the confirmation processes for his Cabinet nominees, especially those who would have key national security roles, even before the Georgia results are certified. “My nominees for critical national security positions at State, Defense, Treasury, and Homeland Security have bipartisan support and have been confirmed by the Senate before,” he said.