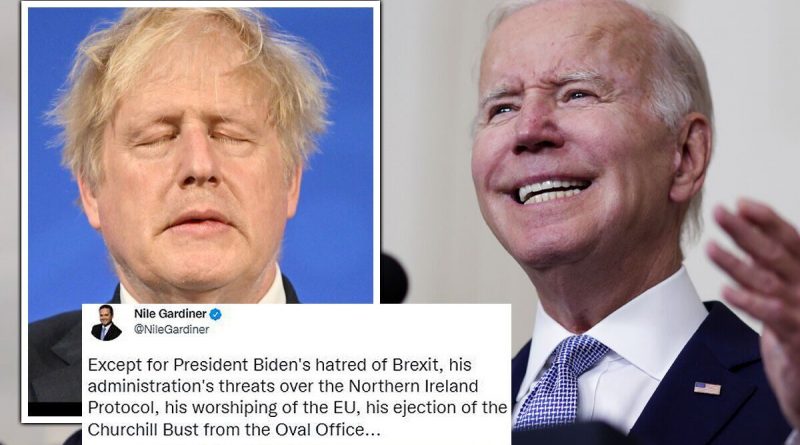 Biden looks wobbly asking 'what am I doing now?' in Israel

Earlier this month, Joe Biden triggered fury in the UK when during an Israel trip, he likened its treatment of the Palestinians to Britain’s “attitude toward Irish-Catholics over the years”. The US President is a fervent critic of Brexit and when campaigning to oust Donald Trump from the White House in 2020, suggested his Irish family roots set him at odds with Britain. Mr Biden’s Administration has been heavily critical of the UK Government’s stance on the the Northern Ireland Protocol, frequently warning not to backtrack on the treaty with the European Union.

But Jane Hartley, the new US ambassador to the UK, has denied the US President feels any negativity towards Britain because of his Irish heritage, insisting he values the “personal relationship” he has with the UK.

Commenting on claims Mr Biden might have issues with Brexit Britain, she told Times Radio: “I don’t think it’s a correct perception. The personal relationship that the President has with the UK is incredibly strong.”

Ms Hartley also attempted to reaffirm the “special relationship” between the US and UK, describing connections to Britain “by far our closest relationship anywhere in the world”.

However, the envoy’s denials of issues Mr Biden might have with Brexit Britain has been savaged by Nile Gardiner, the foreign policy expert and former aide to Margaret Thatcher. 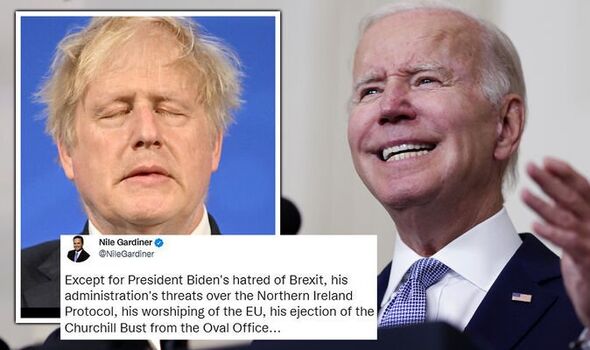 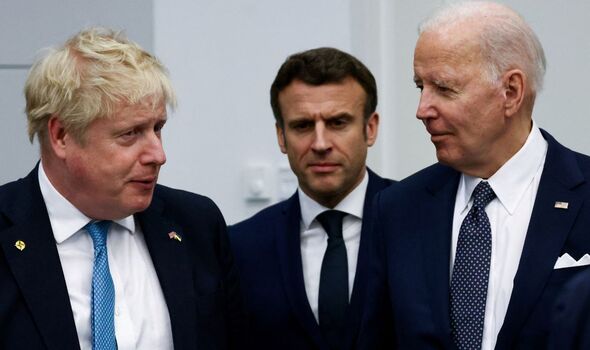 In response to the comments from Ms Hartley, the Brexiteer tweeted: “Except for President Biden’s hatred of Brexit, his administration’s threats over the Northern Ireland Protocol, his worshiping of the EU, his ejection of the Churchill Bust from the Oval Office.

“Joe Biden has been no friend of Britain.”

Ms Hartley also waded in on the hotly-disputed issue of the Northern Ireland Protocol by calling for further talks between the UK and EU in an attempt to make it work.

Commenting on the importance of finding a resolution to the current impasse between the two sides, she warned indecision is “never a positive” when it comes to economic investment. 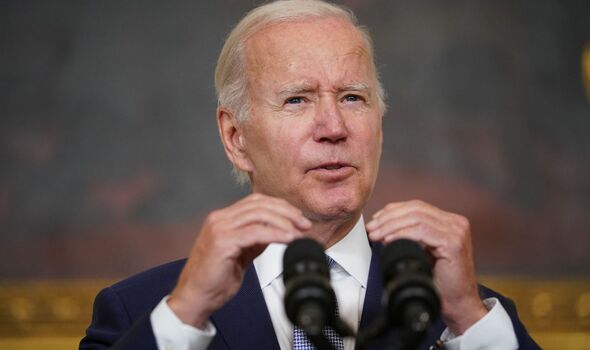 The newly-appointed envoy said: “There has to be a way that both sides can come to some agreement, you know, and negotiation and negotiation, everybody always has to give a little.

“But this is an important time. The Good Friday Agreement, it will be 25 years in April. We want what we see up there – the peace, prosperity and security – to continue.

“What we would urge is, please, this is not, we’re not part of this negotiation, but we would urge please sit down, sit down privately, and let’s see if there’s a way to make this work for both sides.”

Elsewhere in her interview with Times Radio, Ms Hartley suggested Mr Biden could make a formal state visit to Britain in the next 12 months. 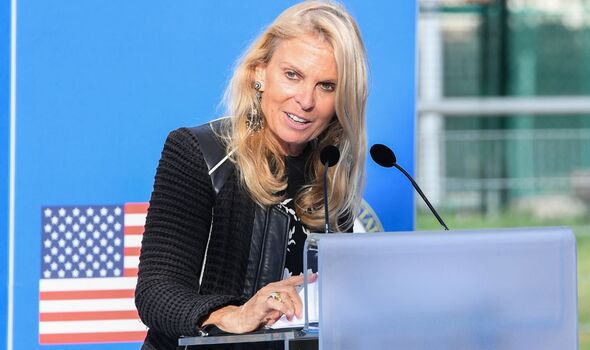 The newly-appointed US ambassador to the UK commented: “I’m certainly trying to get him to come.

“I think the president will be travelling a bit more. Covid was difficult for everybody.”

Ms Hartley also praised the UK’s rapid response to Russia’s war in Ukraine, admitting it had “even been ahead of us” on imposing some punishments and pressing for banks in the warring country to be stripped of membership to international financial messaging system, Swift.

She said the quick and positive response from the UK had been “recognised” by both the White House and Congress.

In further praise, the ambassador to London said the UK’s offer of weapons and training to Ukrainian troops had been the source of many compliments” from US politicians. 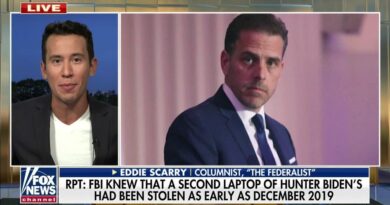