WASHINGTON — A century after a white mob destroyed a vibrant African-American community in Tulsa, Okla., torching hundreds of homes and indiscriminately shooting people in the streets, President Biden told a crowd of survivors and their families that the story of the massacre “will be known in full view.”

It was the first time a president visited the area to address what had happened in Greenwood, the prosperous African-American community, which was one of the worst outbreaks of racist violence in American history but was largely ignored in history books.

“For much too long, the history of what took place here was told in silence,” Mr. Biden said. “While darkness can hide much, it erases nothing.”

Mr. Biden, who has made racial equity and justice central themes of his presidency, was in Tulsa to shed light on a painful part of the country’s history. He recalled in detail the horror that occurred from May 31 to June 1, 1921, when angry whites descended on Greenwood, killing as many as 300 people and destroying more than 1,250 homes.

“My fellow Americans, this was not a riot,” Mr. Biden said, as people in the crowd rose to their feet. “This was a massacre.”

A man was strapped to a truck and dragged through the street, the president said. The bodies of a murdered family were draped over a fence outside their home. An older couple was shot while praying.

“We do ourselves no favors by pretending none of this ever happened,” Mr. Biden told the crowd. “We should know the good, the bad, everything. That’s what great nations do: They come to terms with their dark sides.”

The president’s visit was also intended to highlight steps his administration is taking to close the wealth gap between Black and white people in the United States, even as activists criticized him for not doing enough to correct historical wrongs and put the disadvantaged on equal footing.

Missing from the rollout, though, was a plan to cancel student debt — which disproportionately affects Black students — or to address the issue of reparations, federal repayments that relatives of Tulsa victims say could restore what was erased. White House officials have said that the president supports a study of the issue, as he does with the broader issue of reparations for Black Americans.

The N.A.A.C.P. and other civil rights groups have criticized the Biden administration for not taking the step to cancel student loans, saying it is one of the biggest obstacles holding Black people back from sharing in the wealth of other Americans.

“Student loan debt continues to suppress the economic prosperity of Black Americans across the nation,” Derrick Johnson, the N.A.A.C.P. president, said in a statement. “You cannot begin to address the racial wealth gap without addressing the student loan debt crisis.”

On the way to Tulsa, Karine Jean-Pierre, the White House principal deputy press secretary, told reporters aboard Air Force One that the administration had provided billions in funding to Black colleges as part of its $1.7 trillion coronavirus plan. But she did not answer questions about alleviating the financial stress of those who currently have student debt.

In a briefing for reporters on Monday night, administration officials insisted that the other steps would help Black people around the country, particularly hard-hit communities like Greenwood.

Mr. Biden’s visit to Tulsa was a somber one. Before he delivered remarks, he met privately with survivors of the massacre, each between the ages of 101 and 107, whom he mentioned throughout his speech.

The violence started after the arrest of Dick Rowland, 19, a Black shoe shiner who was accused of assault against Sarah Page, 17, a white elevator operator. As Mr. Biden toured the Greenwood Culture Center, he was told that within 24 hours of that encounter, the mob that formed after Mr. Rowland’s arrest destroyed much of Greenwood. The case was later dismissed.

“The attack on Black families and Black wealth in Greenwood persisted across generations,” Mr. Biden said on Sunday in a proclamation honoring the anniversary of the Tulsa massacre. “The federal government must reckon with and acknowledge the role that it has played in stripping wealth and opportunity from Black communities.”

The president’s trip came as the country struggles to confront police brutality toward people of color a year after the killing of George Floyd by a Minneapolis police officer galvanized Black Lives Matter protesters nationwide.

But the political response to recent killings remains uncertain. Mr. Biden had vowed to secure passage of the George Floyd Justice in Policing Act by May 25, the anniversary of Mr. Floyd’s death. The bill would ban the police’s use of chokeholds, impose restrictions on deadly force and make it easier to prosecute officers for wrongdoing. The administration missed that deadline, but lawmakers in both parties have expressed optimism that they would be able to reach a compromise on the legislation in the coming weeks.

Officials said that Mr. Biden’s visit on Tuesday was intended to signal a new emphasis on racial equity and justice for Black Americans. Mr. Biden also said that he had directed Vice President Kamala Harris to lead Democrats in a sweeping legislative effort to protect voting rights, an issue that is critical to his legacy but faces increasingly daunting odds in the Senate.

“To signify the importance of our efforts, today I’m asking Vice President Harris to help these efforts and lead them, among her many other responsibilities,” Mr. Biden said on Tuesday. “With her leadership and your support, we’re going to overcome again, I promise you, but it’s going to take a hell of a lot of work.”

Despite investigations, no one was ever convicted of crimes related to the Tulsa massacre. Mr. Biden has promised that his Justice Department will be more active in helping to root out bias and bigotry in American police departments. The Justice Department has already begun “pattern or practice” investigations in Louisville, Ky., and Minneapolis, which are intended to examine excessive force, biased policing and other misconduct by officers.

The Rev. Al Sharpton, who has observed Mr. Biden’s evolution for decades, attended his speech in Tulsa. He graded the president’s performance on civil rights in an interview this spring.

“I think that he has gone from probably a 65 to somewhere in the early 80s,” Mr. Sharpton said. “I think that we all haven’t gotten to the finals yet. He may go higher than that.”

Bloomberg has barbs at the ready for his first 2020 debate 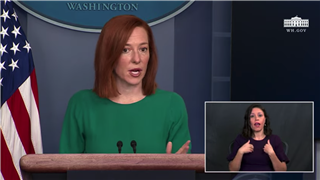