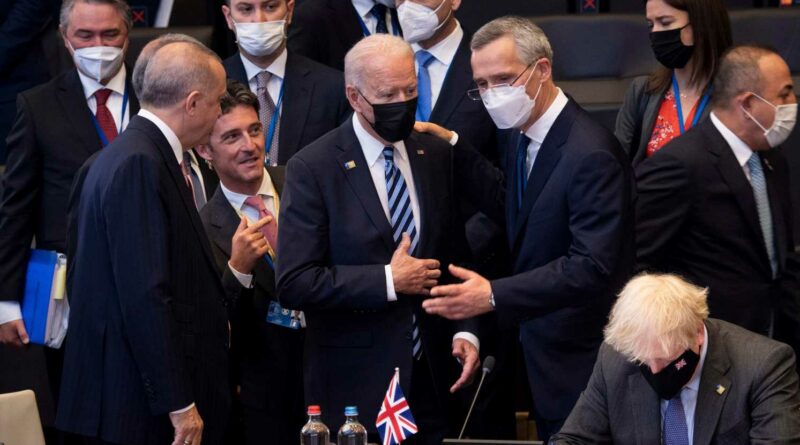 BRUSSELS – President Joe Biden used his first NATO summit since taking office to warn of Russia and China’s growing power, repeating a call that the military alliance needed to prove to the world that democracy can still prevail.

In speaking at a news conference Monday, Biden said “Russia and China are both seeking to drive a wedge in our transatlantic solidarity,” but added the NATO Treaty is “rock solid and unshakeable.”

Biden said he spoke with his foreign counterparts about Russia’s aggressive acts that posed a threat to security, particularly on recent malicious cyber attacks, and said he would make clear where “the red lines are” in his upcoming meeting with Russian President Vladimir Putin in Geneva, Switzerland, on Wednesday.

“I’m not looking for conflict with Russia, but we will respond if Russia continues its harmful activities,” he said.

The president also sidestepped a question on whether he supported giving Ukraine a plan to join the military alliance, telling reporters “school’s out on that question.”

“It depends on whether they meet the criteria,” he said. “The fact is, they still have to clean up corruption.”

Ukrainian President Volodymyr Zelensky earlier told reporters he wanted a clear “yes” or “no” answer from Biden on the matter. Biden said the decision would not just be made by him but also other members of the alliance.

NATO Secretary-General Jens Stoltenberg said the 30-country alliance, established in the wake of World War II to counter the geopolitical ambitions of the-then Soviet Union, was at a “pivotal moment” in its 72-year history. And Biden told the bloc’s leaders as he arrived for the one-day meeting in Brussels, Belgium, that he wanted to “make it clear” that “NATO is critically important for U.S. interests.”

A NATO communiqué issued Monday kept up the pressure on Russia, saying that “until Russia demonstrates compliance with international law and its international obligations and responsibilities, there can be no return to ‘business as usual'” with Moscow.

Russia’s territorial aggressions in neighboring Ukraine have unsettled NATO members, and Moscow’s use of disinformation and cyber-warfare has further inflamed tensions. Biden will meet with Putin in Geneva on Wednesday, when many of the issues discussed by NATO leaders will be raised with the Russian leader.

“Russia has amped up its game in the last several months, and we are targets,” said Philip M. Breedlove, a former NATO Supreme Allied Commander for Europe, referring to cyberattacks against U.S. interests that Washington believes were orchestrated in some form by the Kremlin. ” And we’ve got to figure out how to deal with it.”

But for the first time in the alliance’s history, China was singled out in a NATO summit statement, with leaders saying Beijing presents “systemic challenges” for the alliance.

The 79-point communiqué accused Beijing of “rapidly expanding its nuclear arsenal” and being “opaque in implementing its military modernization.” It raised the alarm over China’s military cooperation with Russia in the form of training exercises. Moscow and Beijing held joint military drills for the first time in the Baltic Sea recently.

“We remain concerned with China’s frequent lack of transparency and use of disinformation. We call on China to uphold its international commitments and to act responsibly in the international system, including in the space, cyber, and maritime domains, in keeping with its role as a major power,” the communiqué said.

The Chinese embassy in the U.K. on Monday issued a statement saying NATO “deliberately slandered China and arbitrarily interfered in China’s internal affairs” and exposed the “sinister intentions of a few countries” such as the U.S.

NATO leaders said they would expand Article 5 – a mutual defense clause invoked only once previously in the alliance’s history, after the Sept. 11. attacks – to include assaults that take place in space. Until today, Article 5 only applied to traditional military attacks that happened on land, sea or in the air. Cyberspace attacks were recently added. 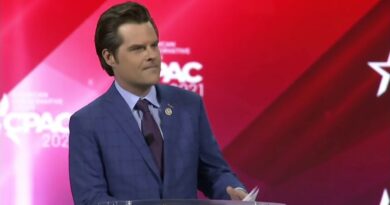 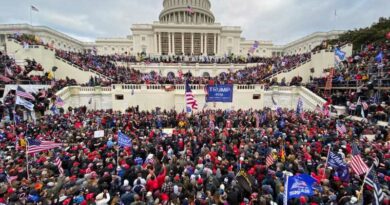 Boogaloo May Get Violent At Inauguration, Intelligence Agencies Warn 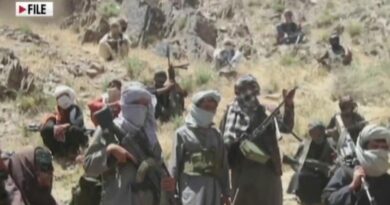 U.S. forces pull out of Bagram Air base in Afghanistan