Home » Biden seeks to meet GOP at its new reality: The Note 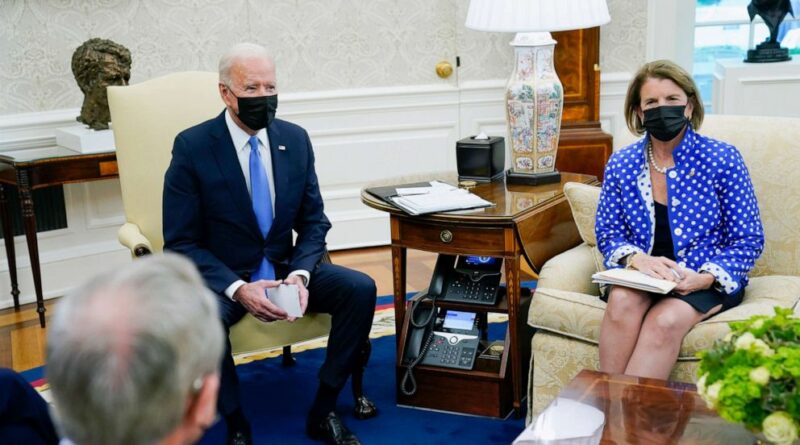 The TAKE with Rick Klein

One of the most consequential political weeks of the year has also been among the most confounding.

The Republican Party hewed itself closer than ever to former President Donald Trump. Friday’s now-contested vote for Rep. Liz Cheney’s replacement in leadership is likely to extend Trump’s hold on the party — a hold bound by falsehoods.

Yet while Trump may be as powerful as ever, so may be President Joe Biden. More quietly, yet no less significantly, Biden may be getting progress out of his meetings with both Democrats and Republicans on infrastructure.

Not coincidentally, first lady Jill Biden spent a chunk of the day Thursday in … West Virginia.

Much has been made of whether Biden holds an outdated view of the Republican Party, and the president himself has confessed bewilderment over the disarray in GOP ranks. But it might be that he’s found a way to deal with members of the party as they are, with meetings with individual members more impactful than meetings with leadership.

It may yet be impossible for Democrats to cut deals with a party that is centering itself on a lie that denies Biden’s legitimacy. Yet that question is far from settled — an achievement in itself for the Biden agenda, when Trump’s sway over the other party only grows.

The RUNDOWN with Averi Harper

Biden touted the Centers for Disease Control and Prevention’s new guidance Thursday after the agency announced it was no longer recommending mask-wearing for the fully vaccinated.

“And for now, after a year of hard work and so much sacrifice, the rule is very simple. Get vaccinated or wear a mask until you do,” said Biden in remarks from the Rose Garden. “It is vaxed or mask.”

A byproduct of the new guidance is the hope that the lure of mask-free living could encourage unvaccinated Americans to get the shot.

It comes as waning demand for vaccines across the country has forced leaders to find creative ways to incentivize them.

The latest example is Ohio Gov. Mike Dewine, who is using federal coronavirus relief funds to host lottery drawings, offering five people $1 million in exchange for getting the vaccine.

Concerns about enforcement of mask-wearing for the unvaccinated remain. Biden told reporters Thursday masking would continue to be self-enforced. CDC Director Rochelle Walensky warned that those who aren’t fully vaccinated and dared to go maskless would be at risk of contracting COVID-19, not those who she called “protected” through vaccination.

The TIP with Alisa Wiersema

Arizona’s Gov. Doug Ducey became the latest of an expanding list of governors to opt out of distributing additional unemployment benefits to boost states’ workforces.

At least nine other Republican governors have made similar decisions over the course of the last few weeks. Complaints from business leaders about shortages of workers has triggered an economic debate over whether a broader examination of America’s workforce is needed.

“In Arizona, we’re going to use federal money to encourage people to work … instead of paying people not to work,” Ducey said in a video, while also specifically calling out the restaurant industry as a sector that is suffering from a lack of employees.

Ducey’s plan includes a “one-time bonus of $2,000 to eligible individuals who return to the workforce and get a full-time job.” Those who return to work part-time will receive $1,000. Three months of childcare assistance and some educational support opportunities will also be included for those returning to the workforce. However, the financial bonuses are not immediate — individuals will receive them after leaving the unemployment insurance program and having completed at least 10 weeks of work.

WHAT YOU NEED TO KNOW THIS WEEKEND

Download the ABC News app and select “The Note” as an item of interest to receive the day’s sharpest political analysis.

The Note is a daily ABC News feature that highlights the key political moments of the day ahead. Please check back Monday for the latest.