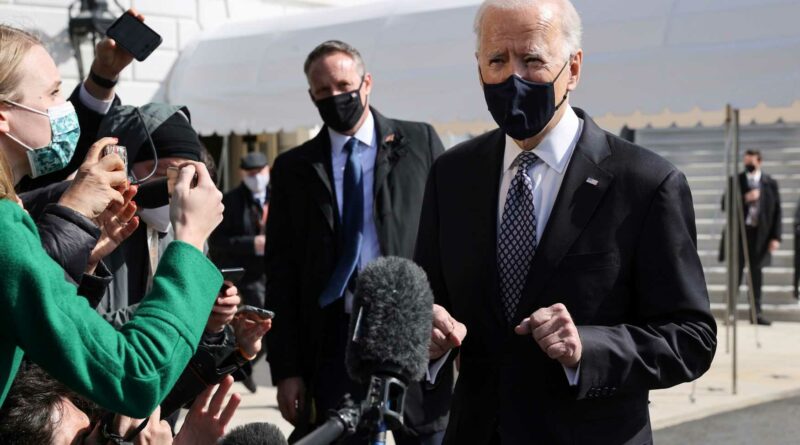 President Joe Biden on Friday urged Congress to "swiftly pass" hate crime legislation to address the rise in discrimination and violence against Asian Americans during the Covid-19 pandemic.

The move comes days after a shooting spree in Georgia that killed eight people, including six Asian women. The president and Vice President Kamala Harris are set to meet with Asian American leaders in Atlanta on Friday.

"While we do not yet know motive, as I said last week, we condemn in the strongest possible terms the ongoing crisis of gender-based and anti-Asian violence that has long plagued our nation," Biden said in a statement.

The endorsement also comes a day after a congressional hearing on violence against Asian Americans, the first in 34 years.

The incidents include verbal slurs, physical attacks, workplace discrimination and online harassment, among other forms of prejudice. Many of the incidents were reported retroactively from 2020.

The group emphasizes that the tally represents just a fraction of the number of hate incidents experienced by Asian Americans across the country.

Some political leaders and advocates during the congressional hearing noted that hate crime legislation does not necessarily address all forms of hate experienced by Asian Americans.

At a press conference in Atlanta on Thursday morning, Georgia state Rep. Bee Nguyen said: "Hate crime laws are not preventative. They are used in the aftermath as a prosecutorial tool."

"While many of the recent anti-Asian incidents may not meet legal definition of a hate crime, these attacks nonetheless create an unacceptable environment of fear and terror in Asian American communities," Rep. Steve Cohen, D-Tenn., said during the House panel.

Barr Tells Associates He May Quit Over Ongoing Trump Tweets

Joe Biden’s ‘Return to Normalcy’ Campaign Has Echoes of 1920