President Biden on Saturday addressed the fatal weather that ravaged parts of the South and Midwest and used the tragedy to further his own beliefs on climate change.

While speaking to reporters and virtually assessing the tornado damage from Wilmington, Delaware, Biden was asked whether he “could conclude that these storms and the intensity have to do with climate change.” 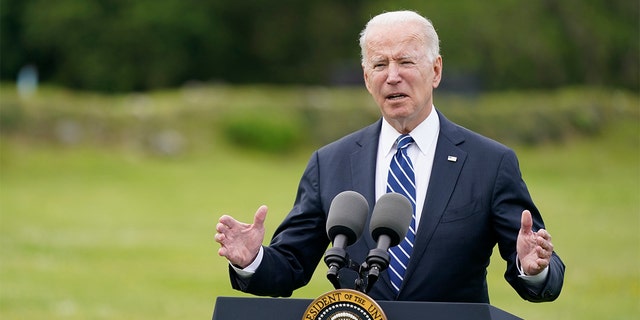 “All I know is that the intensity of the weather across the board has some impacts as a consequence of the warming of the planet and climate change,” Biden said. “The specific impact on these specific storms, I can’t say at this point.”

“I’m going to be asking the EPA and others to take a look at that,” Biden added. “The fact is that we all know everything is more intense when the climate is warming. Everything. And obviously it has some impact here, but I can’t give you a quantitative read on that.” 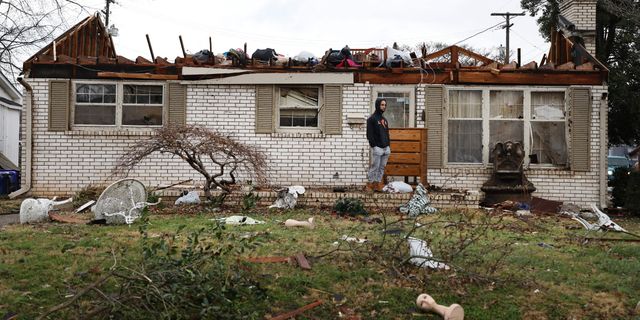 A Bowling Green, Kentucky, resident surveys the damage following a tornado that struck the area on December 11, 2021.
(GUNNAR WORD/AFP via Getty Images)

Biden’s remarks follow a series of deadly storms and tornadoes which swept across Kentucky, Illinois, Arkansas, Tennessee, and Missouri overnight and resulted in multiple injuries and the deaths of nearly 100 Americans.

Along with the storms came an extreme amount of catastrophic damage. As of Saturday morning, more than 200,000 customers remain without power in Tennessee and Kentucky. 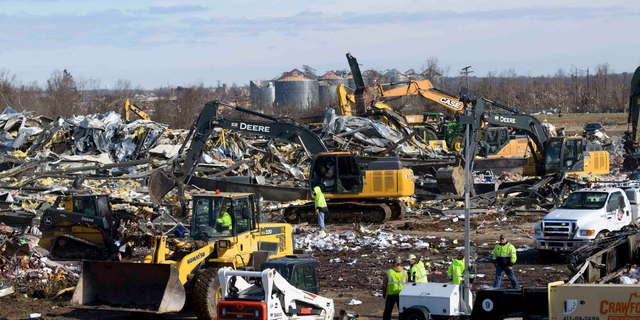 Workers toil through the destruction at Mayfield Consumer Products Candle Factory after it was destroyed by a tornado with workers inside, in Mayfield, Kentucky, on December 11, 2021.
(Photo by JOHN AMIS/AFP via Getty Images))

In addition, a candle factory which had an estimated 110 employees working in it was damaged by the tornado, causing several to be trapped inside.

In November, Biden claimed climate change is “an existential threat to human existence as we know it” at the United Nations’ COP26 conference and apologized for former President Trump’s withdrawal from the Paris climate accord.

Who Should Be Allowed To Adopt Native American Children?