Since banning political ads in late 2019, TikTok has presented itself as an entertainment-only space to “inspire creativity and build joy.” But the viral video-sharing app is still home to content that’s quietly funded by partisan groups, according to a new report.

Influencers are exploiting loopholes in TikTok’s advertising policies to promote political organizations’ agendas without disclosing their paid partnerships with those entities, an investigation from the global nonprofit Mozilla Foundation reveals. The report, titled “Th€se Are Not Po£itical Ad$,” identifies a number of active and partisan videos from creators who are sponsored by groups across the political spectrum, including Turning Point USA, Prager University and Today Is America on the right, as well as The 99 Problems on the left.

The 700-million-user platform’s vulnerability to shadowy political influence operations could ultimately have a malignant effect on its users, advocates warn.

“Advertising transparency allows people to see who is paying for influence online — a crucial safeguard against manipulation and disinformation,” said Brandi Geurkink, Mozilla’s senior manager of advocacy. “But TikTok’s inconsistent disclosure practices and lax enforcement … make the platform vulnerable to abuse by political groups and other malicious actors.”

Launched in 2016 by Chinese tech behemoth ByteDance, TikTok has exploded in popularity in the U.S. As with other social media platforms, it hosts two main types of ads: those placed through the app itself, in which brands pay TikTok to feature their content, and those brokered off-platform between brands and influencers, for which TikTok receives no payment. The app’s ban on political ads applies to both, though the off-platform deals are far more difficult to police.

TikTok’s failure to enforce this rule first came to light ahead of the 2020 presidential election. In October, the BBC uncovered a network of TikTok influencers posting anti-Donald Trump videos in exchange for payment from Bigtent Creative, a marketing company. Some of the videos — none of which were disclosed as paid ads — called for President Trump to be voted out of office. Days later, Reuters reported that The 99 Problems, a political action committee, was paying TikTok influencers to post pro-Joe Biden videos, also without any disclosure.

Until recently, the app’s only stated requirement for ads brokered between brands and influencers was that posters insert the hashtag #Ad into their sponsored videos’ captions — a bare-minimum legal disclosure mandate from the Federal Trade Commission. But Mozilla analyzed the metadata associated with several such ads and found that TikTok appeared to have no means of tracking them.

“Political advertising is not allowed on TikTok, and we continue to invest in people and technology to consistently enforce this policy and build tools for creators on our platform,” a TikTok spokesperson told HuffPost. “As we evolve our approach we appreciate feedback from experts, including researchers at the Mozilla Foundation, and we look forward to a continuing dialogue as we work to develop equitable policies and tools that promote transparency, accountability, and creativity.”

Ads purchased directly through TikTok are clearly and automatically labeled as “sponsored” and are subject to review to ensure compliance prior to posting.

TikTok is also testing a new “branded content toggle,” which is available only to users with more than 10,000 followers. It makes it possible for them to internally signal to TikTok that they’re posting an ad, thereby submitting it for review. But publicly, the toggle doesn’t appear to do much to improve the disclosure of such ads or who’s paying for them; it simply ads #Ad to the caption if it wasn’t already there, according to a description on TikTok’s website.

Influencer marketing is notoriously difficult to regulate — for the FTC as well as social media companies — opening the door to all kinds of malicious activity. Just last month, for example, a London-based communications agency approached several French influencers and offered them money in exchange for spreading false information about the Pfizer-BioNTech COVID-19 vaccine to their large audiences on YouTube, Instagram and Twitter. Similarly, Turning Point Action, an affiliate of Turning Point USA, secretly paid American teenagers last year to spread right-wing disinformation on social media, including false and misleading posts about the pandemic and mail-in ballots.

There’s debate as to what level of responsibility platforms should bear for ads they host but don’t necessarily profit from. But unlike TikTok, other social networking apps have developed tools to drastically increase transparency in this area, such as Instagram’s “branded content tag,” which conspicuously displays a label at the top of sponsored posts that states, “Paid partnership with [Brand].”

TikTok also lacks a publicly searchable ad library, which would allow journalists, researchers and watchdogs to scrutinize ads and understand who’s paying for what. (Facebook, Instagram, Google and Snapchat all have such databases.)

Although TikTok is relatively young, the company has had “plenty of time to learn from the mistakes and also the solutions that other platforms have devised and put into place for an increasing transparency,” Geurkink said. “They just haven’t done so.” 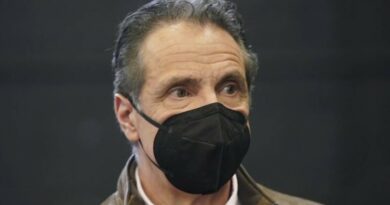