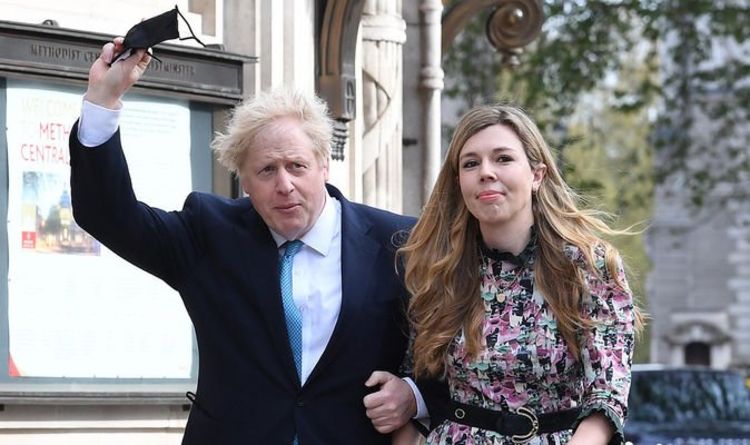 A report alleged the Prime Minister was asked how family life with Carrie Symonds was going at the Garrick Club. Mr Johnson is claimed to have said he was experiencing “buyer’s remorse” over his marriage to the former Conservative press officer.

A Downing Street press officer responded to the claims at 10.30pm on Thursday night.

They said in a text message: “The Prime Minister did not make this remark.

“The allegation is untrue and defamatory.”

“They are completely untrue.”

The spokesman later added when asked again if Mr Johnson planned to sue over the remarks: “That’s not my understanding.

“But again the PM’s been clear that those remarks were never made.”

Asked if the Prime Minister was considering legal action he replied: “I said no to your original question so I think I’ve been pretty clear.”

In a statement from The New European editor-in-chief Matt Kelly, he alleged a Downing Street press officer threatened him with legal action.

He said:  “I was called last night (Thursday) at 10.30pm by a man who identified himself as being from Downing Street Communications office, but whose name I didn’t catch. His opening gambit was: Boris Johnson is going to sue The New European for defamation.

“I won’t go into the rest of the conversation in detail, but suffice to say I made it clear to him that this was not a threat that troubled me greatly and we stood by our story.

“After a few minutes, the caller eventually told me: ‘You just crack on then mate’ and put the phone down.

“I texted him, asking him to repeat his threat of legal action and to send across the Downing Street denial. I also asked him – twice – to identify himself, which he refused to do.

“For a public official to cold-call a newspaper and threaten them with a law suit from a sitting PM, and not to even identify himself, was, I thought, odd. I tried the Downing Street press office to verify the caller’s identity, but they didn’t come back to me. I went to bed…

“I now understand Downing Street denies they threatened legal action, to which all I can say is I stand by our story, and our story about the story. If Boris Johnson changes his mind again and decides to sue, we’ll see him in court.

“Should the veracity of this account be challenged, I do, of course, have the texts.”

The Rejoiner publication The New European alleged Mr Johnson made the remark to attendees at the Garrick Club dinner, hosted by Daily Telegraph columnist Charles Moore.

The outlet claimed around 30 current and former journalists from the Telegraph were present at the Garrick Club dinner.

They quoted one guest as saying: “Clearly he just assumed he was amongst friends, but it was a remarkable thing to say and there were a number of raised eyebrows around the table.”

It was reported Mr Johnson flew back from the COP26 climate conference on a jet to attend the dinner.

Photos from the Mirror showed Mr Johnson leaving The Garrick Club at 10pm, escorted to the door by Lord Moore, his former boss.

It is understood it was a reunion dinner for Daily Telegraph journalists, where Mr Johnson was formerly employed as a £250,000 a year columnist.

Last year, Johnson appointed his old boss and former newspaper editor Charles Moore as a Tory peer to the House of Lords. 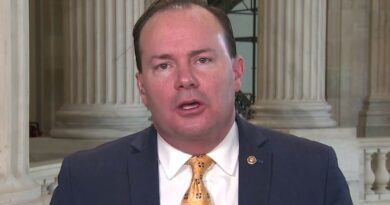