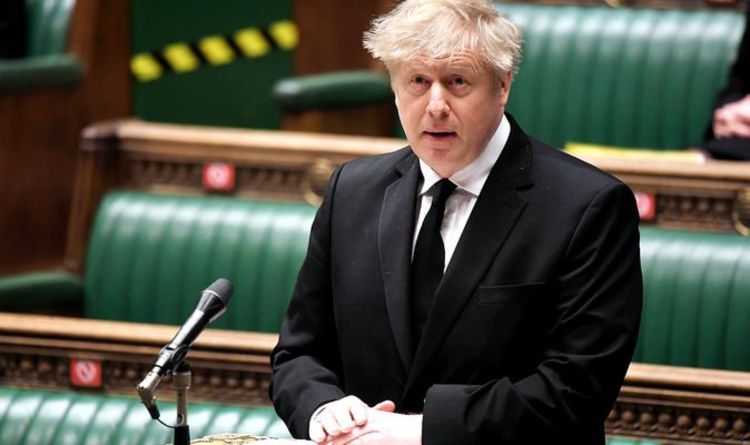 The Prime Minister said the Duke of Edinburgh “touched the lives of millions” and will be remembered with gratitude and fondness for generations to come. Mr Johnson, who took advantage of the Covid rule changes to have his hair trimmed for the occasion, said the Duke occasionally drove a coach and horses through international diplomacy with his gaffes.

He recounted how Philip had criticised the “French concept of breakfast”, told the ­people of the Cayman Islands they were descended from pirates and said he ­would steer clear of Russia because ­“the b******s murdered half­ my family”.

But he insisted the “world did not hold it against him” because he was simply trying to make people laugh so they would forget their nerves in the presence of royalty.

Mr Johnson added: “By his unstinting service to the Queen, the Commonwealth, the Armed Forces, the environment, to millions of people, young and not so young around the world, and to countless other causes, he gave us and he gives us all a model of selflessness and of putting others before ­ourselves. And though I expect he might be embarrassed or even exasperated to receive these tributes, he made this country a better place, and for that he will be remembered with gratitude and with fondness for generations to come.”

Labour leader Sir Keir Starmer said the Duke was a “funny, engaging, warm and ­loving” man, adding: “Britain will not be the same in his absence. For most of ­ us, there’s never been a time ­ when ­the Duke of Edinburgh was not present. 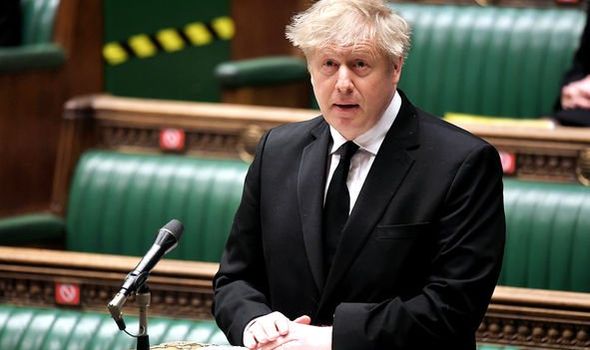 “At every stage of our national story for the last seven decades, he has been there. A symbol of the nation we hope to be at ­ our best. A source of stability. ­A rock.”

MPs returned to the Commons a day early from their Easter break to pay tribute to the Duke and mark his death with a minute’s silence. They praised Philip as a man “ahead of his time” for his environmentalism and the personal sacrifices he made to support the Queen.

Former prime minister Theresa May said although it was in “no way comparable”, ­she knew how important it was to have a husband “who is a source of strength and a rock in time of trouble”.

She added: “As a hugely talented person, Prince Philip could have been enormously successful in his own right but he put his life to ensuring the success of his wife.

“It was that willingness to put himself ­second and to serve, to understand the importance of duty and to exercise it, day ­ in and day out. That will be his true lasting legacy and which should be an inspiration ­to us all.”

She spoke of the time she spent at Balmoral and a recommendation given to her by Philip for a walking route. 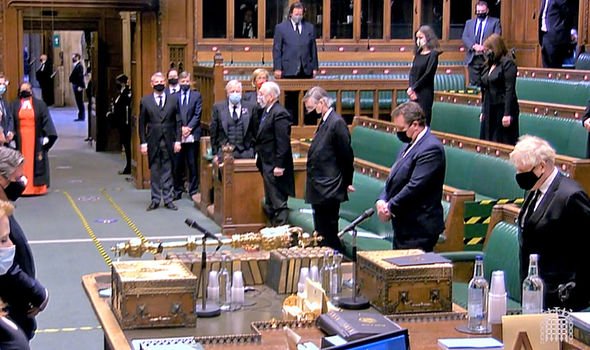 She told MPs: “I remember my last stay at Balmoral – my husband and I, as everybody knows, enjoy walking and we were able to do some walks there and Prince Philip very kindly suggested a particular walk to us. So we were very grateful for this suggestion and we set off. When we got back to the castle several hours later, we were told that Prince Philip did indeed enjoy this walk but he normally drove round it in a car. I’m not sure if it was a test and if it was if we passed it!”

Labour’s Harriet Harman said the Duke never tried to eclipse the Queen even though they started life together at a time when it was expected that the man would play the leading role with a wife in support. She added: “Of course, it takes a remarkable man to be a leader. It takes an even more remarkable man to support a woman leader, and that’s what Prince Philip did.”

Green Party leader Caroline Lucas recalled how despite the Duke’s keen environmentalism, he denied being a green, saying­ there was a difference between concern ­ for nature and being a “bunny hugger”.

She said his views on many issues did not align with the modern environmental movement but described how he was “well ahead of his time” in understanding the importance of the natural world and promoting that cause.

The House of Lords cleared its scheduled business to allow tributes.

Former head of the Royal Navy, Lord West of Spithead, said the Duke was “a fine ­seaman”, whose life of service had been an inspiration to generations of officers.

The Labour former minister joked: “As I stand I can hear Prince Philip in my ear saying ‘West. It fills me with despair that I’ll have to listen to another eulogy from you.’ So I intend to keep it very short.”

He said the Duke came from a generation of naval officers “who were very reticent in showing their emotions” but that did not mean he “didn’t feel the pain and poignancy” of ­wartime.

“He despised flattery and flim-flam,” Lord West said. “He enjoyed the ebullient repartee of the wardroom.”

Speaker Lord Fowler said: “The nation and the whole Common­wealth has lost one of its greatest figures.” 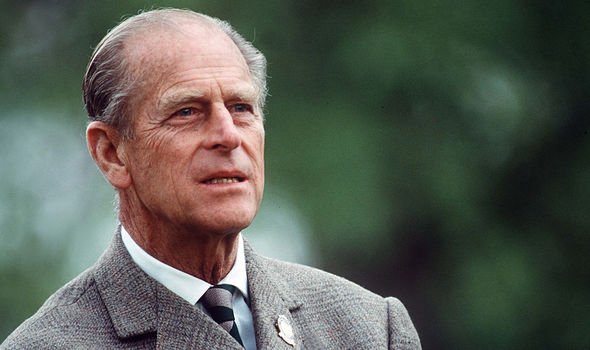 In Holyrood, First Minister Nicola Sturgeon said Philip was different ­in private to his public image. “He was a thoughtful man, deeply interesting and fiercely intelligent.”

Arlene Foster, First Minister of Northern Ireland, spoke about the impact on the Duke of the loss of his uncle, Lord Mountbatten, who was killed by an IRA bomb in 1979.

“The Duke demonstrated the desire for a better future, and particularly so for our younger generation. So let us embrace his legacy to positive effect as we all go about the job of seeing Northern Ireland reaching its full potential in the century ahead of us.”

Liberal Democrat Lord Alderdice, former Speaker of the Northern Ireland Assembly, praised the courage Philip showed when ­ the Queen shook hands with Martin McGuinness during a visit to Northern Ireland in 2012.

“That handshake meant the end of the war,” he said. “He did not shake his hand, he was not effusive but he was there and to me, there’s something ­pro­foundly significant about the courage of a man, ­and ­the steadfastness ­and ­the leadership of someone who can do that.”

McConnell calls Pelosi ‘too afraid’ to give impeachment articles to Senate