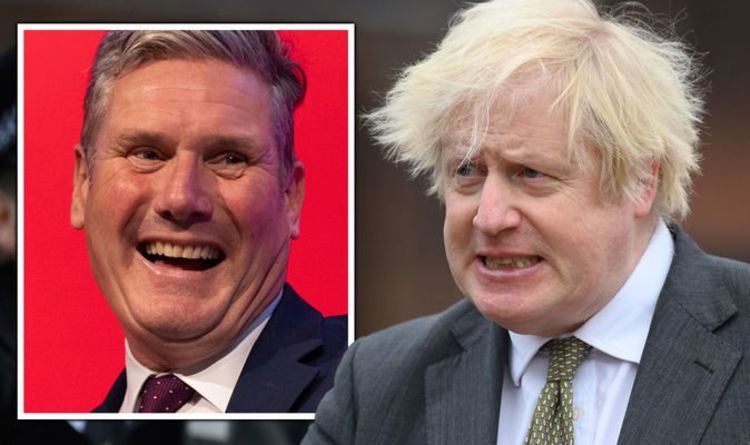 Labour has stormed ahead with an eight-point polling lead on the Conservatives. The poll, which was taken over a three-week period from December 1, suggests that opposition leader Sir Keir Starmer would win a general election with a 26-seat majority.

It also shows that Prime Minister Boris Johnson would lose his seat in Uxbridge & South Ruislip, which would make him the first sitting prime minister to be ejected from Parliament.

The survey, which spoke to almost 25,000 people across all constituencies, showed five other cabinet ministers losing their seats, including Alok Sharma, the Cop26 president, and George Eustice, the environment secretary.

Labour would win 338 seats, while the Tories would be left with 237 – which would be the lowest number since Michael Howard’s failed bid to lead a Conservative victory against Tony Blair in 2005.

The polling shows Labour winning 40 percent of the vote, while the Conservatives would win just 32 percent.

But despite Labour’s success in the polling, it still showed the Scottish National Party (SNP) winning 48 out of the 59 seats.

Justin Ibbett, chief executive of Focaldata who conducted the polling said Sir Keir Starmer’s success is a result of “Conservative collapse” rather than “a resurgent Labour”.

Speaking to the Sunday Times, he said: “Boris Johnson has overseen a seismic drop in Conservative Party support across all sections of society.

“The big difference now is that Starmer isn’t seen as a leader-in-waiting.

“Indeed, that Labour performs so well in this MRP poll is more due to Conservative collapse than a resurgent Labour.”

This comes in the wake of a difficult few weeks for Mr Johnson’s government, which has been rocked by a series of scandals, including a number of reports about “Christmas parties” in Downing Street while most of the country was in lockdown.

Images also emerged of Boris Johnson with wine and cheese alongside his wife and up to 17 staff in the Downing Street garden during lockdown last Summer, which appears to have been in breach of the rules – despite No 10’s insistence that a “work meeting” was taking place.

Mr Johnson also faced the largest rebellion of his premiership, when 99 Tory MPs voted against the government on the issue of vaccine passports earlier this month.

This came after the Tories lost a by-election in North Shropshire to the Liberal Democrats, after holding the sear for more than 200 years.

Winner Helen Morgan overturned a Tory majority of almost 23,000, declaring that the Conservative “party is over”.

This isn’t the first hit Mr Johnson has taken in the polls in recent weeks.

A poll conducted by Ipsos MORI earlier in December put Sir Keir Starmer 13 points ahead of Boris Johnson in a poll which asked respondents who they would prefer as Prime Minister. 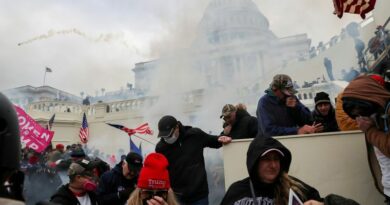 US-China trade war timeline: How did the spat begin?