Lord Frost and European Commission Vice-President Maros Šefčovič ended a fourth week of talks on Friday in order to try and find a compromise on the controversial Northern Ireland Protocol, created to prevent a hard border. The UK and EU have been locked in a battle over how checks must be implemented on goods in Northern Ireland and the oversight of the ECJ in any future disputes.

Following the meeting, Mr Šefčovič said “serious headway” was required in the negotiations but noted there had been a “change in tone” from the UK.

A UK Government spokesman warned “significant gaps remain to be bridged” and the threat of triggering the emergency Article 16 legislation remained on the table.

Lord Frost outlined a set of UK demands in a Command Paper published in July, which included the removal of the ECJ.

The EU has put forward plans to reduce customs checks on 80 percent on goods in Northern Ireland, but on Friday Mr Šefčovič said the EU would stick to its red-line on the European court.

He said: “Without the European Court of Justice jurisdiction, there is no access to the single market.”

The two sides will continue a fifth round of talks next week and Mr Šefčovič also revealed he had a mandate from EU member states to “look for solutions”.

He said: “The Government has made clear that the conditions have already been met to trigger Article 16, and for the UK to take unilateral action to address the difficulties created by the protocol and to replace it with new arrangements that protect Northern Ireland’s place within the UK internal market,” he said.

“That is a key commitment that the UK Government gave in the New Decade, New Approach agreement and we need to see that honoured, either in an agreement with the EU that removes this Irish Sea border, or in unilateral action by the UK Government triggering Article 16 and restoring Northern Ireland’s place fully in the UK internal market.

“Time is of the essence, it’s time for focus now, we need to see solutions, less of the rhetoric and let’s get to where we need to get to, and that is to remove the Irish Sea border and restore Northern Ireland’s place fully within the UK internal market.” 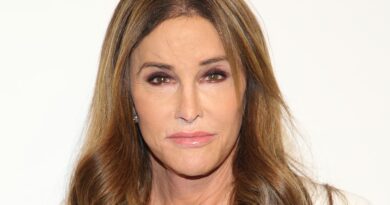 Caitlyn Jenner announces run for governor of California: 'I'm in!'