Brexit will have 'consequences' for the UK says Olaf Scholz

Olaf Scholz moved closer to becoming Germany’s new chancellor this past week. It came as his Social Democratic Party (SPD), The Greens and the Free Democrats (FDP) entered a second round of “in-depth exploratory coalition talks”. The Greens are currently in the ‘kingmaker’ position, having placed third in the election with 14.8 percent, while the FDP came fourth.

The EU will likely be keeping a close eye on the results given Germany’s great influence within the bloc.

Much has been said about the country’s future position in Brussels once Chancellor Angela Merkel officially departs her role as a new coalition government is formed.

Mrs Merkel spent the last 16 years shaping not only the German political landscape but also that in the EU.

While any new chancellor will pick up where Mrs Merkel left in the EU, some argue that Germany is desperate to play-down its position within the bloc.

This desire was elevated, Dr Alim Baluch, a professor who specialises in German politics at the University of Bath said, when the UK left the EU.

Germany is now “concerned” because it no longer has Britain to shade the extent of its power, according to the expert.

Asked whether the country’s place in the EU would now dimmish without Mrs Merkel’s presence, he told Express.co.uk: “No, but Germany doesn’t mind if it is seen as just one of many bigger countries.

“Germany’s concern is to not be seen as the over-powerful leader of the EU.

JUST IN: French fishermen warn they will retaliate over Brexit fishing row

“But it is massively influential, and it’s trying to play it down — that’s Germany’s game.

“Brexit made it so much more difficult because the second largest economy has gone, and now Germany looks even bigger.”

He said the fact that France was in “massive economic trouble” made things even more difficult for Germany and its hopes of deflecting its power.

Dr Baluch continued: “So that is Germany’s concern — that it will become an even bigger giant after the UK’s departure — it doesn’t want its leadership role in the EU questioned.

“But, Germany’s role is very secure; it doesn’t depend upon the personality of the chancellor.”

Further negotiations between the so-called “traffic light” coalition — a reference to their party colours — are set to take place on Friday.

According to DW, party representatives have said they hope to present initial results toward the end of the week.

None of the negotiators have yet given details as to the state of the talks.

The only murmurs that have escaped the meetings are the differences of opinion in a number of areas.

Two of the most fundamental are on finance — the FDP is pro-business — and the environment — The Greens want to push for a green agenda.

Much of The Greens’ policies overlap with the SPD in areas such as taxation on the wealthy to bankroll climate protection policies.

The FDP, however, are opposed to such ideas, preferring market-based solutions.

Many initially believed that, given the SPD’s centre-left leaning, Mr Scholz would welcome the left-wing Die Linke (The Left) into talks.

But the election victor quickly ruled out any representatives from The Left being invited to the negotiating table.

Meanwhile, Mrs Merkel will be bitterly disappointed that her Christian Democratic Union (CDU) and Christian Social Union (CSU) coalition failed to surpass SPD in the polls, coming a close second.

Armin Laschet, who was elected to succeed Mrs Merkel as party leader in January and immediately placed as a chancellor candidate, is now under pressure to allow members to vote for a new leader. 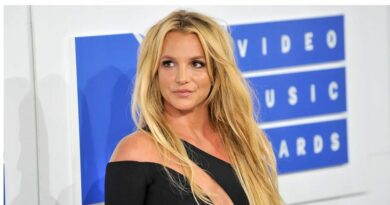 Gaetz invites Britney Spears to speak before Congress: 'You have been mistreated by America’s legal system'