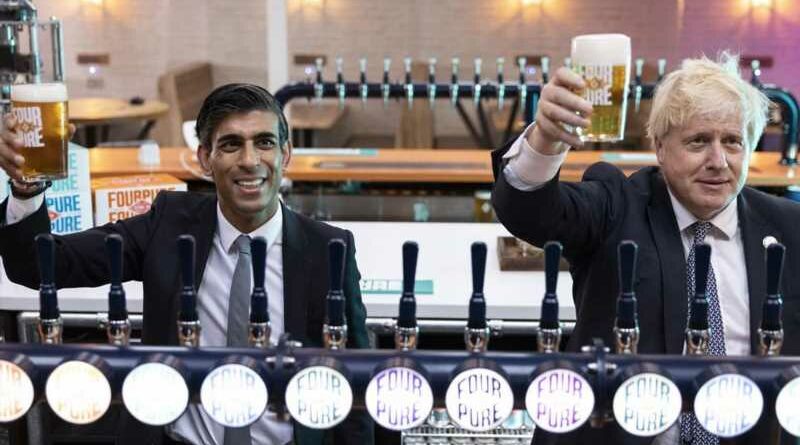 Rishi Sunak will hit the airwaves to sell his budget later, after it was warned that the chancellor’s economic set piece will leave the poorest families “far worse off”.

Having vowed to build “a stronger economy for the British people” after the coronavirus crisis in his address on Wednesday, Mr Sunak will face questions about his plans for the nation’s finances in a series of broadcast interviews.

MPs will also get the chance to give their views, with the budget debate continuing in the Commons.

The chancellor warned of “challenging” months ahead due to the continuing COVID pandemic and rising inflation as he delivered his budget.

Promising to provide “help for working families with the cost of living”, Mr Sunak announced he would lower the taper rate of Universal Credit from 63% to 55%.

The move means that, for every extra £1 someone earns, their Universal Credit will be reduced by 55p rather than 63p.

Mr Sunak also announced a new post-Brexit system of alcohol duties, including a lower rate of tax on draught beer and cider to boost pubs.

And with petrol prices having hit a record high across the UK, the chancellor cancelled a planned rise in fuel duty.

In a bid to support high streets, Mr Sunak unveiled a new year-long 50% business rates discount for businesses in the retail, hospitality and leisure sectors.

Given the budget was delivered amid the backdrop of a continuing cost of living crisis that is putting pressure on household budgets, particular attention was paid to measures to try to ease the strain on people’s finances. 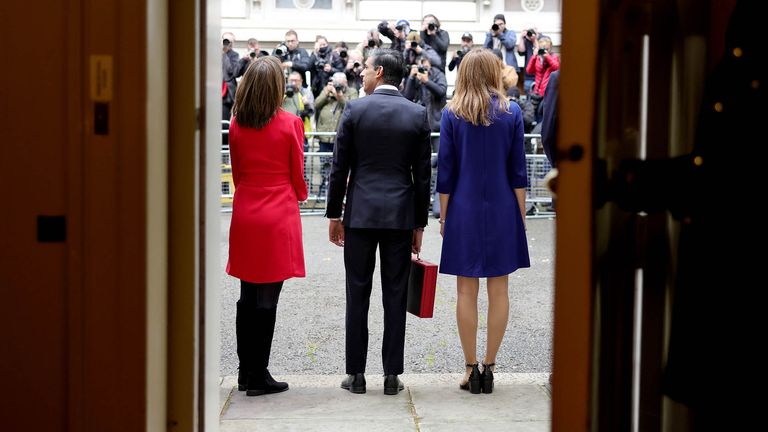 But delivering its snap assessment of the chancellor’s budget, the Resolution Foundation suggested the bottom fifth of households will be worse off to the tune of £280 a year because of welfare cuts and tax increases.

The think tank said a typical worker on £29,000 could also end up worse off as rising inflation – which is predicted to peak at 4.4% in March – will “all but end income growth next year” as the cost of living goes up.

Torsten Bell, chief executive of the Resolution Foundation, said the reduction in the Universal Credit taper would “soften, rather than tackle, the cost of living crisis facing millions of families across the UK today”.

He continued: “The welcome £3bn boost to Universal Credit will have offset some of the losses from the £6bn cut that took effect earlier this month.

“But while some higher-earning couples on Universal Credit are likely to be better off, the poorest families in the UK will still be far worse off over the coming months.”

The Institute for Fiscal Studies, which will deliver its full verdict on the budget later, said people will not necessarily feel better off.

“Inflation is going to head up to 4%, even 5%. We have big tax rises coming next April,” said the research institute’s director Paul Johnson in the immediate aftermath on Wednesday.

“The economy’s not really growing very fast, so it’s likely on average people’s incomes will only be crawling over the next three, four, even five years and certainly some people, particularly those whose wages don’t go up as fast, will be feeling worse off.

“So this is not a period of people feeling better I’m afraid.” 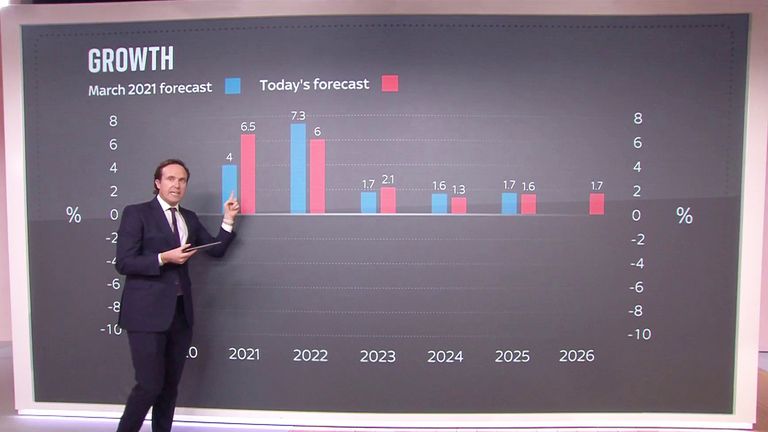 Labour’s shadow chancellor Rachel Reeves said “never has a chancellor asked the British people to pay so much for so little”, describing the budget as a “shocking missed opportunity by a government that is completely out of touch”.

“As he hits working people with the highest sustained tax burden in peacetime, he’s giving a tax cut to bankers who like to take short-haul flights while sipping Champagne,” she said.

“After taking £6bn out of the pockets of some of the poorest people in this country, he is expecting them to cheer today at being given £2bn to compensate.”

Labour leader Sir Keir Starmer, who tested positive for COVID on Wednesday morning and therefore missed the budget, accused Mr Sunak of doing “nothing about the cost-of-living crisis”.

In the wake of the budget, the Office for Budget Responsibility said the overall tax burden was at its highest since the early 1950s, towards the end of Labour Prime Minister Clement Atlee’s time in Downing Street.

The chancellor acknowledged this in his budget speech, telling MPs: “I don’t like it, but I cannot apologise for it, it’s the result of the unprecedented crisis we faced and the extraordinary action we took in response.”

And in a bid to reassure Tory MPs, Mr Sunak added: “By the end of this parliament, I want taxes to be going down not up.”

The chancellor later addressed the 1922 Committee of Conservative backbenchers – and it is understood he tried to further reassure them on this point, telling them that he wants to use “every marginal pound” in the future to cut taxes rather than increase spending. 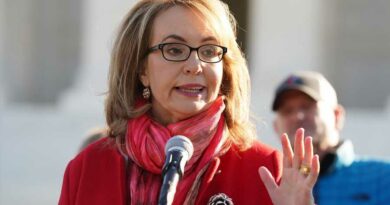 The Supreme Court Doesn't Care About Your Votes

Trump stays out of sight, few details about his COVID-19 recovery – The Denver Post