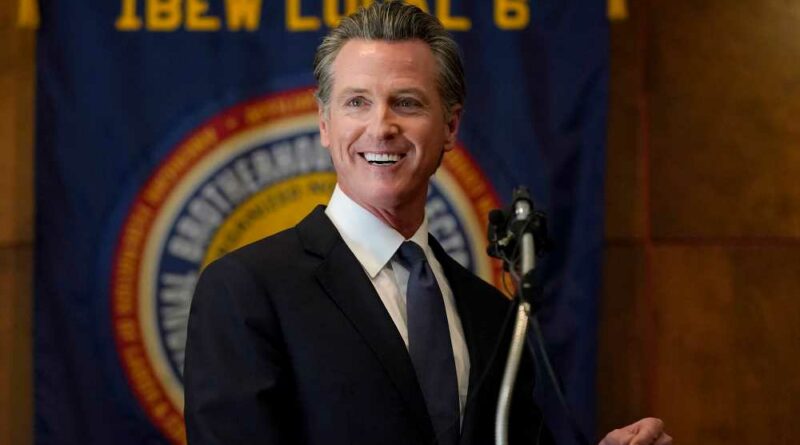 Gavin Newsom will remain the governor of California.

The state voted against recalling the 53-year-old Democrat on Tuesday — and it wasn’t close. When the Associate Press called the race just before 9 p.m. on the West Coast, a whopping 67 percent of voters had opposed the recall. The decision marks the end of a costly, months-long effort to boot Newsom from office under the state’s recall system, which allows for the removal of state and local officials prior to the expiration of their term.

Newsom seemed an unlikely candidate for a recall. He was elected in a landslide in 2018, and recent polls have put his approval rating at north of 50 percent. (When Gray Davis was recalled in 2003, his approval rating was 26 percent.) But hardships brought on by the pandemic gave Republican activists room to successfully lobby for a recall election. This inspired a flood of mostly unqualified challengers. Caitlyn Jenner, the reality star, even joined the fray. So did a San Diego businessman who toured the state with a live Kodiak bear. In the end, 46 candidates to replace Newsom appeared on the ballot.

Despite the lack of a serious contender to replace Newsom, it seemed as recently as July that his residence in the Governor’s Mansion could be in jeopardy. Many blamed the tight polling on the state’s Democrats not taking the recall seriously, leading Newsom to enlist the help of some powerful friends. They included Sen. Elizabeth Warren (D-Mass.), Vice President Kamala Harris, and even President Biden, who was in Long Beach on Monday to campaign for Newsom. In the immediate run-up to the election, polling indicated Newsom would retain his seat by a comfortable margin, with his support averaging around 57 percent.

The impact of the Democratic establishment lining up behind Newsom can’t be discounted when considering his margin of victory on Tuesday. Nor can his anemic competition. The leading contender to replace him, by far, was Larry Elder, a libertarian talk show host who *clears throat* opposes mask and vaccine mandates, has denied the climate crisis, doesn’t believe racism is a problem in America, opposes the idea of a minimum wage, thinks the 2020 election was rigged against Trump, and has been accused of brandishing a gun during an argument with his ex-girlfriend, who claimed Elder also repeatedly insisted she get a “Larry’s Girl” tattoo to prove her devotion. (We broke down Elder’s rap sheet in greater detail prior to the election.)

In Trumpian fashion, Elder spent the run-up to the election claiming the recall was rigged in favor of Newsom, and, also in Trumpian fashion, declined to say whether he would accept the results of the election should he lose. “I’m going to win so all these questions will be moot,” Elder told reporters on Monday. Newsom responded a day later. “They are quite literally trying to dismantle democracy and trust in this country,” he told MSNBC. “I’ll accept the will of the voters no matter what it is. Period, full-stop.”

He’ll do so with enthusiasm when he takes the podium at his victory party Tuesday night.

Tammy Bruce: Chelsea Clinton is worth big bucks — Here's how she managed to make all that money