Tony Smith, a former head of the border force, had taken aim at the French PM recently, saying he was “turning a blind eye” to migrants and criminal gangs. These claims come after a record-breaking 1,185 people reached the UK on Thursday.

Former security minister Sir John Hayes urged the Government to turn back more of these migrant boats, saying: “If not now, when?”

Sir John has also argued that the number of people entering the UK makes “a nonsense of the claim that we’ve taken back control of our borders”.

He added: “[The] Government really needs now to do what I know they’ve been planning for some time, which is to turn back the boats and to process all asylum applications offshore.

“[In] Australia that had a dramatic effect on the number of people crossing because the truth is that a combination of people traffickers, economic migrants, and irresponsible and greedy rights lawyers are gaming the asylum system.”

Express.co.uk readers were not happy by the suggestion that Macron is turning a “blind eye” to migrants.

One reader wrote: “This is what Brexiteers voted for.

“To be in charge of our own borders.”

PatsyBallerina wrote: “Per Capita the UK takes less than 1/2 the number of immigrant refugees than France, less than a 1/4 of what the Netherlands take in and less than a 10th of what Germany takes.

“And yet the UK has been one of the top nations responsible for refugees with the wars we start and take part in such as Iraq, Afghanistan, Libya, Syria.

“So it’s only right that the UK takes its fair share as we’re a big part of the cause.”

BishopK wrote: “The problem can be dealt with.

“However, the government would seem to lack the will or courage to do so, and our fair legal system is being turned against us.”

Proudscot wrote: “This is getting seriously out of hand.

“The government seems incapable of properly protecting our own shores while sending our troops to another country entirely to help them protect their borders.

“This is wrong and totally unacceptable.”

The taxilady wrote: “Tow them straight back.

“Bring the border back to Dover.

“Make our side of it a No go zone for EU vessels.” 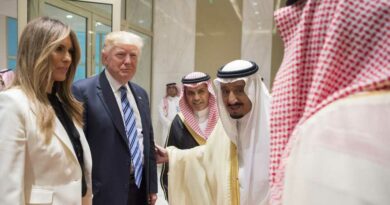