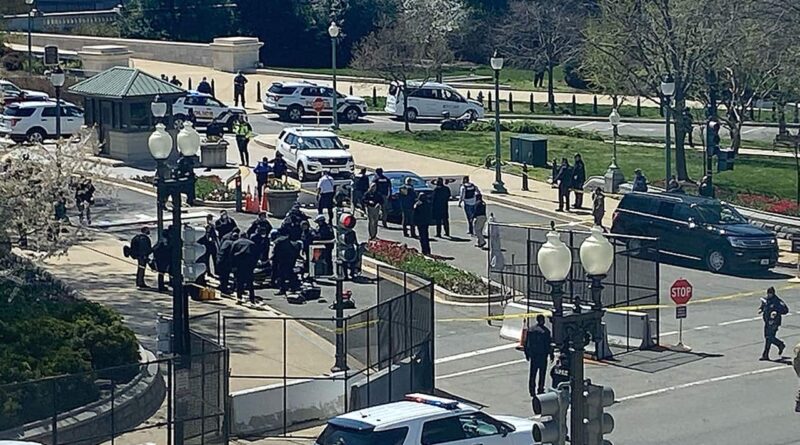 Capitol suspect shot after getting out of car with knife

The U.S. Capitol is on lockdown after a suspect drove into Capitol officers. The suspect was shot after getting out of the car with a knife.

The suspect exited his car wielding a knife and was shot by the USCP. Fox News is told security officials believe the suspect was a “lone wolf,” not connected to any other group.

“Man, we just shot somebody,” an officer told Fox News.

“Due to an exterior security threat, no entry or exit is permitted at this time in any building in the Capitol complex,” a voice announcement throughout the complex sounded. 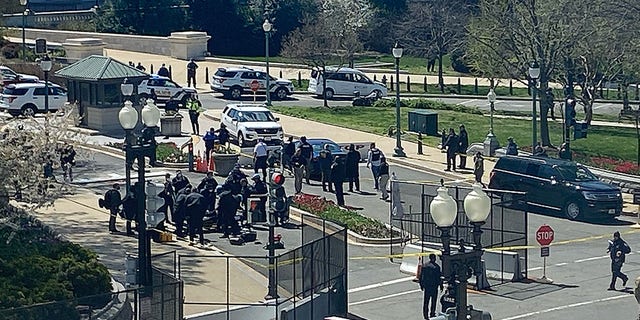 Two stretchers have been rolled out. One went beyond my point of view – the other to the person on the ground. "Exterior security threat" reported at US Capitol.
(Hillary Vaughn)

“You may move around the buildings but stay away from exterior windows and doors,” it also said.

Capitol Police outside of the building were seen tending to at least one person on the ground, with at least two stretchers rolled out and large amounts of law enforcement and first responder activity.

At least two people were pushed on separate stretchers into two separate ambulances, which have left the scene.

The FBI Washington Field Office tweeted that it is supporting the Capitol Police in responding to the incident.

“Praying for the United States Capitol Police officers who were attacked at the Capitol,” Senate Minority Leader Mitch McConnell, R-Ky., tweeted. “We are still learning what’s taken place. Grateful to all the USCP and first responders who are on the scene.”

The entry point where the scene unfolded is directly where senators and aides enter the Capitol each day. The incident occurred at the North barricade vehicle access along Constitution Avenue. Capitol Police had originally reported Independence Avenue before issuing a correction.

Constitution Avenue was closed off until two weeks ago when they reduced the size of the outer perimeter. The National Guard is still stationed there.

There was a car visibly smashed into a barrier outside of the Capitol.

Video showed a helicopter landing on the East Front of the Capitol to respond to the scene.

White House Press Secretary Jen Psaki said Friday that she did not have an update about any change in security posture at the White House. She was not aware of the episode as she gave her daily briefing.

The incident comes as the Capitol has been fortified for months following the Jan. 6 attack on the building by a pro-Trump mob, after which law enforcement erected a fence for hundreds of yards beyond the buildings of the Capitol complex.

In recent weeks, the perimeter around the Capitol was reduced as the security posture around the complex was relaxed. 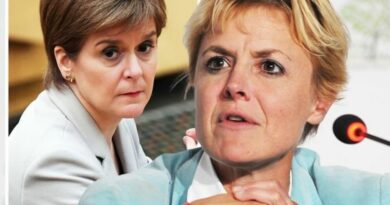 Stay out of it! Danish ex-minister breaks cover to BACK Scotland rejoining EU

Cuomo rips Trump over coronavirus remarks, warns public to 'be afraid of COVID'