CNN’s communications team put Sen. Ted Cruz (R-Texas) through the wringer on Monday after he attacked the network’s chief international correspondent, Clarissa Ward, who is reporting from the ground about the Taliban takeover of Afghanistan.

Reporting live from Kabul, Ward has provided a glimpse into the chaos and terror as Afghans flee the capital, and she spoke directly to members of the Taliban. During her report, she noted how some citizens would approach Taliban fighters for photos.

“They’re just chanting ‘Death to America,’ but they seem friendly at the same time,” she commented. “It’s utterly bizarre.”

That comment came after a series of observations about how the Taliban fighters had assured her “everything is under control” and “nobody should worry.” She was ostensibly pointing out the discord between their assurances and their chants.

Cruz, who famously jetted off to Cancun, Mexico, as his constituents struggled without power and drinking water during a devastating winter storm, retweeted an out-of-context clip of that quote that multiple right-wing personalities had latched on to in order to attack CNN.

“Is there an enemy of America for whom CNN WON’T cheerlead?” Cruz asked.  “In mandatory burkas, no less,” he added, misidentifying the head covering Ward was wearing.

As a woman, American and journalist, Ward is placing herself at great risk by being in Afghanistan as Islamic militants overthrow its government. While the Taliban has sought to reassure citizens, many fear the group will roll back human rights gains made over the past two decades, particularly for women, journalists and nongovernmental organization workers.

The CNN Communications Twitter account replied directly to Cruz’s tweet to remind him that Ward is putting herself in harm’s way to bring news to the world and suggested a better use of his time: 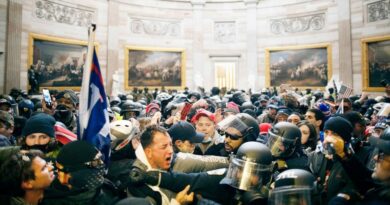