Lord David Frost announced his resignation as Brexit Minister and cited political differences between him and Boris Johnson over Covid restrictions as the main reason for the stepping down. Lord Frost told BBC News he had no disagreed with the Prime Minister on Brexit policy and said the reason for his departure was not because of “leadership”. But as question marks are now raised over the future of Northern Ireland and Brexit negotiations, Ecolo (Green) MEP Philippe Lamberts gave his thoughts on what the UK should now do with negotiations from here on out.

Speaking on Channel 4 News, Mr Lamberts was asked how the news of Lord Frost’s departure was taken in Europe.

The MEP replied: “David Frost is a strange animal, when he represented the interests of the British Whiskey Association (sic) he was a fervent pro-remain supporter.

“And then he turned into a hard Brexiteer. When he was appointed as a Brexit secretary, he came to Brussels delivering a very nationalistic British discourse so it would seem he was a hardliner all along.

“Maybe he understood he that Boris Johnson wants to take a lenient course with the European Union at the moment because he’s already got too many fronts to fight.”

Mr Lamberts suggested that may have had something to do with Lord Frost’s resignation.

He added Lord Frost was “stubborn” and said no concessions from the European Union on the Northern Ireland Protocol would “alleviate” him – stating he was on a “crusade”.

Mr Lamberts believed the Prime Minister was in many “rocks and hard places” with his domestic politics and would be watching closely to see who may replace Lord Frost.

When asked about the effects of the pandemic on negotiations and whether they have been sidelined, Mr Lamberts said: “Well, we might be tempted to do the same thing because guess what we are also facing the pandemic in Europe…

“We would like the relationship to settle a bit into a more stable form and indeed, if we could leave ideology at the door and be pragmatic that would help everyone.

David Frost explains why he resigned from Government

“Especially people on the ground in Northern Ireland.”

Lord Frost was in charge of the UK’s post-Brexit negotiations and strategy and resigned from his role on Sunday.

He said: “I left the government, as I think is well known, because I couldn’t support certain policies, most recently on COVID restrictions and ‘plan B’.

It was announced shortly after that Foreign Secretary Liz Truss would be taking over Lord Frost’s brief in the meantime as details of a permanent replacement are thrashed out.

French Europe Minister Clement Beaune tweeted out his best wishes for Lord Frost and hoped the resignation would spur the UK into building a “climate of trust”.

The tweet read: “We had difficult relations, but we always continued dialogue.

“It is time for the British government to rebuild a climate of trust with France and the EU, in the interest of all.”

Maros Sefcovic, the European Commission’s vice president who has also been leading the EU’s negotiations on the Protocol, said: “My team and I will continue to cooperate with the UK in the same constructive spirit on all important tasks ahead, including the Protocol on Ireland/Northern Ireland.”

The rebellion in the House of Commons was the largest seen under Boris Johnson’s premiership as questions of his leadership have circulated within the ranks. 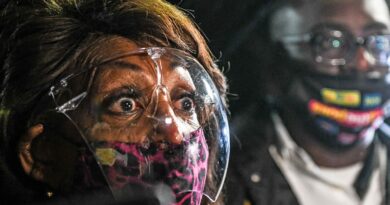 NHS news: Do we have to pay for the NHS? Is the NHS free, is it being privatised?