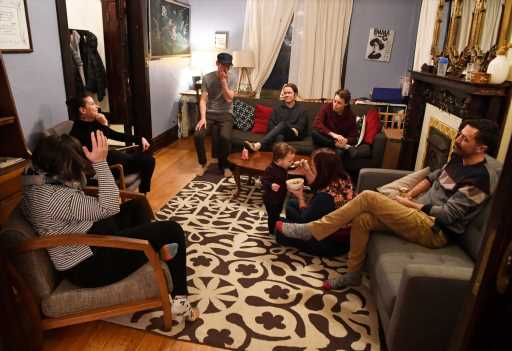 Denver voters were rejecting an attempt to undo recent zoning code changes allowing up to five unrelated people to share a home and expanding available plots for halfway homes, in election results posted just after 8:30 p.m.

If the measure ultimately fails, the city’s limit remains at five unrelated people allowed to live together in the same home. In addition, halfway homes and shelters will be permitted along commercial corridors like Colfax, Broadway and Federal.

In addition, the rules remaining in place allow for the renovation or reconstruction of large shelters and permitted shelters run by churches, nonprofits and governments to host up to 100 people for up to 130 days a year rather than the old limit of 120 days.

Proponents of the code changes, which were first proposed in 2018, said allowing more unrelated people to live together could help more people find affordable housing in an increasingly expensive city. Expanding available locations for halfway homes outside of just industrial areas is expected to give criminal offenders a better shot at reintegrating into the community and better access to things like public transportation.

A substantial coalition formed to oppose the repeal effort and Mayor Michael Hancock and 10 of 13 City Council members backed that effort. Hancock noted that the repeal campaign included a lot of “fear mongering.”

“I’m pleased that voters saw through the misinformation and opted to maintain the housing tools that are necessary to keep Denver diverse and moving forward,” Hancock said in a statement. “We need every option available to us to tackle our affordable housing challenges. The recent changes to our zoning code were made after years of community input and with broad support from across the city. Thankfully, the vote tonight means we do not have to roll back the clock and become the most restrictive city in which to live in Colorado.”

Parliament: All new public buses will be electric or hybrid, says Janil

Boris Johnson girlfriend: How ‘ambitious’ Carrie Symonds wants No 10 as much as Boris