National columnist Suzette Hackney is in Minneapolis for the trial of Derek Chauvin, reporting on the people, the scene and the mood.

MINNEAPOLIS – It’s been overcast and rainy here for almost a week. Showers are relentless and inconvenient. Clouds hang low, dark and sometimes menacing. A chill in the air clings to our bones.

The weather is a metaphor for the endless loop of rage and despair many Black Minnesotans – and Americans – feel and have felt for years.

Under the shadow of former Minneapolis police officer Derek Chauvin’s trial – one of the highest-profile legal proceedings of our generation – another Black man has died just 10 miles  north of the city. He was shot by a Brooklyn Center police officer during a traffic stop Sunday. His name is Daunte Wright. He was 20 years old.

Brooklyn Center Police Chief Tim Gannon said the officer mistakenly grabbed her firearm instead of her Taser. In a news conference Monday, Gannon characterized the shooting as an “accidental discharge.”

‘I’m better than that’: What I tell myself every time my blood boils over George Floyd’s death

We fear for our lives

Of course, it’s not just a Minneapolis-area thing. Ask Virginia Army Lt. Caron Nazario how lucky he feels to be alive after a traffic stop in December when he held his hands up through the driver’s side window but still got blasted with pepper spray, berated, dehumanized and forced to the ground.

The officers said in the police report that they stopped Nazario’s Chevrolet Tahoe because it didn’t have a rear license plate, although the report acknowledges the officers later noticed a temporary plate displayed in the back window.

I drove with expired tags a few times last year. My birthday is in early April, and I would have needed to update my plate stickers right in the thick of the COVID-19 lockdown. Every time I got behind the wheel, I found myself uncontrollably shaking with fear. This anxiety is inherent in people who look like me because of incidents like what happened to Nazario and Wright.

We fear for our lives.

The ‘mistakes’ and deaths keep coming

And we are tired of those who want to justify the abuse and destruction of Black and brown bodies by asking: Why didn’t he comply? All he had to do was cooperate and he’d be alive today.

Derek Chauvin case: ‘Imagine saying to a room full of Black people: It’s too hard for me to watch that trial’ 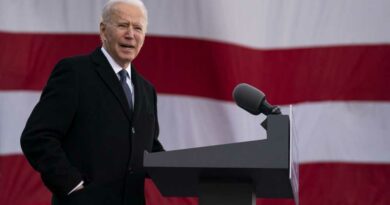