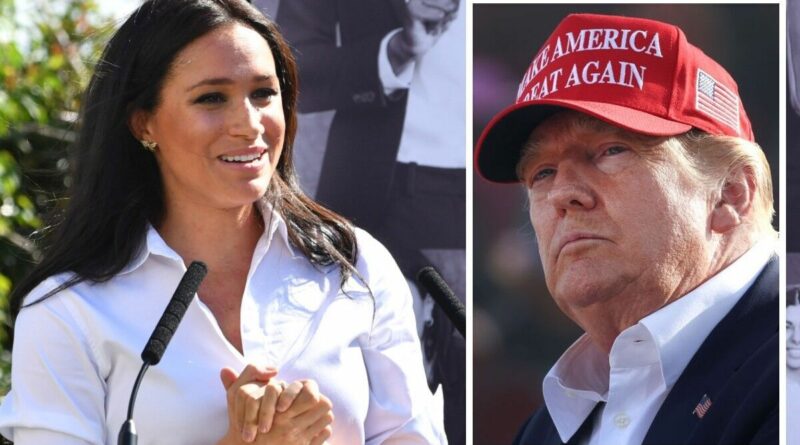 Meghan Markle 'could run for US President in 2028' says host

The news comes as President Joe Biden’s sister, Valerie Biden Owens said Ms Markle should join the Democratic Party as she would “of course” make a good presidential candidate. Ms Biden said not only would Ms Markle be welcome, but it would be a key step to having more women involved in top tier US politics.

Yet for some, the idea of Meghan running for office would be a great opportunity for former President Donald Trump should he run again.

Taking to Twitter to share his views, journalist Andrew Pierce said: “If Meghan Markle does run for President, the happiest Republican would be Donald Trump.”

This was backed up by another journalist who stated Ms Markle running for office would be a disaster.

Michael Deaton said: “Her candidacy would be an absolute gift to Donald Trump – or any other Republican.

“She would be their dream opponent because she so perfectly fits their stereotype of 21st-century Democrats.

“They would call her woke, preachy and pampered, a fully paid-up member of the coastal elite.”

He argues many working-class Americans in the so-called “rust-belt” areas of the US would see Ms Markle as being out of touch with everyday blue-collar workers who relate to Trump’s “America First” policy with ease.

Mr Deaton also states the Duchess would find the pressure of running for office impossible.

He said: “As a member of the Royal family she was surrounded by cheering crowds wherever she went and was required to perform few duties more taxing than to smile and wave.

“If she thought that was tough, wait till she finds out what it’s like to be a politician.

“A politician needs skin thicker than a bank vault door.

Writing in The Telegraph, Mr Deaton added: “The Duchess is a woman of many qualities, but imperviousness to criticism is possibly not top of the list.”

However, most worrying says Mr Deaton is the notion of Meghan actually winning the race to the White House.

“The Royal family would naturally be obliged to invite the new president to make a state visit.”

With tension running high between the Duke and Duchess of Sussex and the rest of the Royal Family since they chose to step back, such a visit could be extremely challenging.

Yet, in the US, the prospect of Mr Biden winning a second term is low, with age a factor, Mr Biden will turn 82 at the end of his first term, as well as a resurgent Mr Trump, a new challenger may well be required.

Should Meghan run for President? Can she beat Donald Trump? What would it mean for UK/US relations? Let us know what you think by CLICKING HERE and joining the debate in our comments section below – Every Voice Matters!

For Meghan, bookmakers have taken to providing interesting odds on her becoming the next “leader of the free world.”

Oddschecker has the Duchess on 100/1, whilst other bookies have placed her on 66/1.

The current favourites to win the 2024 election are Mike Pence at 6/1, Joe Biden at 8/1, Donald Trump at 16/1 and Kamala Harris sharing Mr Trump’s chances. 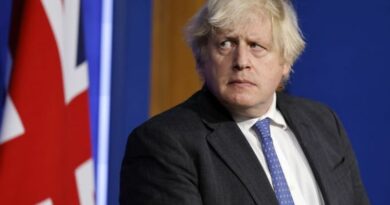 Trump Downplays COVID-19 Deaths in Viral Interview: 'It Is What It Is … It's Under Control' 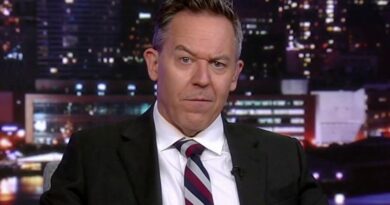 Greg Gutfeld: No one is in charge, and no one cares