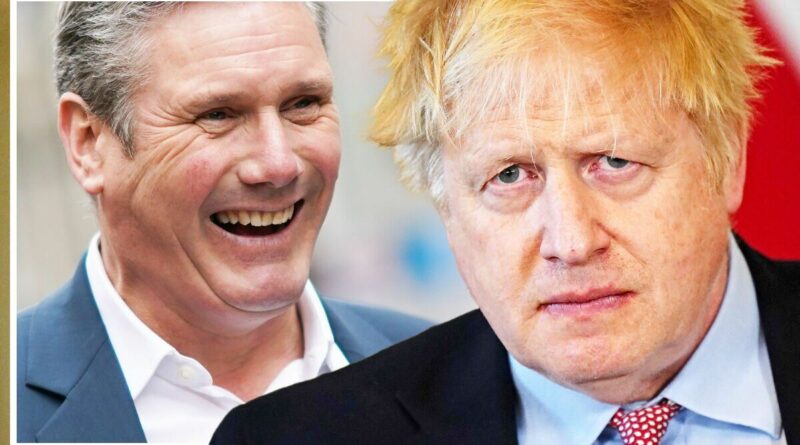 Despite their local council focus, the national Government has a lot on the line ahead of polling day. Partygate and several other scandals have left Boris Johnson’s Conservatives injured and expecting a “drubbing” at ballot boxes this week. The latest polls show the party could lose hundreds of seats, and Labour could capitalise on this.

The May 5 elections will see people pick thousands of new local councillors across the UK to direct local day-to-day business.

Typically, while political parties direct many of their campaigns, their elections wouldn’t impact the amount of power they hold nationally.

But in 2022, Britons will react to a host of national issues, and are poised to punish the Conservatives.

Polls show that councils have weighed down Boris Johnson’s party, leaving it vulnerable in England and Wales.

At present, the Conservatives hold approximately 1,526 seats across the two nations.

Political consultancy Electoral Calculus has provided a poll of polls predicting how the seats could change by May 5.

At the end of the week the Conservatives could be left with fewer than 1,000 seats.

The consultancy’s poll has predicted Boris Johnson will only hold on to 978 wards.

While the Conservatives could gain three new seats in North Yorkshire, Vale of Glamorgan and Worcester, the party would lose some of its boltholes.

Landmark losses could include:

The prediction would mark a 548 seat drop, and Labour stands to capitalise on this.

The increase of 819 would mean that the party would keep every one of its wards and gain 16.

Expressed as a percentage nationally, Electoral Calculus has found that roughly 39 percent of voters will cast a ballot for Labour, 24 percent for the Conservatives, and 15 percent for the Liberal Democrats.

Campaign leaflets show that local Conservatives are well aware of the troubles they face in the polls.

Council candidates in the Hartlepool constituency, which the party snatched from Labour in a 2021 by-election, have asked voters not to “punish” them for the acts of the national party led by Mr Johnson.

More than one has placed the following message on their leaflets: “This Thursday, please don’t punish local Conservatives for the mistakes made in Westminster, we are local and proud of where we live and, like you, we want the best for Hartlepool.”