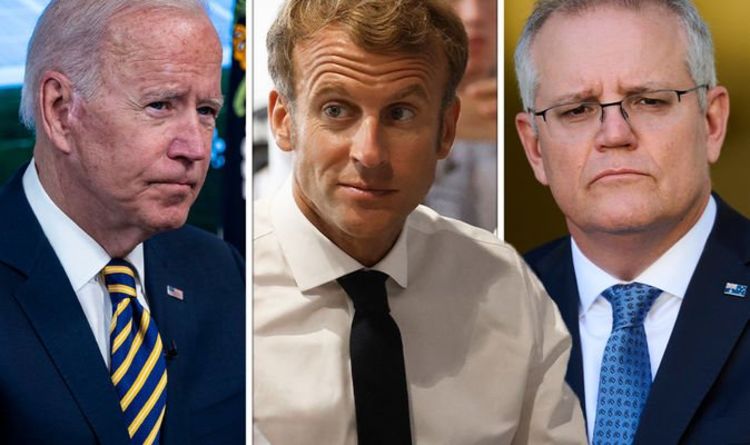 Paris has reacted with diplomatic fury in the wake of Canberra pulling the plug on its agreement to buy 12 French-built diesel-powered submarines and instead opting to buy nuclear-fuelled vessels from the British and Americans. The French government almost immediately recalled its ambassadors from Canberra and Washington. And since, one of President Emmanuel Macron’s closest allies has threatened to torpedo the EU’s trade talks with Australia.

Reacting to the spat, a media outlet run by China’s ministry of defence likened France’s diplomatic withdrawal to a “p***** off child in front of adults, who thinks he could get attention by acting wildly and unreasonably”.

The National Defence Times added: “Even during the Trump administration there has been no recall of ambassadors.

“It seems France is really angry.”

France’s reaction to the so-called AUKUS military pact has threatened to destabilise diplomatic relations around the world.

The Foreign Office has concerned that there is now “tension” in Britain’s relations with France after Paris cancelled a meeting of defence ministers.

The European Commission has suggested it might have to review its schedule for trade talks with Australia after a French threat to sink any deal.

Hardline Europe minister Clement Beaune said: “Keeping one’s word is the condition of trust between democracies and between allies.

“So it is unthinkable to move forward on trade negotiations as if nothing had happened with a country in which we no longer trust.”

While the European Commission handles trade negotiations on behalf of EU member states, each agreement must be rubber-stamped by all 27 national capitals before it can enter into force.

Paris has a history of sinking EU trade negotiations because of its opposition to such agreements.

Reacting to the threat, a Commission spokesman said: “At the end of the last round with Australia which took place in June it was agreed the next round would take place in October so this is the current state of play.

“We are analysing the impact of the AUKUS announcement and what this impact would be on this schedule.”

Commission President Ursula von der Leyen is understood to be in close contact with French President Emmanuel Macron over the issue.

She will hold discussions with her team of top eurocrats to work up an EU-wide response to Britain, Australia and America’s submarine pact.

Paris has recalled its ambassadors from the United States and Australia as tensions continue to simmer.

But the French refused to withdraw their top diplomat from London, instead arguing that Britain is a “fifth wheel on the coach” in the new security pact.

Prime Minister Boris Johnson has tried to cool the diplomatic row, telling President Macron that the UK’s “love for France is ineradicable”.

Responding to the anger, Mr Johnson said the new defence pact was “not meant to be exclusionary”, nor something France “needs to worry about”.

“We work with France shoulder to shoulder in the Baltic states – in the biggest current Nato deployment,” he said.

“British troops, French troops side by side; there are no two sets of armed forces that are more capable of integration together and working side by side.

“Our love of France is ineradicable and what I would say is this AUKUS is not in any way meant to be zero sum, it is not meant to be exclusionary, it is not something I don’t think anything needs to worry about and particularly not our French friends.”

Australia has also defended cancelling its £26 billion contract with France for the purchase of 12 submarines.

Its prime minister Scott Morrison said he did “not regret the decision to put Australia’s national interest first”.

He denied that he’d been dishonest with the French government in the build-up to signing the agreement.

Mr Morrison said: “They would have had every reason to know that we have deep and grave concerns that the capability being delivered by the Attack-class submarine was not going to meet our strategic interests.

“We had made very clear that we would be making a decision based on our strategic national interest.” 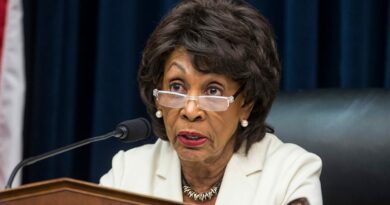