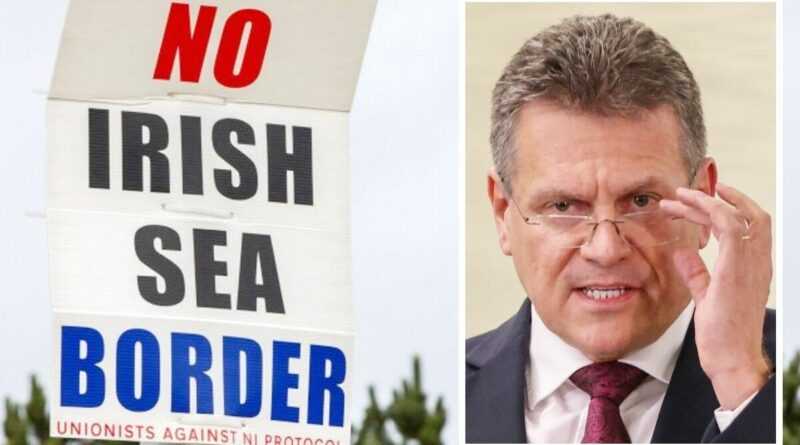 Brexit: Michael Gove says ‘no option off the table’ for NI Protocol

The news comes following allegations by Brussels suggesting Britain has done little to progress the talks over the fate of the Brexit deal. With Sinn Fein sweeping to power in recent elections, pressure is increasing to resolve the deal with Unionist groups prior to their agreement to enter a joint power-sharing deal, as required by the Good Friday Agreement.

Chief EU negotiator Maros Sefcovic accused the UK of “dragging its feet” over ongoing negotiations with the bloc as to how to resolve customs checks concerning Northern Ireland.

Responding to the claims, one UK official stated the EU did not fully understand the socio-political consequences of the situation in Northern Ireland, claiming the EU did not care.

An angry Whitehall source said: “The suggestion from the EU that we have not shown ‘determination or creativity is ludicrous.

“What is most disappointing here is Brussels truly holds some remarkable brilliant thinkers and yet the negotiations over the past year have shown the EU still clearly misunderstands what is practically happening in Northern Ireland and the structural issues with the protocol.

“Perhaps even worse they do understand it but simply don’t care about the people and peace in Northern Ireland otherwise they would come back to the table with a sensible mandate.”

Both sides have threatened to tip the negotiating table over as stagnation over the deal continues.

Prime Minister Boris Johnson has threatened to trigger Article 16 of the withdrawal agreement and leave talks, a notion reflected by bureaucrats in Brussels in a “Mexican stand-off” situation.

Belgian Prime Minister Alexander De Croo warned the EU would be willing to launch a trade war should it be necessary.

He said: “Our message is quite clear: Don’t touch this…

“If that agreement would be revoked, then I would think the whole system will be revoked.

“I would not see any other solution,” he told The Telegraph.

German Chancellor Olf Scholz took a more diplomatic approach saying: “No one should unilaterally cancel, break or in any way attack the settlement we have agreed together.”

Foreign Secretary, Lizz Truss, who has assumed the Brexit Minister portfolio backed by Whitehall’s stance the EU did not care about the people of Northern Ireland.

She said: “The current EU proposals fail to properly address the real issues affecting Northern Ireland and in some cases would take us backwards.

“Prices have risen, trade is being badly disrupted, and the people of Northern Ireland are subject to different laws and taxes than those over the Irish Sea, which has left them without an Executive and poses a threat to peace and stability.

“The answer cannot be more checks, paperwork and disruption.

“Our preference has always been for a negotiated solution but will not shy away from taking action to stabilize the situation in Northern Ireland if solutions cannot be found.”

Much of the concern comes from the Unionist community in Northern Ireland who feel abandoned by the UK over customs checks.

With recent elections seeing Sinn Fein becoming the largest political party in the North, the DUP, who have slumped to second place, have refused to enter into a power-sharing agreement until the Protocol has been resolved.

Sinn Fein has stated the time for change has come and has promised to create conditions suitable for all of the people in Northern Ireland.

Why have the talks over Northern Ireland reached a stalemate? Should the UK trigger Article 16? Will Northern Ireland leave the UK? Let us know what you think by CLICKING HERE and joining the debate in our comments section below – Every Voice Matters!

Furthermore, Sinn Fein has vowed to hold a reunification referendum within the next 5 years, paving the way for a 32 county island of Ireland, placing further concern on Unionist communities.

Such a move could catalyse the breakup of the United Kingdom with similar moves likely to take place in Scotland with the SNP pushing for a second independence referendum. 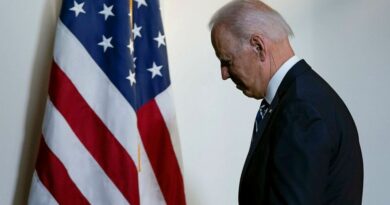