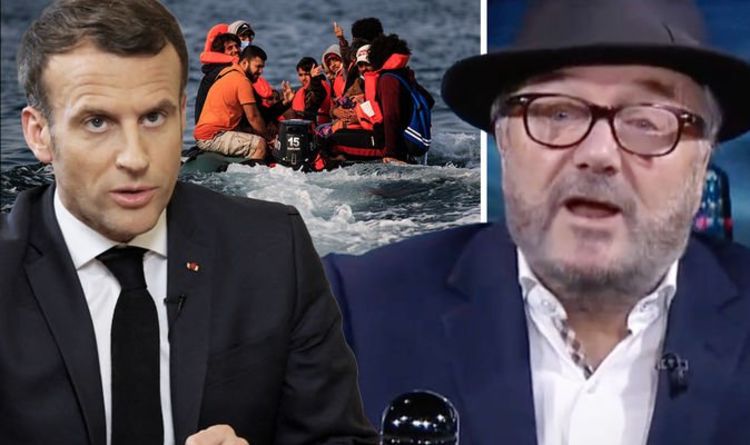 The former MP and campaigner – alongside the likes of Nigel Farage – for Brexit suggested that politicians and journalists in Britain are so concerned by migrant crises taking place elsewhere – most recently along the Belarus-Polish border – that they fail to take control of the crisis taking place on our own doorstep. His comments come after a record 1,000 migrants crossed the Channel to enter Britain from France in just one day.

He wrote on Twitter: “The EU is destabilising Britain on a daily basis allowing thousands of migrants and refugees to illegally leave their territory through France and illegally arrive on British beaches.”

Britain has started paying France £54million to stop migrants from leaving their beaches.

But the number of migrants successfully crossing the Channel continues to rise, with this year’s total figure set to more than triple that of 2020.

The approach to Brussels to Britain’s plight has been, at best, uninterested.

In August, a Tory source told the Telegraph that the European Commission was “turning a blind eye to people dying” by refusing to enter talks on Britain sending migrants who crossed the Channel back to France.

At around the same time Alp Mehmet, Chairman of Migration Watch, told Express.co.uk that this approach would help to stop Channel crossings, adding that “what we’ve got to show is that those coming over here seeking asylum, trying to come across illegally and doing it, will not be granted asylum and that they will be returned either to where they came or their country of origin”.

France, and the EU more broadly, has heavily resisted this idea.

Meanwhile, Mr Gallow has asked why, rather than hammer home the damage being done to Britain by the EU in this row, “everyone [is] looking at Russia”.

He is referring to the Belarus migrant row wherein Belarusian President Alexander Lukashenko, who has close ties to Vladimir Putin, is reportedly seeking revenge on Brussels for previous implementations of sanctions by transporting migrants from countries like Iraq and Syria to the EU’s back door, along the border of Poland.

In this dispute, numerous French MEPs, many of whom believe migrants in France are Britain’s problem, insist that migrants in Belarus should also be kept out of the bloc.

MEP Jordan Bardella wrote on Twitter: “What Poland is experiencing is called an invasion. Among these migrants, we would find the insecurity and terrorism of tomorrow on European soil.

“In the face of this hostile destabilisation operation, let’s help Poland defend its borders with a firm message: you will not pass!”

While migrants entering France find themselves in a safe, democratic country relatively willing to help those in need, migrants in Belarus appear to have been left to fend for themselves by a President seeking only to provoke his neighbours.

The EU’s response to migrant Channel crossings has been likened to that of Belarus, in that the problem has been thrown from the owner’s lap to that of another, with one responder to Mr Galloway’s comment branding France “the Belarus of the EU”.

John Bent added: “The EU is complaining about Belarus’s actions but Macron is no better. The same tactic, to destabilise. Hypocrisy at the highest level of the EU.”

In a separate post on Twitter, ‘Collingwood’ wrote that “the contrasting response of Poland and Britain to economic migrants being shepherded toward their borders tells you everything you need to know about the respective moral confidence of those two nations.

“We have lost ours entirely.” 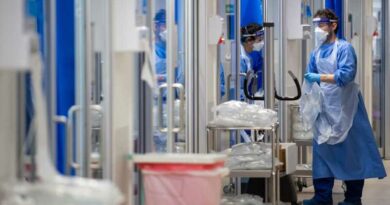 MP who was sacked after grabbing activist standing down at election 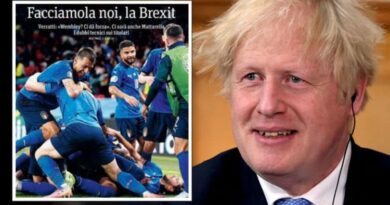