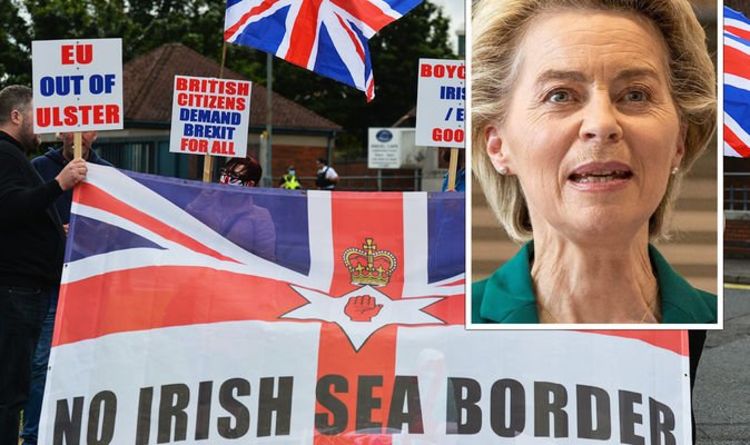 Under the Brexit trade deal, the Northern Ireland Protocol puts a customs border between the country and Great Britain. Lord David Frost, Brexit minister, unveiled a series of proposals to remedy the Protocol on Wednesday. However the EU has refused to reopen negotiations, and has now been accused of never intending to “protect its single market or peace in Northern Ireland”.

Journalist Owen Polley suggested the Northern Ireland Protocol was “not about keeping the peace, but the EU exerting control over the UK”.


He noted Lord Frost’s proposals “most significantly” want to do away with customs checks for goods from Great Britain to Northern Ireland, and to also make sure products from Great

Britain should automatically be approved for sale in Northern Ireland, whether or not they meet EU rules.


He said: “There’s no doubt that these ideas, if they were adopted, would ease substantially the worst effects of the Protocol for businesses and consumers in Ulster.


“The glaring problem is that the EU won’t accept the UK’s suggestions, because its intention was never to protect its single market or peace in Northern Ireland.


“The Protocol is a means of exerting ongoing control over the UK and punishing it for its decision to leave.”

Writing for the website CapX, Mr Polley suggested the EU is “trying to use the disruption caused by the Protocol to force the UK into a veterinary agreement with the EU”.


He also suggested Lord Frost and Northern Ireland Secretary Brandon Lewis are “naive” if, as they said in the white paper proposals, they believe there is a better and more constructive relationship between the UK and the EU’ available.


The journalist then wrote: “The Government now recognises that the Protocol needs major surgery, at a minimum, and that is a positive development.


“Ministers also say that the requirements for Article 16 to be triggered – social disruption and serious diversion of trade – have been more than met.


“Rather than take that step, they have decided to ‘proceed differently’. Predictably, the EU has dismissed the UK’s overtures with its usual haughty disdain.


“If this command paper is merely the first stage of a plan to dismantle the Protocol and blame Brussels, then it’s a welcome development. Otherwise, it’s too little, too late.”

On Wednesday, Lord Frost said the UK and the EU “cannot go on as we are” with the existing Northern Ireland Protocol.


The Brexit minister admitted the burdens imposed by the trade deal mechanism “have been a source of considerable and ongoing disruption to lives and livelihoods”.


However Maroš Šefčovič, Vice-President of the European Commission, refused to reopen Brexit negotiations.


He said in a statement: We will continue to engage with the UK, also on the suggestions made today.


“We are ready to continue to seek creative solutions, within the framework of the Protocol, in the interest of all communities in Northern Ireland. However, we will not agree to a renegotiation of the Protocol.”

Boris Johnson, in a bid to reach a breakthrough in Protocol talks, spoke to Ursula von der Leyen on Thursday.


The Prime Minister and the President of the European Commission both failed to reach an agreement for Northern Ireland.


A Downing Street spokesman shared Mr Johnson reiterated the protocol is “unsustainable” and must be changed.


Writing on Twitter, Ms von der Leyen also said: “The EU will continue to be creative and flexible within the protocol framework. But we will not renegotiate.


“We must jointly ensure stability and predictability in Northern Ireland.” 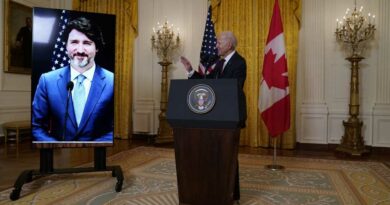 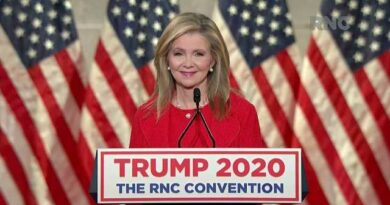 China says it has no intention of 'becoming another United States'