Home » Politics » Feds Charge Pa. Cop For Rioting During Capitol Insurrection: ‘I May Need A Job’

A Pennsylvania police officer is facing felony charges for rioting during the pro-Trump attack on the U.S. Capitol after he posted a video of himself charging a line of police officers on Facebook.

Using the account SV Spindrift, the feds say, Fischer posted video of himself running at a line of officers while yelling “Charge!” Fischer wrote that the police line was four cops deep and that he “made it to level two.”

“I was there..we pushed police back about 25 feet,” Fischer wrote in one comment. “Got pepper balled and OC sprayed, but entry into the Capital was needed to send a message that we the people hold the real power.”

Later Fischer ― once again on Facebook ― had a private messenger discussion with another person in which he wrote that he “may need a job” because word had “got out that I was at the rally … lol.”

“[T]he FBI may arrest me … lol,” Fischer wrote. “I know they are targeting police who went.”

Fischer wrote that his chief spoke with him about it and that he told him that losing his job might be the “price I have to pay to voice my freedom and liberties which I was born with and thusly taken away.”

“I told him I have no regrets and give zero shits,” Fischer wrote. “Sometimes doing the right thing no matter how small is more important than ones own security.”

Fischer’s current employment status at the time of the charges was unclear.

Dozens of police officers have been identified as taking part in the pro-Trump rally that proceeded the Capitol attack, and several have been charged. 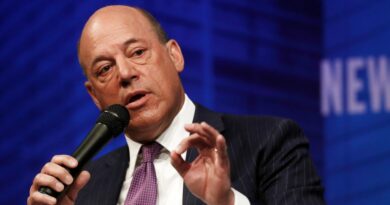 'He's on his own': Former White House press secretary Ari Fleischer says he will no longer 'defend' Trump