Nicola Sturgeon has set out her plan for the SNP-Green deal which includes a dozen environmental promises on the condition of an independence referendum. The SNP had been locked in negotiations with the Scottish Green party since the SNP fell short of an overall majority in Holyrood by only one seat in the last election May 6.

Addressing Holyrood earlier this week, Ms Sturgeon said: “We recognise that the best way, not just of protecting this Parliament from Westminster, but also equipping it with the full powers it needs to build a fairer, more prosperous country, is to make it independent of Westminster.

“That is why fulfilling our democratic mandate to let the Scottish people choose our own future is a key strand of this agreement.

“This agreement does confirm our intention to give people in Scotland the choice of independence.”

The deal will secure a pro-Scottish independence majority in Holyrood standing at 72 – seven more than the 65 needed.

This new arrangement will provide a majority to vote for a second independence referendum after the country voted against an independent Scotland in 2014.

The leader of the Scottish Conservative leader Douglas Ross has called the SNP – Green deal a “nationalist coalition with one overriding goal: to separate Scotland from the United Kingdom”.

This landmark agreement will be the first time the Green party has been in power in British political history.

SNP leader Nicola Sturgeon has called the landmark deal between the SNP and Scottish Green party a “leap of faith” for all involved.

She said the pact could represent “a new and better way of doing politics”.

Holyrood’s other parties hit out at the deal, saying it was more about pursuing independence than the environment. 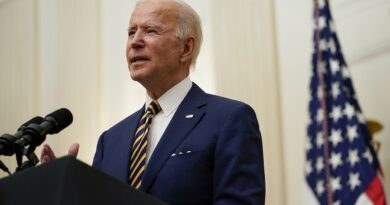 Hemingway on left's new criticism of Joe Biden: It's now 'radical' to say taxpayers should not fund abortions