A defiant Texas doctor has boldly gone public about a newly illegal abortion procedure he performed earlier this month, saying he had a “duty of care” to his patient and she had a “fundamental right” to an abortion.

“I fully understood that there could be legal consequences,” Dr. Alan Braid, of San Antonio, wrote in an essay Saturday in The Washington Post. “But I wanted to make sure that Texas didn’t get away with its bid to prevent this blatantly unconstitutional law from being tested.”

“At the hospital that year, I saw three teenagers die from illegal abortions,” he recounted. “One I will never forget. When she came into the ER, her vaginal cavity was packed with rags. She died a few days later from massive organ failure, caused by a septic infection.”

In medical school in Texas, “we’d been taught that abortion was an integral part of women’s health care,” Braid noted. After Roe v. Wade in 1973 recognized “abortion as a constitutional right, it enabled me to do the job I was trained to do,” he added.

Women who come into Braid’s clinic for an abortion often explain why: They can’t afford another baby, they’re in an abusive relationship, it’s the wrong time. Several times a month, women seeking an abortion report that have been raped, the physician wrote.

Now women have to travel out of state for an abortion. One recent patient faced a nine-hour trip to Oklahoma. Even with financial help, she couldn’t risk missing work to support her four children, and she had no child care options while she was away, Braid recounted.

“I understand that by providing an abortion beyond the new legal limit, I am taking a personal risk,” noted Braid, who is currently part of a federal lawsuit against the Texas restrictions that was launched by the Center for Reproductive Rights.

But, he added: “I have daughters, granddaughters and nieces. I believe abortion is an essential part of health care. I have spent the past 50 years treating and helping patients. I can’t just sit back and watch us return to 1972.”

The new Texas law, the most restrictive in the nation, bans abortions after six weeks of pregnancy, at a stage when most women don’t even know they’re pregnant. It makes no exceptions for rape or incest. The new time limit means that 80% of the abortions that had been performed in Braid’s clinic could no longer be provided, he noted.

Enforcement of the law is left up to civilian vigilantes who can earn a $10,000 bounty if they successfully sue anyone who “aids and abets” an illegal abortion, from doctors to clinic staff to even a friend who drives a patient to a clinic. Reports are currently largely being handled by the right-wing evangelical group Texas Right to Life.

A Texas Right to Life spokesperson responding to Braid’s article told the San Antonio Express-News on Saturday: “We are fully aware of this and intend to hold anyone who violates the law accountable. The first step is making sure an actual violation occurred.”

The Department of Justice filed a lawsuit earlier this month against Texas, arguing that the law violates the U.S. Constitution. 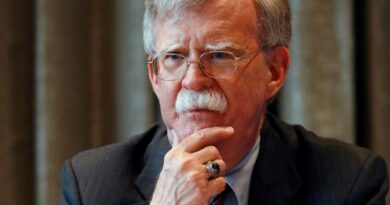