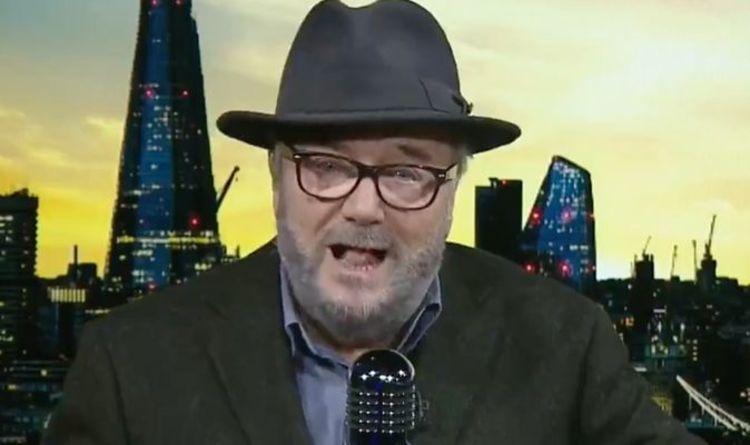 George Galloway says ‘nationalists will eat each other’

George Galloway has launched a stinging tirade at Scottish nationalism, independence and Nicola Sturgeon. Speaking on his RT show MOAT, he forecast chaos for Scottish nationalists, warning pro-independence parties are likely to “eat each other!” as the Scottish Parliament elections draw closer. He also lambasted First Minister Sturgeon for her memory “suddenly flooded back” over Alex Salmond’s harassment case following her comments earlier this week highlighting her “significant questions ” of Mr Salmond returning to public life following “concerns that have been raised about his behaviour”.

The First Minister launched the SNP’s Scottish Parliament election campaign at the weekend but Mr Galloway warned of the “mortal electoral threat” Ms Sturgeon will face from her predecessor.

Furious George Galloway said: “It could be that the nationalist parties eat each other.”

The Scot went on to launch a stinging attack at Ms Sturgeon highlighting: “Nicola Sturgeon’s memory about Alex Salmond has suddenly flooded back.

“Just a week ago in front of the parliamentary inquiry, she knew nothing guv, never heard of any question mark against her former mentor her predecessor Alex Salmond!” 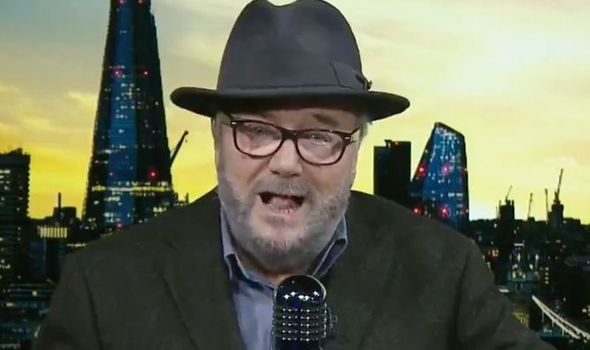 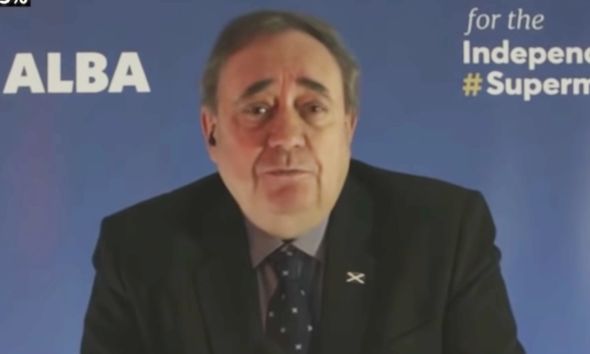 Mr Galloway was referring to a comment Ms Sturgeon made last week where she appeared to backtrack on her previous claims of not knowing of Mr Salmond behaviour to an inquiry of politicians.

She said: “I think there are significant questions about the appropriateness of his (Alex Salmond’s) return to public office given the concerns that have been raised about his behaviour previously.”

The First Minister added: “But that’s for voters to judge and decide.”

Mr Galloway said of the extraordinary claim that now the First Minister is coming under “mortal electoral threat from him”.

Alex Salmond: John Curtice predicts what could happen to SNP 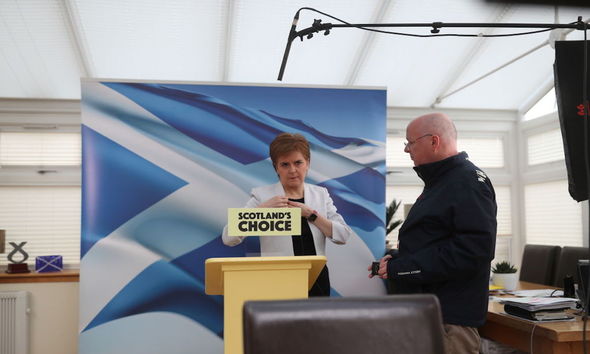 He added how it suits her campaign well to begin her attacks on Salmond and “there are early signs” that the nationalists are descending into chaos.

Mr Galloway’s comments come as Ms Sturgeon lashed out at Boris Johnson accusing him of “economic vandalism” by leaving the EU transition period at the end of last year.

Ms Sturgeon criticised the Westminster Government for forcing a “hard Brexit” upon Scotland, which voted to remain a part of the single market in 2016.

But Downing Street hit back at the SNP, with Boris Johnson’s press secretary Allegra Stratton highlighting how new freeports and trade deals outside of the EU will help Scotland to boom in the decades ahead.

Her words came as Sturgeon launched the SNP’s campaign and promises ahead of the Scottish elections on May 6.

Alba Party website glitch shows names of thousands of supporters
How Nicola Sturgeon could borrow from Tory playbook to hold Scotland
Sturgeon’s SNP is at war with itself, the victim is Scotland 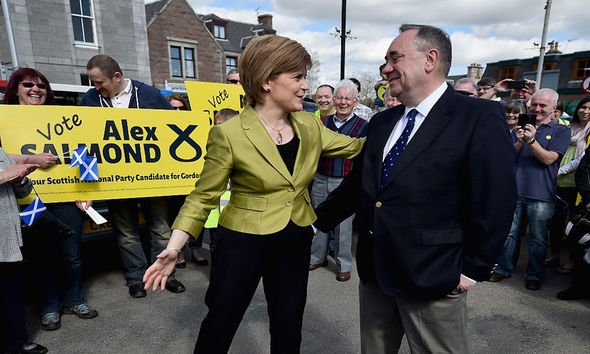 But support for Scottish independence has never risen above 56 percent and has fallen behind support for the UK in a string of recent opinion polls.

It comes as Alex Salmond launched a new political party on Friday called the Alba Party.

The launch was fraught with technical difficulties and the website embarrassingly misspelt the word independence – instead, the word wrongly read: ‘Independece.’

The Alba Party seeks to form a supermajority of Scottish independence in Holyrood.