The former education secretary could potentially feature in the Prime Minister’s next honours list, soruces told The Telegraph. Boris Johnson reportedly owes gratitude to Mr Williamson for helping him become leader of the Conservative Party in 2019.

However, Gavin Williamson oversaw the running of the Education Department throughout the entire pandemic.

He was criticised for his handling of children’s education by sending kids back to school in January 2021 for one day, only to then send them back home again.

Another defining moment for Mr Williamson was his handling of universities.

University students received no financial compensation for missed teaching during the pandemic and continued to pay the high amounts of tuition fees of £9,250, despite most of their teaching remaining online.

The Daily Express has highlighted the plight of those at university during the pandemic through the Fair Deal For Students crusade.

At least 85 percent of students believe they are entitled to fee reimbursements because of the pandemic, research for website VoucherCodes said.

Despite earlier calls for Mr Williamson to resign, Boris kept him in his post as education secretary.

After being sacked as education secretary, he tweeted: “It has been a privilege to serve as Education Secretary since 2019.

“Despite the challenges of the global pandemic, I’m particularly proud of the transformational reforms I’ve led in Post 16 education: in further education colleges, our Skills agenda, apprenticeships and more.”

Nadim Zahawai was praised for his handling of the UK’s vaccine rollout as Vaccines minister.

He oversaw the UK’s largest ever vaccine rollout which has fully vaccinated over 44 million people in the UK.

The Daily Express has contacted Gavin Williamson for comment. 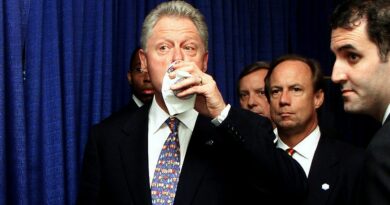 Bill Clinton had 'nightmares' about future of country after leaving office