Republicans this week accused President Joe Biden of violating federal law after he froze funding for border wall construction between the U.S. and Mexico, an impediment they say is needed to stop the growing influx of migrants there.

The lawmakers cited the Impoundment Control Act, a 1974 law aimed at preventing executive branch officials from unilaterally substituting their own funding decisions for those of Congress.

“I don’t think the president has the legal authority to stop what Congress has said we’re going to spend our money on … so we’re asking the GAO to have a legal opinion on that,” Capito said Thursday in an interview on Fox News.

But many of the senators who signed the letter to GAO didn’t seem to mind when President Donald Trump circumvented the congressional appropriations process in order to build the wall in the first place ― one he initially pledged that Mexico would pay for. Trump declared an emergency on the border in 2019 and unilaterally shifted billions of dollars Congress appropriated for other projects, including military installations, to start construction on the wall. 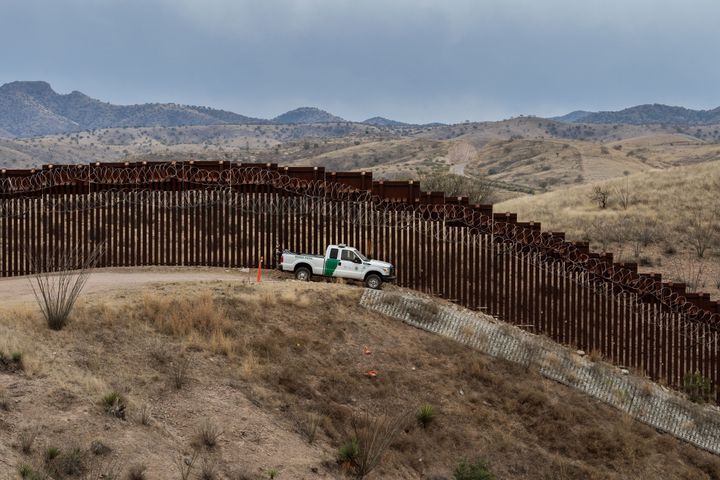 Democrats cried foul about a violation of the separation of powers at the time, just as Republicans are doing now. In the end, only 11 Republican senators joined all Democrats in voting to terminate the border emergency, falling short of the number needed to overrule it. GOP senators who support the wall ― like Shelby and Capito ― voted to sustain the emergency declaration.

Asked to square his support for Trump’s border actions in light of Wednesday’s letter, Shelby cited legal rulings that upheld the wall’s construction. Last year, the Supreme Court rejected a request from environmental groups to halt construction. The vote was 5 to 4, with the court’s more conservative members in the majority. The Ninth Circuit Court of Appeals had previously ruled against the Trump administration.

“The courts have upheld the president. The president has a right to protect the country. That’s in the Constitution. The border’s a part of it,” Shelby told HuffPost on Thursday.

Asked if it was possible that courts ultimately uphold Biden’s border actions as well, Shelby said, “I’m sure it’ll go to court. You’ll just have to follow it.”

Contractors rushed to build Trump’s border wall before he left office earlier this year, leaving a patchwork of unfinished barriers, “some of them bizarre in appearance and of no apparent utility,” The New York Times reported on Wednesday. The project has cost more than $15 billion so far.

Alejandro Mayorkas, Biden’s secretary of the Department of Homeland Security, told Congress on Wednesday that he will not ask Biden to continue building the wall after a 60-day period of review.