Home » Politics » Guatemala is Kamala Harris’ first stop on her trip to talk migration. Why is that nation an important player? 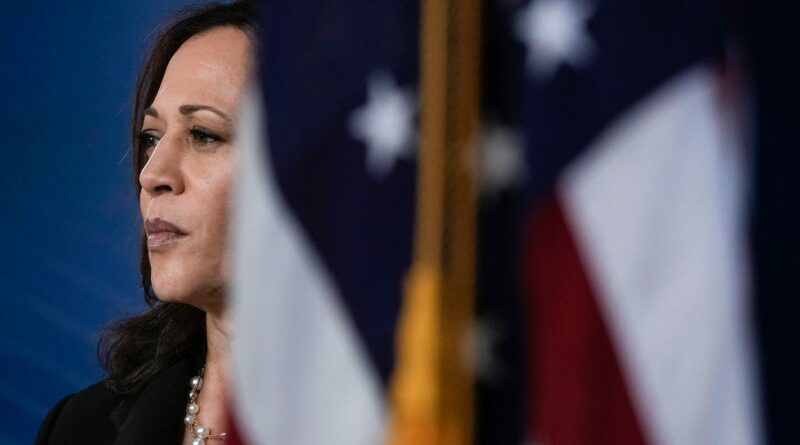 GUATEMALA CITY, Guatemala – Vice President Kamala Harris will meet with Guatemalan leaders, community organizers and entrepreneurs during the first leg of a foreign trip Monday, showcasing the nation as a key player in the United States’ effort to stem the flow of migrants showing up at the southern border.

The Biden administration is set to unveil migrant smuggling and human trafficking actions with the aim of announcing additional anti-corruption measures, a senior administration official who briefed reporters traveling with Harris on the condition of anonymity.

“Governance is absolutely key to success on anything else we’re trying to do on development. If you zero in on what is really making people leave, it’s that they don’t have a job, they don’t have an opportunity, they don’t have a future,” another official said. “A large part of that is directly related to how governments operate and what kind of services they’re able to deliver to their population.”

Over the past several months, Harris and her team have worked closely with Guatemala and Mexico as she’s taken the lead in finding solutions to the root causes of migrants coming from Central America. This is her first trip to the region in that effort.

Last month, Harris secured the commitment of 12 U.S. companies and organizations — including MasterCard, Microsoft and Chobani — to invest in Guatemala, Honduras and El Salvador, the Northern Triangle counties that are the focus of the U.S. when it comes to slowing the pace of migrants. Harris in May also announced the United States is investing $310 million in new funds for humanitarian relief in Guatemala, in addition to El Salvador and Honduras.

‘High-level chess’: How Biden is navigating his relationship with Mexico’s President ‘AMLO’

Why Guatemala is key

Paul Angelo, a fellow for Latin America Studies at the Council on Foreign Relations, said there are two top reasons why the U.S. is focusing on working with Guatemala: its geographical location and because it’s the only country in the Northern Triangle the U.S. can work with.

Guatemala borders Mexico to the south, and it is north of El Salvador and Honduras. Individuals from the latter two countries would have to pass through Guatemala before reaching Mexico and eventually the U.S. border.

“Guatemala is the link between Central America and Mexico,” Angelo said. “It’s geographically situated in such a way that it provides a geostrategic advantage for slowing migration.”

In April, Guatemala deployed more than 1,000 police and military officials to its southern border to help mitigate migration from Honduras and El Salvador.

But Guatemala is also one of the main countries the United States is negotiating with due to its government.

“Our relationship with Guatemala is a more positive relationship than the kinds of diplomatic relations that the U.S. currently enjoys between El Salvador and Honduras,” Angelo said.

For example, in Honduras, President Juan Orlando Hernández has been alleged as a co-conspirator in drug trafficking and is under investigation by the U.S. Department of Justice. He’s also faced criticisms of corruption in his reelection campaign. In El Salvador, President Nayib Bukele has most recently been criticized for firing the attorney general and multiple supreme court judges.

“Against that backdrop, Guatemala looks like a pretty good contender for our partnership,” Angelo said, adding that Guatemala President Alejandro Giammattei “is a bit more amenable to working with United States on any number of issues of bilateral concern, and is less compromised, than his counterparts in the other Northern Triangle countries.”

Corruption in Guatemala is an issue

However, Guatemala also faces its own issues with corruption, particularly in the court system, said Adriana Beltrán, director for Citizen Security at WOLA, a research and human rights advocacy group.

The country recently confirmed judges who are under investigation to the Constitutional Court, and Giammattei recently criticized members of Guatemala’s special prosecutor, who oversees corruption cases.

Beltrán said that corruption will likely be at the center of conversations between Harris and Guatemalan officials. She noted Harris will be fighting long-term, systemic challenges, but they will need to be addressed to make lasting change in the region. She said one of the key aspects needed to address the corruption issues facing Guatemala and other Northern Triangle countries is to make clear “the rule of law and governance is indeed going to be the center of their strategy.”

“It means showing our political and financial support to those entities that are working to tackle corruption, like a special unit,” Beltrán said. “It means being very clear about the need to ensure independent courts.”

“More so now what we need is very clear diplomatic efforts,” she added, “because a lot of the reforms that are needed in the region are not necessarily due to lack of technical capacity, but more lack of political will.”

Vice President Kamala Harris met with business and organizational leaders Thursday and announced commitments from a number companies and organizations to invest in Central America. (May 27)

Mitt Romney lashes Trump for trying to ‘subvert the will of the people.’

US yanks funds for anti-Iran Twitter feed after complaints