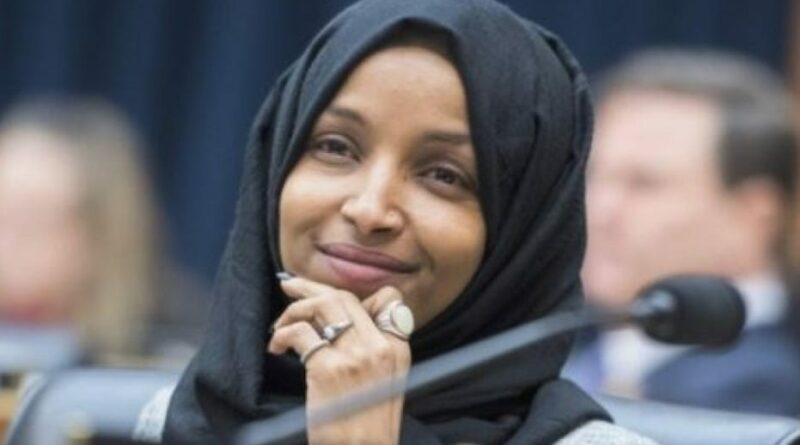 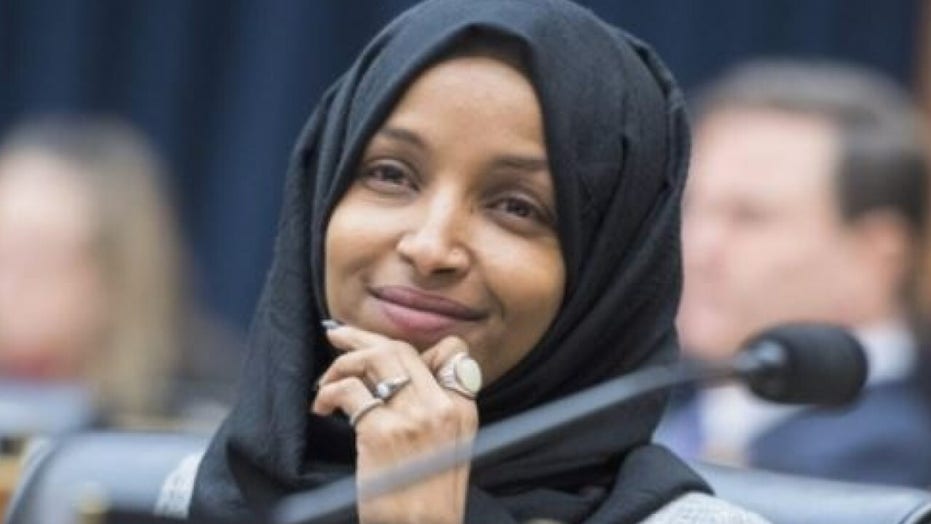 EXCLUSIVE: House Republicans who broke with the party in February to remove Georgia Rep. Marjorie Taylor Greene from her committee assignments after making controversial comments, are now demanding that Democratic House Speaker Nancy Pelosi remove Rep. Ilhan Omar, D-Minn. from her assignments amid backlash over statements likening the United States and Israel to the Taliban and Hamas.

“We have seen unthinkable atrocities committed by the U.S., Hamas, Israel, Afghanistan, and the Taliban. I asked @SecBlinken where people are supposed to go for justice,” Omar, a member of the House Foreign Affairs Committee, said this week after a hearing featuring testimony from Secretary of State Antony Blinken. The congresswoman asked about ICC investigations into U.S. and Israeli actions in Afghanistan and Palestinian territories.

In a letter to the speaker, exclusively obtained by Fox News, the GOP members reminded Pelosi that she said “it is the responsibility of the party’s leadership in the House of Representatives to hold accountable egregious words and actions made by Members of the Party.”

“Now is the time for you to rise to the challenge you have set for yourself,” Gimenez, and GOP Reps. Young Kim of California, Adam Kinzinger of Illinois, Fred Upton of Michigan, Chris Jacobs and Nicole Malliotakis of New York and Mario Díaz-Balart and Maria Salazar of Florida wrote.

“Congresswoman Ilhan Omar has made a congressional career out of the following: Fueling anti-Semitic violence against Jewish communities by perpetuating false stereotypes and anti-Semitic tropes; denigrating strategic allies of the United States; accusing members of Congress of unconstitutionally pleading allegiance to a foreign sovereign because of their support of the U.S.-Israel partnership; whitewashing the September 11 terrorist attacks that resulted in the death of over 3,000 innocent Americans, and drawing [an] equivalence between the United States and criminal organizations such as Hamas and the Taliban—both of which have been deemed by the Department of State as terrorist organizations,” they wrote.

“These comments and policy stances undermine the interests of the United States abroad and weakens the effectiveness of our foreign policy,” they continued. “Her continued involvement as a prominent member of the House Foreign Affairs Committee cheapens the role of Congress in foreign policy decision-making.” 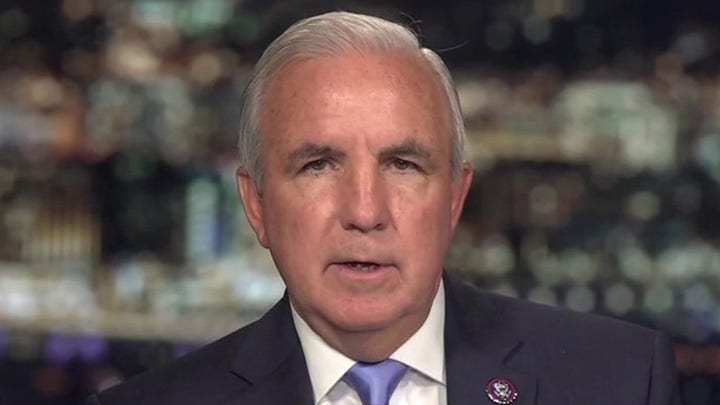 The Republicans added that it “sends a dangerous signal to our allies and our adversaries alike that the United States tolerates anti-Semitism, that we no longer believe in the long-term mission of supporting free peoples and free markets, and that we no longer remain committed to combatting acts of terror against the United States or our allies.”

But reflecting on Omar’s past controversial comments, the Republicans said that the congresswoman “has been given the benefit of the doubt each time.”

“Time after time, Congresswoman Omar has delivered a hollow and meaningless apology with the sole purpose of appeasing her party’s leadership, only to revert back to her true sentiments and her real policy stances,” they wrote.

But the Republicans called on Pelosi to act, saying that “the only rebuke on this issue that will have any meaningful impact in the House of Representatives is yours.”

“We wholeheartedly request that you live up to your word and swiftly remove Congresswoman Omar from her committee assignments,” they wrote.

The GOP congressional contingent also noted that to “turn a blind eye on this would be a ‘cowardly refusal’ to hold Members on your side of the aisle accountable and a dereliction of your role as the leader of your party and as the Speaker of the House of Representatives, an institution we all so proudly and honorably serve.”

The Republicans were quoting Pelosi, who, in February, as the House was considering whether to remove first-term House member Greene from her committee assignments, called House Minority Leader Kevin McCarthy, R-Calif., “cowardly” for refusing to support her ouster.

But Republicans largely panned the House vote to remove Greene from committees because they didn’t want Democrats interfering with GOP matters and setting a new precedent for penalizing members for statements and postings they made prior to entering Congress. 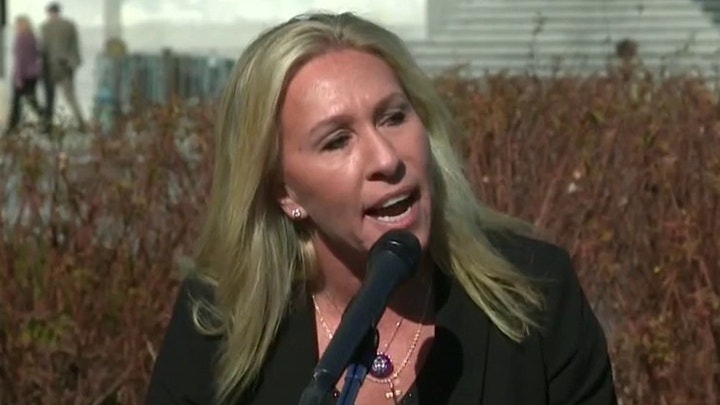 Pelosi did not immediately respond to Fox News’ request for comment on whether she would push for Omar’s removal from her committee assignments.

But Omar issued a statement Thursday, attempting to clarify her comments after she was met with a flood of criticism from not only Republicans on the Hill, but from members of her own party.

“To be clear: the conversation was about accountability for specific incidents regarding those ICC (International Criminal Court) cases, not a moral comparison between Hamas and the Taliban and the U.S. and Israel,” Omar said Thursday.

“I was in no way equating terrorist organizations with democratic countries with well-established judicial systems,” she added.

Pelosi, joined by five other elected House Democratic leaders, thanked Omar for her clarification but warned against making drastic comparisons. 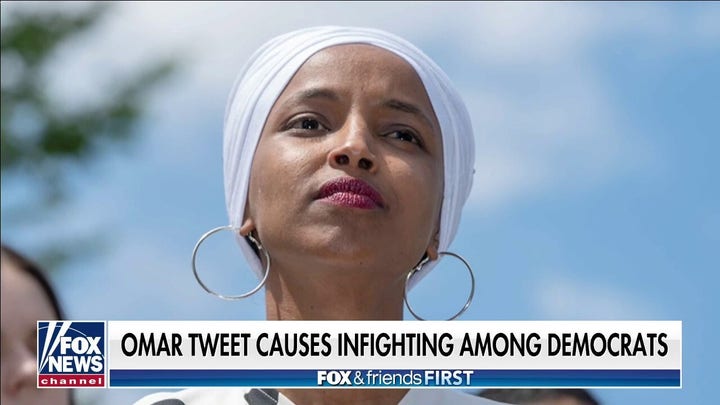 “Drawing false equivalencies between democracies like the U.S. and Israel and groups that engage in terrorism like Hamas and the Taliban foments prejudice and undermines progress toward a future of peace and security for all,” the group wrote.

“We welcome the clarification by Congresswoman Omar that there is no moral equivalency between the U.S. and Israel and Hamas and the Taliban,” the statement concluded.

Despite the comments from their leadership, some Democrats, like Rep. Alexandria Ocasio-Cortez of New York sided with Omar.

“Pretty sick & tired of the constant vilification, intentional mischaracterization, and public targeting of Rep. Ilhan Omar coming from our caucus,” she said. 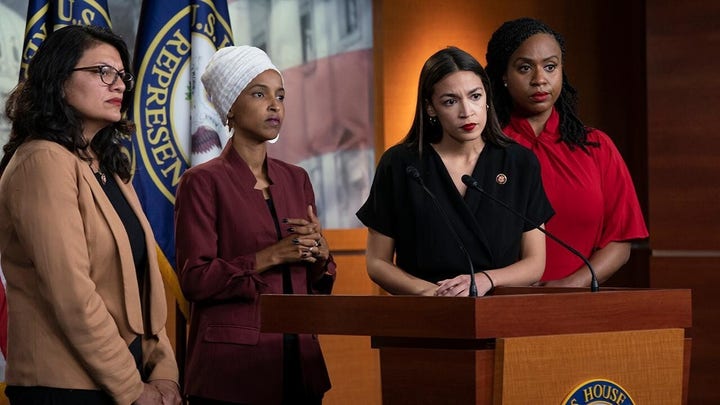 “They have no concept for the danger they put her in by skipping private conversations & leaping to fueling targeted news cycles around her.”