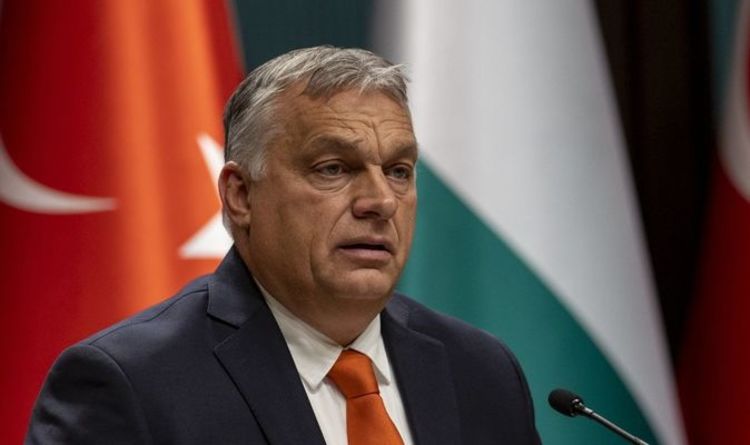 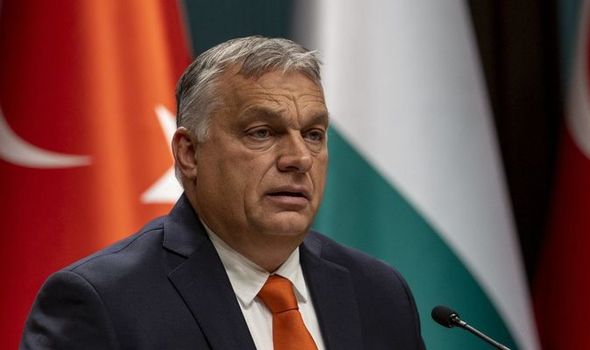 Right-wing Prime Minister Viktor Orban says the crisis has exposed fault lines between EU members who believe in statehood and those who seek a “post-national state”.

He said the trouble began in 2015, when Angela Merkel opened Germany’s borders to a million Syrian refugees. With Belarus accused of weaponising migration, and the finger of suspicion pointing at Vladimir Putin’s Russia, Mr Orban warned that for many in Europe “the homeland is central”.

His comments come amid fears Russia could be planning an invasions of Ukraine next year. The UK and US have expressed “deep concern” that Russia has amassed tens of thousands of troops at the Ukraine border, as the allies warned of consequences of an invasion.

Foreign Secretary Liz Truss discussed the threat of a Russian incursion in talks with her US and German counterparts before a G7 foreign ministers meeting in Liverpool yesterday, which included Italian Foreign Minister Luigi Di Maio.

With US Secretary of State Antony Blinken, she agreed there would be “serious consequences” for Moscow if troops were sent across the border.

A spokesman for the Foreign, Commonwealth and Development Office said Ms Truss and Mr Blinken “both agreed their support for Ukraine” and “expressed deep concern about the build-up of Russian troops on Ukraine’s border”.

“In addition, they said that any incursion by Russia would be a strategic mistake for which there would be serious consequences,” he said.

Mr Orban said he had enjoyed close relations with newly retired German Chancellor Ms Merkel as they both stood together for “a common goal, a Europe in which all nations can feel at home”.

But the migration crisis of 2015 was the start of the changing of the EU’s landscape, Mr Orban said.

“(It is) a kind of injury from which the athlete’s movement will no longer be what it once was. He rehabilitates, he tries, he struggles, but more out of honour. He knows, and after a while he admits, he can’t get his old form back.

He said the crisis “exposed the deep philosophical, political and emotional differences between us about the concept of nations, about freedom and about the role of Germany”, and “revealed that for Hungarians and other central Europeans, the homeland is essential”.

Mr Orban said the “fabric of European unity was unravelling”, warning it would require “superhuman efforts” to restore co-operation.

While Hungary was criticised for erecting a razor-wire fence along its border with Serbia in 2015, experts said this was exactly what the EU was now doing in Poland to offset the effects of “weaponised migrants” from Belarus.

“Orban can turn to the EU and say, ‘We told you so in 2015’. The EU is building borders with Belarus, which is just what they condemned Orban for,” said Russian expert Taras Kuzio, research fellow with the Henry Jackson Society think tank.

But pointing to Mr Orban’s close links to Moscow, he asked whether Russia may have had a hand in the 2015 crisis. He said: “The phrase ‘weaponised migrants’ has just been coined now over Belarus, which has been orchestrated by Putin.

“When Russia was bombing civilians in Syria, many suspected the aim was to push migrants to Turkey, and then to the EU. It leads to destabilisation and the growth of the far right, such as Germany’s AfD, which had its best results in 2015.

“The EU always wakes up late to things. It wasn’t willing to point the finger at Russia in 2015. It’s doing it now it’s on its border.”

It comes as tensions between the West and Russia continue to rise over the prospect of conflict in Ukraine. Last week, US intelligence reports said Russia had positioned itself to invade the country with 175,000 troops next year – with Ukrainian sources fearing it could happen as soon as next month.

The new head of Britain’s armed forces, Admiral Sir Tony Radakin, has warned “a full invasion of Ukraine would be on a scale not seen in Europe sinceWorldWarTwo”.

In London, Defence Secretary Ben Wallace said there were a range of “defensive options” for Nato to deploy, hinting at cyber strikes.

Mr Biden has pledged “economic consequences like none he’s ever seen” in the event Mr Putin attacks.

These include turning off the Nord Stream 2 gas pipeline, restrictions on Russian banks and even disconnecting Russia from the Swift global financial payment system.

At a conference in Stockholm Russian foreign minister Sergey Lavrov said Russia would soon put forward proposals for a new European security pact which he hoped would stop Nato from expanding further eastwards. 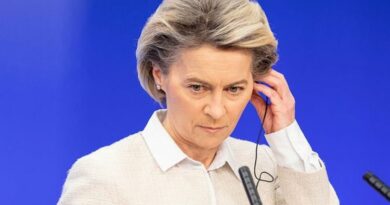