Home » Politics » Joe Manchin says the right to vote is fundamental. So why isn’t he trying to protect it? 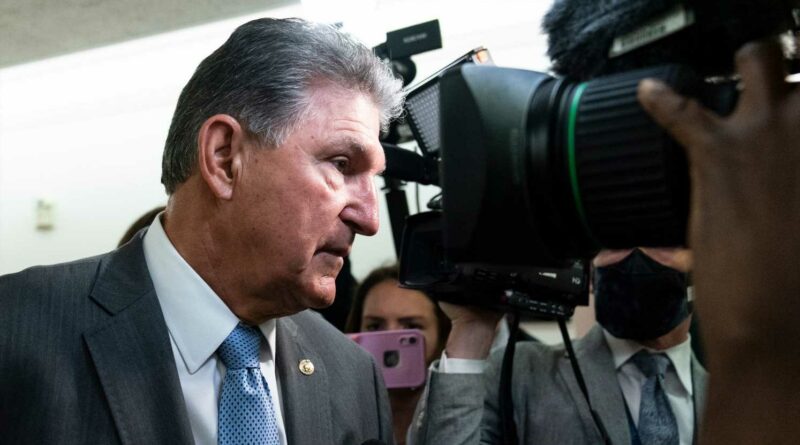 Sen. Joe Manchin talks to reporters as he arrives for a hearing in Washington, D.C., on June 8, 2021. (Photo: Alex Brandon, AP)

One of the sad truths of American politics is that Democrats need Sen. Joe Manchin more than he needs the Democratic Party – and this applies even more to little “d” democracy. Joe Manchin, apparently, can take or leave it.

As of now, he’s leaving it to Republicans, who seem to have given up on majority rule right about the time they realized older white voters were no longer in the majority.

While Democrats at least briefly have more national legislative power than they’ve had since 2011, our system of free and fair elections appears to be one election away from a catatonic state. “Turns out, things are much worse than we expected,” Daniel Ziblatt, a co-author of the book “How Democracies Die,” said recently.

We now know that while Donald Trump was summoning his fans to Washington, D.C. for a “wild” time on Jan. 6, his chief of staff, Mark Meadows, was trying to convince the Department of Justice to raise questions and even overturn an election certified in all 50 states. The evidence Meadows offered? Video of an “Italygate” conspiracy theorist claiming people in Italy had switched U.S. votes. The lawyers in DOJ dismissed this fever dream summarily, the way the dozens of courts that dismissed complaints from Trump campaign lawyers and allies in the wake of Trump’s loss.

But you know who would gladly use a wacked out video clip to contest a free and fair election? Republican state legislators, local officials and members of Congress.

Much like the Jan. 6 insurrection, the GOP plan to steal the next presidential election is unfolding in plain sight. The goal isn’t just to make it harder to vote but to also undermine the administration of elections, remove any official who stood in the way of Trump’s attempt to “overthrow” the 2020 election, and then give Republican legislatures new powers to interfere in elections when they don’t like the results.

This is happening as Republicans are preparing new electoral maps that will almost surely allow them to take back the House, while earning far fewer votes than their opponents. And if Republicans control Congress, the chances of a duly elected Democratic president having a victory accepted in both the House and Senate are plunging toward zero.

Faced with what Ari Berman, author of the 2015 book “Give Us The Ballot,” calls “a concerted attempt to end the second Reconstruction,” what’s Manchin thinking about?

In an op-ed Sunday, Manchin insisted that “The right to vote is fundamental to our American democracy and protecting that right should not be about party or politics.” This sentence should be the foundation of a stinging rebuke to Republicans who are undermining that right across the country, but Manchin used it to slam his fellow Democrats.

He says he will not support S.1, the For the People Act he co-sponsored in the last Congress. The bill includes a panoply of ways to make it easier to vote and for votes to count more equally. It’s the closest thing to a direct antidote to the wave of GOP anti-voter bills sweeping the nation.

Mark it on your calendar: January 6, 2025 could be the date American democracy dies

Rather than prioritizing the protection of democracy by improving access to the polls or negotiating for a a version of S.1 he can still support, Manchin is going all in on preserving the filibuster, a fluke of history that has been perverted by Senate Republican Leader Mitch McConnell into almost complete minority control of the Senate.

There are lots of theories about why Manchin is doing this.

Manchin is being heavily courted by lobbyists including the Koch network. His cooperation with the right could make the multimillionaire an even richer lobbyist after he’s done with the Senate. If he stayed and put the filibuster out of its misery, his Senate ties would be even more valuable in a newly productive upper house of Congress.

Stephen Bannon thinks Manchin is a perfect candidate to recruit to the GOP,  which would destroy the bare Democratic Senate majority and President Joe Biden’s ambitious plan to reshape the judiciary. But Manchin could have jumped ship when Republicans controlled Congress and the White House, likely for much greater rewards. Instead, he didn’t even vote for Trump’s tax cuts.

Manchin’s biggest fans have got to be Democrats, like Sen. Maggie Hassan, who’d would rather not take tough votes when every member of the caucus could be blasted as the deciding vote for any controversial move. But the idea that Manchin’s main concern is protecting other Democrats misses the point: He is doing what he thinks is in his best personal interests, regardless of the consequences.

Right to vote is now a partisan issue

Manchin probably understands West Virginia politics better than any Democrat alive. He has multiple statewide wins in a state no Democratic presidential candidate has won this century. Having the left furious at him probably helps him in West Virginia, even more than passing the For the People Act, which a recent poll shows 79% of West Virginians support.

Unfortunately, he may be right – and I’m just helping him with another screed coming at him from the left. Regardless, he knows he’ll be fine whatever happens to our democracy, whether he wins in 2024 or not.

The best thing you can say about Manchin is that he’s an institutionalist. It’s too bad the institution he wants to preserve above all is Mitch McConnell’s Senate. That’s a Senate where Republicans get what they want – judges and tax cuts – with 50 votes, while Democrats get to watch Manchin and Republicans, who represent tens of millions fewer Americans than they do, destroy an agenda supported by majorities in both parties.

The right to vote, unfortunately, is a partisan issue. And if Manchin isn’t willing to admit that, he’s not for bipartisanship. He’s against democracy.

Jason Sattler, a writer based in Ann Arbor, Michigan, is a member of USA TODAY’s Board of Contributors and host of “The GOTMFV Show” podcast. Follow him on Twitter: @LOLGOP