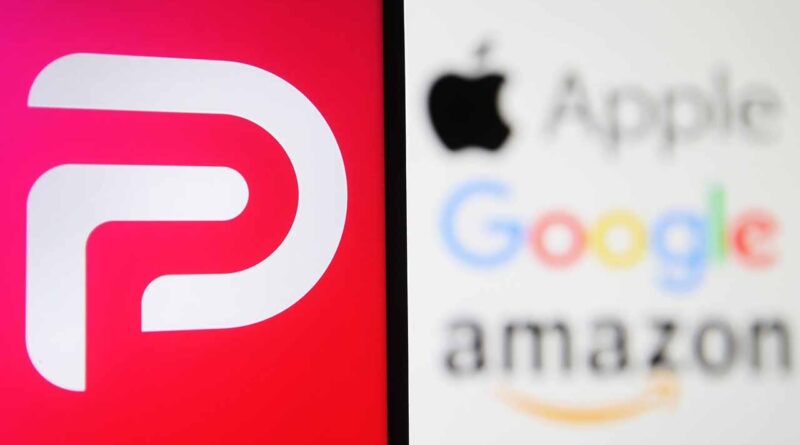 What does the future hold for Parler after Big Tech blacklist?

Lawmakers are asking the FBI to investigate the role free-speech app Parler – a social media platform favored by conservatives and President Donald Trump’s supporters – played in the Capitol Hill riots, though planning and discussions also occurred on other popular social media platforms.

In a letter to FBI director Christopher Wray, House Oversight Committee members Reps. Carolyn Maloney, D-N.Y., and James Comer, R-Ky., requested a “robust examination of the role that the social media site Parler played in the assault [on the Capitol],” including its potential use in planning and incitement, as a repository for evidence and a potential conduit for foreign governments to finance civil unrest.

Google and Apple removed Parler from their app stores shortly after the siege on Capitol Hill over its failure to moderate “egregious content,” including violent threats made against lawmakers’ lives and intent to bring weapons to the Jan. 6 riot.

Shortly after, Amazon announced it would no longer host Parler on Amazon Web Services, effectively taking it offline altogether.

ALEX BERENSON: SHUTDOWN OF PARLER IS BIG TECH’S ‘MOST DANGEROUS’ MOVE YET

However, there were still discussions about the riot occurring on those platforms. Organizers for the pro-Trump march on Washington had open discussions on Facebook and Instagram using the hashtags #StopTheSteal and #FightForTrump.

Media Matters reported on Jan. 5 that discussions about bringing weapons to D.C. were taking place in private Facebook groups.

“I think these events were largely organized on platforms that don’t have our abilities to stop hate, don’t have our standards and don’t have our transparency,” Sandberg said. She did note, however, that enforcement is never perfect.

According to USA Today, Facebook said calls for violence and the risk of violence – which it has been tracking – have been high ever since Jan. 6.

A spokesperson for Rep. Maloney did not return Fox News’ request for comment as to whether Facebook would be included in the comprehensive investigation.

In a statement regarding the FBI probe, a Parler spokesperson said the company will continue to cooperate with law enforcement efforts.

A U.S. District Court in Seattle on Thursday denied Parler’s request for an emergency injunction against Amazon while the larger complaint is considered.

The court said Parler failed to demonstrate that it would prevail in the ultimate ruling or that the public interests would be better served by granting the injunction.

Parler, which was founded in 2018, was “built upon a foundation of respect for privacy and personal data, free speech, free markets, and ethical, transparent corporate policy.”

Some conservatives – like Sens. Ted Cruz, R-Texas, and Rand Paul, R-Ky. – began turning to the platform this year after becoming frustrated with content moderation on the major platforms.

The platform, however, had also become popular among conspiracy theorists and elements of the far-right.