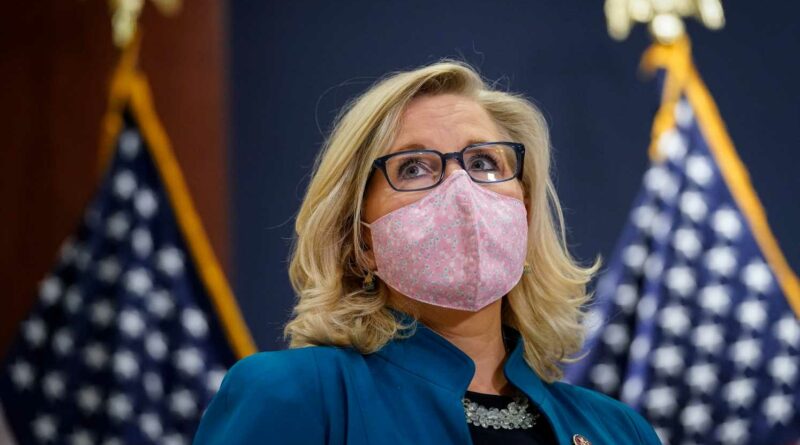 House Republicans have debated about Rep. Liz Cheney’s future in public. The actual vote will be conducted in private.

When the meeting starts around 9 a.m. Wednesday, the doors will close to the press. Members will have a chance to say something and then they will cast a secret ballot to decide whether she should remain chair of the GOP Conference.

That means no one will really know how each of the 212 Republicans vote on whether to keep Cheney even if they make public pronouncements about her. The vote will be decided by a simple majority of the caucus.

When the votes are cast and the tabulation is complete, House Minority Leader Kevin McCarthy, R-Calif., is expected to come out of the meeting and announce the results to the press.

‘I will not sit back’: In fiery speech, Rep. Liz Cheney calls Trump a ‘threat’

Cheney’s speech: ‘I know the topic is cancel culture.’ What Rep. Liz Cheney said in her House floor speech about Trump

Who is Liz Cheney, the third most-powerful House Republican?

Rep. Liz Cheney, the daughter of former Vice President Dick Cheney — who served alongside former President George W. Bush — has been widely respected in conservative politics and was considered one of the next in line to lead House Republicans.

But she was one of 10 Republicans in the House to vote for Trump’s impeachment over his alleged incitement of the deadly Jan. 6 riot at the Capitol, and has since remained firm in her belief that Trump’s rhetoric led to the violence.

She has headed the House Republican Conference since 2019 and is the third-ranking Republican in the House. Cheney, Wyoming’s only representative, faces a vote to remove her from her leadership position Wednesday morning.

Liz Cheney: ‘I will not sit back’

Rep. Liz Cheney, who on Wednesday faces a vote to remove her from House Republican leadership, tore into former President Donald Trump on Tuesday evening in a fiery speech on the House floor.

Cheney, the third most-powerful House Republican, has angered some in the party for her repeated criticism of Trump and his claim the 2020 election was stolen from him. A vote behind closed doors and by secret ballot is scheduled for Wednesday morning.

House Republicans meet behind closed doors on Capitol Hill Wednesday to make a major decision likely to highlight a deepening rift in a party hoping to retake control of Congress in 2022.

Will they keep Rep. Liz Cheney as the chamber’s third-ranking Republican, or toss her out to make way for a leader more supportive of former President Donald Trump?

Lawmakers will vote by secret ballot whether to oust Cheney as chair of the House Republican Conference, the result of weeks of drama within the House GOP.

The three-term congresswoman from Wyoming and daughter of former Vice President Dick Cheney has drawn anger from her GOP colleagues in recent weeks as her vocal pushback against Trump’s false claims of a stolen 2020 election aggravated party leaders loyal to the former president.

‘I will not sit back’: In fiery speech, Rep. Liz Cheney calls Trump a ‘threat’

What is a House GOP chair?: Liz Cheney is set to be removed from her post as House GOP Conference chair. What does the chair do?

They’ve said Cheney has become a distraction from the mission to take back the House in next year’s mid-term races.

“Having heard from so many of you in recent days, it’s clear that we need to make a change,” House Minority Leader Kevin McCarthy, R-Calif., wrote in a letter Monday to fellow Republican lawmakers.

High-ranking Republicans including Trump, are backing New York Rep. Elise Stefanik, a fierce defender of the former president, to replace Cheney.If Cheney is removed Wednesday, a vote on her replacement is expected to take place at a later time.

Should the House GOP purge Cheney from leadership, it would be the latest evidence of a deep split in the Republican Party,in which some see Trump as its best path to electoral victory while some, like Cheney, say it should move beyond the former president.

Democrats hold slim majorities in the House and Senate and Republicans are eager to pick up seats in 2022 to regain majorities in both chambers.

In a fiery Tuesday evening speech on the House floor, Cheney ripped into Trump and his fraud claims, calling him a “threat.”

“I think we’re better trying to expand the number of people who want to vote for Republicans as opposed to shrink that number,” he told reporters on Capitol Hill Monday. “I think she’s a person of integrity who follows her conscious and speaks the truth. And I think it will do nothing but drive some people away from our party.”

House Republicans will meet at 9 a.m. ET Wednesday behind closed doors to hold a secret-ballot vote on Cheney. She can be removed by a simple majority of the  212-member Republican caucus.

In the letter to Republican House members Monday, McCarthy wrote the party’s “driving focus would be taking back the House in 2022” and “internal conflicts need to be resolved so as to not detract from the efforts of our collective team.”

Trump issued a statement last week through his Save America PAC in which he slammed Cheney as a “warmongering fool who has no business in Republican Party Leadership” and threw his support behind Stefanik.

“We want leaders who believe in the Make America Great Again movement, and prioritize the values of America First,” the former president said.

Cheney angered many of her GOP colleagues in January when she not only led a group of 10 House Republicans who voted to impeach Trump on a charge he incited the Jan. 6 storming of the Capitol but also publicly called the former president out for his unfounded election fraud claims.

In February, Cheney retained her post in the party during a tumultuous, hours-long, closed-door meeting. Her fellow Republicans voted 145-61 (with one abstention) by secret ballot to keep her as chair.

After the meeting, Cheney told reporters the vote made clear “that we’re not divided and that we’re not going to be in a situation where people can pick off any member of leadership. It was a very resounding acknowledgment that we need to go forward together, and we need to go forward in a way that helps us push back the really dangerous and negative Democratic policies.”

Republicans, including Indiana Rep. Jim Banks, who chairs the Republican Study Committee within the GOP caucus, insist her removal has less to do with her ongoing skirmish with Trump and more about the distraction she had become.

“Any leader who is not focused on pushing back against the radical and dangerous Biden agenda needs to be replaced,” he told “Fox News Sunday.”

Opinion: Trump Republicans have had it with Liz Cheney and the democracy she chooses to defend

These 109 House Republicans Are Trying to Undermine Our Democracy

Fight over next coronavirus aid bill kicks into high gear in U.S. Congress

Stephen Moore: Biden wants US to rejoin Paris Climate Accord. Why? It puts America last