Home » Politics » Local elections 2022: Boris Johnson told to resign over Tory losses – ‘Little he can do’

Local Conservative leaders have called for Boris Johnson’s head after the party was humiliated in the local elections. Labour seized control of three symbolic councils from the Tories in London, including Wandsworth, which the party took control of for the first time since 1978. Outside the capital, the Conservatives also lost Southampton to Labour and failed to gain seats in “red wall” areas in the North and Midlands.

Many Tory councillors are angry at Boris Johnson, whose involvement in the Partygate scandal over lockdown-busting events in Downing Street, dominated the election campaign.

In February, a string of Tory MPs called for the Prime Minister to resign and submitted letters of no confidence in his leadership to the party’s 1922 committee of backbenchers chaired by Sir Graham Brady.

The process of removing the embattled Tory leader in a confidence vote was outlined by Dr Nicholas Dickinson, a political expert from the University of Oxford.

Speaking to Express.co.uk ahead of the elections, he said: “If Boris Johnson loses that vote of confidence among Conservative MPs, he won’t be able to run in the contest.

“And at that point, his political career, or at least his career as Prime Minister will be over.

“So, in that sense, there’s very little he can do.

“He has to hope that Graham Brady doesn’t get as many letters as are needed to start the contest and then hope that he wins that vote of confidence.

“But there is very little he can do to control that process.”

As the scale of Tory council losses becomes clearer, the chorus of voices calling for Mr Johnson to resign has grown louder.

Among them is Dr Antony Mullen, the leader of the Conservatives in Sunderland – a city Labour managed to hold onto in the elections despite it being eyed as a Tory target beforehand.

Calling for the Prime Minister to go, he told the BBC: “It’s been Partygate – it’s suppressed our turnout.

“Quite clearly that’s the only thing that has changed nationally that has affected this.

“The best chance of reviving the Conservative Party’s fortunes will be with a new leader.

“If there is no improvement in the party’s reputation, then clearly something has to change.”

Mr Mullen’s concerns were echoed by other local Tories, including John Mallinson, the former leader of Carlisle City Council.

He told Sky News that the Prime Minister “must shoulder an awful lot of blame” for the party’s disappointing results.

He claimed the electorate felt that “the Government is not in touch and, sadly I have to say, the PM cannot be relied upon to be telling the truth.”

Despite the Tories’ poor performance, the losses of council seats are not as severe as some in the party had feared.

The Conservatives are on course to lose between 200 and 300 seats – far less than the 800 that some polls had predicted before the elections.

Although Labour has seized councils from the Conservatives, it has not performed well in all areas, like Hull, for example, which it lost to the Liberal Democrats.

Dr Dickinson claimed that since the 2019 General Election – in which Mr Johnson led the Tories to a landslide win – Conservative voters have increasingly switched allegiance to Labour.

He said: “As time has gone on, there has been more direct switching to Labour.

“And there are some indications that the slide in the Conservative vote share is worse in the areas where Johnson did best in 2019 – or increased the share most in 2019.” 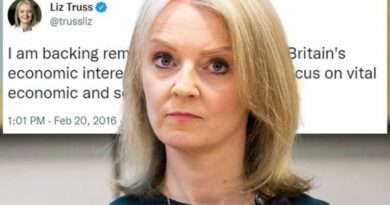 FDA Chief Warns Coronavirus ‘Not Yet Contained’ As U.S. Begins To Reopen