Billionaire philanthropist MacKenzie Scott said Tuesday she had donated $2.7 billion to 286 organizations across the country, her latest round of unrestricted giving meant to bolster the nation’s social and racial justice groups, educational and arts institutions.

Scott, who was married to Amazon founder Jeff Bezos, announced the news in a blog post on Tuesday saying she was deeply troubled by the surge in wealth among the billionaire class over the last year. Despite the size of her gift, she added that she hoped the focus would remain on the groups she’s supporting.

“People struggling against inequities deserve center stage in stories about change they are creating,” Scott said Tuesday. “This is equally — perhaps especially — true when their work is funded by wealth. Any wealth is a product of a collective effort that included them.”

The mammoth figure adds to an even larger one: In 2020, Scott donated nearly $6 billion to 500 organizations, saying the donations were meant to support groups tackling “complex challenges that require sustained effort over many years.” The beneficiaries included environmental groups, human rights and social justice organizations, and the donations have largely been unrestricted, meaning the recipient organizations can use the money as they see fit.

The new list includes similar stipulations, focusing on categories and communities that, according to Scott, “have been historically underfunded and overlooked.”

She pointed specifically to a recent rise in discrimination and hate crimes against ethnic and religious minorities, particularly in light of the COVID-19 pandemic.

Scott said the donations, free of any strings attached, were meant to make the recipients “feel valued … by unlocking their best solutions.” The average grant was just under $10 million.

“These are people who have spent years successfully advancing humanitarian aims, often without knowing whether there will be any money in their bank accounts in two months,” Scott said. “What do we think they might do with more cash on hand than they expected? Buy needed supplies. Find new creative ways to help. Hire a few extra team members they know they can pay for the next five years. Buy chairs for them. Stop having to work every weekend. Get some sleep.”

Scott, whose fortune has skyrocketed to some $60 billion over the past year despite her giving, wrote Tuesday that she hoped to minimize her personal role in the donations.

“Putting large donors at the center of stories on social progress is a distortion of their role,” she said in a post on Medium. “In this effort, we are governed by a humbling belief that it would be better if disproportionate wealth were not concentrated in a small number of hands, and that the solutions are best designed and implemented by others.”

Both Scott and her husband, Dan Jewett, have signed the Giving Pledge, promising to give away the majority of their wealth over their lifetimes. 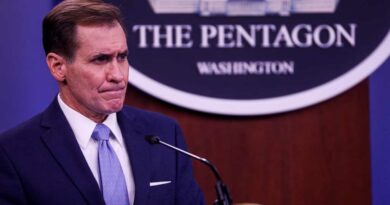