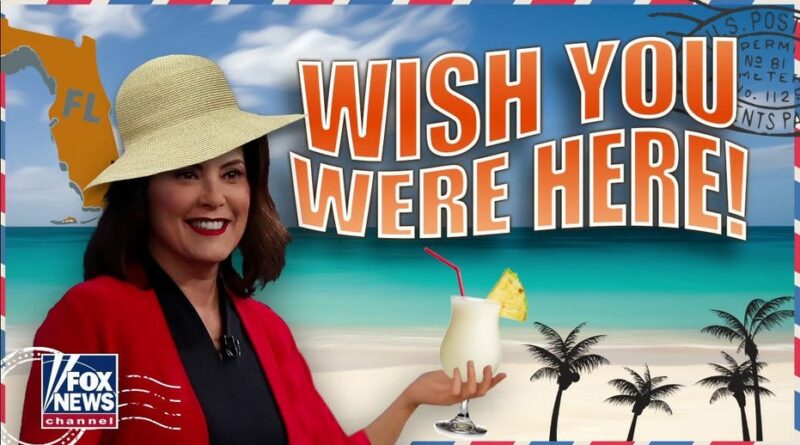 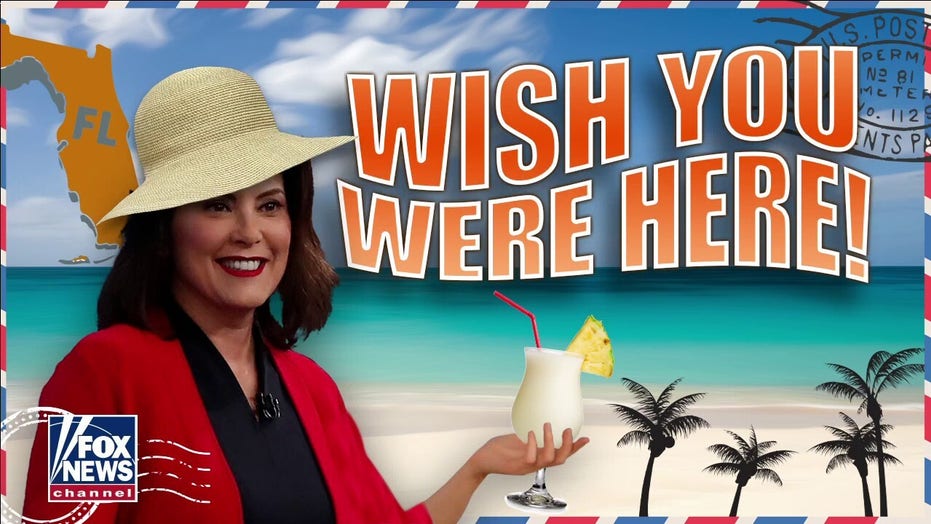 Michigan Gov. Whitmer went to Florida after warning citizens not to

EXCLUSIVE: The Michigan Republican Party filed a complaint against embattled Democratic Gov. Gretchen Whitmer for her infamous trip to Florida, calling on the Michigan secretary of state to pursue legal action against her.

The complaint, first obtained by Fox News, was filed on Friday by the Michigan GOP and alleges “numerous violations of the Michigan Campaign Finance Act” by the governor that came from her “four-day luxury trip” to visit her father in the Sunshine State.

Michigan Republican Party executive director Jason Cabel Roe told Fox News on Friday that Whitmer’s actions “surrounding this secret, luxury travel to Florida is just another example of her hypocrisy and incumbent leadership throughout the pandemic.”

“Regardless of the governor’s purported safety concerns with traveling commercially, she isn’t above the law, and must be held accountable,” Roe continued.

“Governor Whitmer has been recognized for her leadership during the pandemic and Republicans know it. It’s why they’ve already spent half a million dollars and a lot of time and effort to attack her,” Michigan Democratic Party spokesperson Rodericka Applewhaite told Fox News.

“These are just more partisan and bogus complaints in the MI GOP’s never-ending obstruction of Governor Whitmer’s successful handling of the pandemic, while they’ve simultaneously been doing everything in their personal, professional, and legislative capacities to set Michigan backwards, prolong the pandemic, and make it harder for our economy to recover,” she continued.

The complaint alleges that Whitmer “used a private Gulfstream jet” provided by Michigan chemical company PVS Chemicals, and pointed out that current position by the governor’s team is “that the luxury jet costs will either be paid for by the corporation” or her campaign. 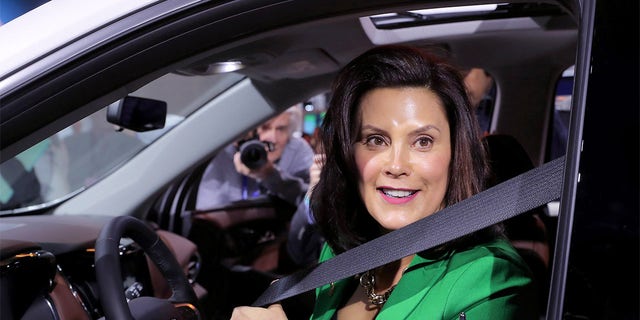 “Regardless of which entity pays for the trip, a clear violation of the [Michigan Campaign Finance Act] has occurred that should immediately be investigated and penalized to deter future continued illegal activity by Respondents,” the complaint says.

The document details how Whitmer’s office contacted PVS Chemicals about the flight and her “four day” trip, where she “did not inform Florida Department of Law Enforcement” or Palm Beach County authorities of her trip to see her father, which the complaint says Whitmer “admitted” was a personal trip through an attorney.

Additionally, the complaint includes a legal analysis of the situation, saying that, while the Department of Justice and U.S. Attorneys Office “may be interested in investigating potential issues of honest services fraud” from Whitmer “demanding the use of a private jet from businesses regulated by and doing business with the State of Michigan, the central issue here for the Bureau of Elections is whether the payment for Governor Whitmer’s personal travel by the Campaign is permissible under the [Michigan Campaign Finance Act].”

The legal analysis also pushes back against the Whitmer campaign’s claim the trip was an “incidental office expense,” that Whitmer may have taken a “prohibited corporate contribution” through the flight, and that her small payment of “$855 thus far” for the flight that cost over $20,000 “has no legal relevance and does not in any way cure her clear violation of Michigan law.”

“There is no other individual or organization who should have paid for the Governor’s luxury personal travel to Florida except for Governor Whitmer herself,” the document reads. “This is abundantly clear in light of the numerous complaints being filed against her and the organizations associated with this trip with various state and federal agencies.”

“We ask that the Secretary of State immediately investigate this conduct and penalize all responsible parties to the fullest extent of the law,” the complaint concludes.

This is not the first complaint filed against Whitmer for her controversial trip to Florida.

Advocacy group Americans for Public Trust (APT) filed an ethics complaint with the Michigan State Board of Ethics against Whitmer over the flight last month, alleging that the trip violated multiple facets of Michigan’s State Ethics Act including prohibitions against receiving gifts and engaging in personal activities due to her status as governor.

Additionally, conservative advocacy group Michigan Rising Action filed an IRS complaint against Whitmer last month, alleging that the governor’s trip was outside the tax-exempt scope of her transition organization that helped pay for the trip.

The governor is also facing controversy for her handling of the nursing home deaths in her state during the COVID-19 pandemic, where some say there is a “possibility” she undercounted the deaths.

Whitmer’s office and PVS Chemicals did not immediately respond to Fox News’ requests for comment.

Cuomo Warns He May Reverse Reopenings After New York Gets 25,000 Complaints

Moms, Here’s What All Your Pandemic Invisible Labor Is Actually Worth