President Joe Biden’s legislative agenda is being squeezed from both ideological wings of his party, creating a huge headache for Democratic leaders as they race to overhaul the nation’s infrastructure and pass other social programs.

On the one side, a group of moderate House Democrats is demanding House Speaker Nancy Pelosi (D-Calif.) schedule a vote on the Senate-passed bipartisan $1.2 trillion infrastructure bill as soon as possible ― before turning to a $3.5 trillion partisan spending measure dealing with climate, health care, housing and more. Like their counterparts in the Senate, the moderate House lawmakers do not support a package of such size.

On the other side, progressive lawmakers are threatening to vote against the bipartisan infrastructure bill, which they view as insufficient to solving growing threats like climate change, without passage of the additional $3.5 trillion bill Democrats plan to advance on their own through a special budgetary process called reconciliation.

Attempting to thread the needle, Pelosi floated a compromise on Sunday: advance both the Democrats’ $3.5 trillion budget resolution, which serves as a blueprint for the eventual bill, and the bipartisan $1.2 trillion infrastructure package with one vote. The legislative maneuver would theoretically keep both pieces of legislation linked and moving to the House floor at the same time. 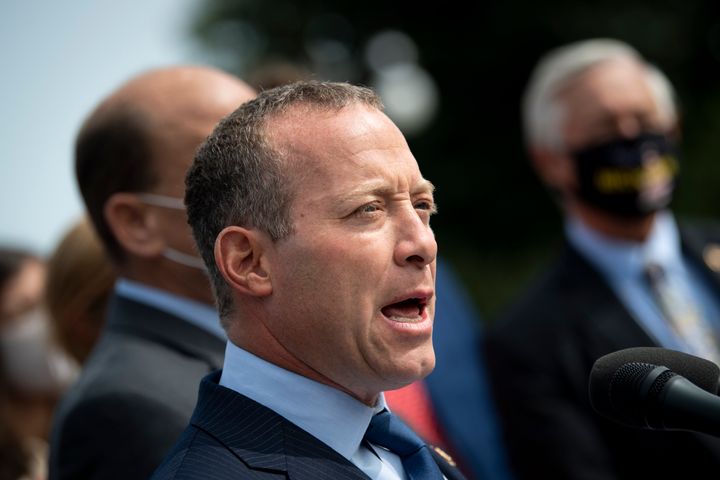 But the nine moderate House Democrats quickly shot down that suggestion, arguing that the country “simply can’t afford any delays” in passing the infrastructure overhaul.

“We should vote first on the Bipartisan Infrastructure Framework without delay and then move to immediate consideration of the budget resolution,” they wrote in a letter on Sunday.

The length of time between the passage of the two bills would probably be a matter of weeks if Democrats get on the same page ― relatively insignificant considering that Congress has struggled to pass a badly needed infrastructure overhaul for decades.

The opposition to Pelosi’s legislative schedule likely has more to do with politics. Democrats are facing the increasing prospect of losing their narrow House majority in 2022, and the moderates throwing a wrench in the party’s plans are on the front lines of the fight. They’re betting that by showing their constituents how they are fighting to narrow, or at least slow passage, of the $3.5 trillion spending measure, they’ll get to keep their job. Of course, they could lose their job anyway, as some moderate Democrats did after the passage of the Affordable Care Act in 2010.

In making their stand, the group of moderates has effectively taken a member of their own family hostage. Without passage of the added reconciliation package, their preferred proposal ― the bipartisan infrastructure bill ― is also dead.

For the moment, neither Pelosi nor the moderates have shown any indication of backing down. The intraparty showdown will need some sort of resolution before the House returns to Washington on Aug. 23, when they are expected to vote on the budget resolution.

“Colleagues, we are forging ahead with a bold and historic agenda, with progress we have not seen in fifty years,” Pelosi wrote in a letter to Democratic members over the weekend. “This legislation will stand for generations alongside the New Deal and the Great Society as pillars of economic security for working families. Indeed, these bills will be the biggest and most consequential initiatives that any of us have ever undertaken in our official lives.”

Republican: I support Trump but not offshore oil drilling. It would hurt my state economy.